Free travel information around the globe 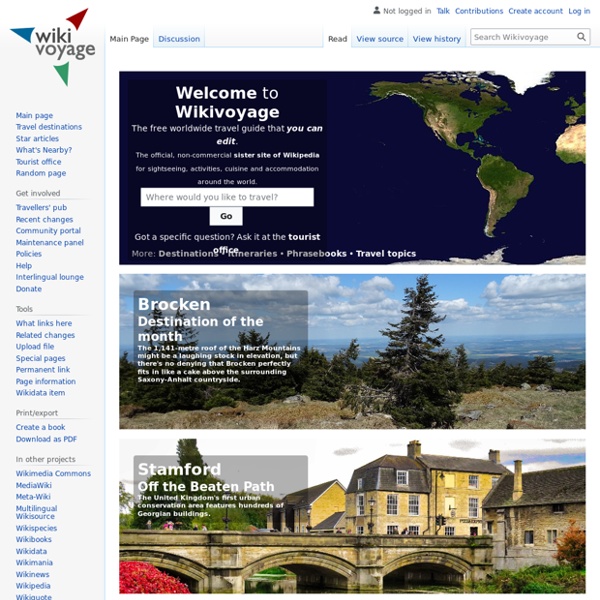 Related:  One Path, Many Mountains - Many Paths, One Mountain • Yararlı • Places • ceļot!!!

The Yin and Yang of Relaxation I have come to believe that those who study martial arts should never look on the Yin Yang figure as a mere symbol. Instead they should think of it as a formula, an equation written with pictures instead of numbers. You may feed in certain ideas, then see what comes out on the other side of that equal sign. Here is an example of that figure, the spiral alternation of black and white. This clearly shows that the basic idea behind the Yin and Yang picture characterizes these states as continually turning into one another: Yin to Yang and Yang to Yin. Flightradar24.com - Live flight tracker! In order to save data consumption Flightradar24 web page times out after 30 minutes. Please reload the web page to get another 30 minutes. Or get a Flightradar24 Premium subscription and Flightradar24.com will not time-out again!

Major Moments, Minor Thoughts on Media, Technology and Travel: The 25 Least Visited Countries in the World The 25 least visited countries of the world follow below. The most visited of those has 73,000 foreign tourists in a year, the least visited less than 200. That is way behind number one, France, with 79.5 million annual foreign visitors: 25. I was kidnapped - Anick-Marie Bouchard - CRF Travel Safety Awareness On February 24 2008, around 1 p.m., I was kidnapped. More than three years have passed since this unfortunate event. Luckily, nothing tragic then happened to me. I was neither raped nor stabbed, sequestrated nor assaulted; I was only threatened. Still, this incident marked the first test of my mental preparation, a giant leap out of my comfort zone, a jump with both feet, almost unconscious, into a danger zone.

Sunland Baobab - A Bar Inside a Hollowed Out Tree Sunland Baobab is a well-known enormous baobab tree in South Africa. It is one of the largest baobabs in South Africa with a circumference of 47 meter, or 33 meter, depending on who you believe, and a height reaching 19~22 meter. Regardless of the actual figure, everyone agrees that it is the widest tree on the entire continent. It is so big that there's room enough for a small pub inside. The Sunland Baobab is understandably, one of the area's most popular attractions. Welcome to Marinaleda - The Spanish Anti-Capitalist Town With Equal Wage Full Employment and $19 Housing By Jade Small / peacefulwarriors.net With virtually no police, crime or unemployment, meet the Spanish town described as a democratic, socialist utopia. Unemployment is non-existent in Marinaleda, an Andalusian village in southern Spain that is prosperous thanks to its farming cooperative. On the face of it, the Spanish town of Marinaleda is indistinguishable from any other in its region. Nestled in the picturesque Campiña valley, the surrounding countryside is made up of rolling green hills, miles of olive plantations and golden fields of wheat stretching as far as the eye can see. The town is pretty, tranquil and typical of those found in Andalusia, Spain’s poorest and most southerly province.

Double or muffin: about Double or Muffin : Double or Muffin Ben Gifford and Sean Pears grew up in Newton, Massachusetts, where they both attended Newton South High School. Soon after they met, Ben ran for class president, and Sean voted against him. Ben lost. Despite this, Ben and Sean later became close friends, which they have remained until this day. As they entered their early twenties, inspired by puns and the prospect of winning big, the two men embarked on a journey of risk and reward. HOW TO EARN MONEY WHILE TRAVELING? - Tomislav Perko Now when you learned how to save a lot of money on costs of transportation and accommodation, here is an article about how to make money on the road. If your travels last for a longer period of time, its not a bad idea to find a base and try to enhance your budget so your travels can last even longer. Because of that reason travelers decide to stay put for a while, to chill out and take a break from constant moving, and to save up for future endavours. So, what are the main ways to do that? 1.

Exchange Bar and Grill » About Us Exchange is New York’s first and only fully automated real time drink market, where the prices for your favorite drinks fluctuate depending on supply and demand! Watch a while when no one is ordering your favorite drink snag it when the cost falls to unbelievable lows—or use your leverage to jack up the price of any cocktail, drink, or shot for the whole bar. Or wait. . . and with a little insider information. . . catch the Market Crash when every drink in the bar hits rock bottom (all beers for $2, all drinks $3, and even top shelf for $4) Below the ticker, we have loads of wide-screen tvs, cold drafts and drinks, and seriously delicious food. Exchange Bar is the grown-up Sports bar Third Avenue has been waiting for. 4 huge TVs show all the games and a giant projection screen put you in the action. Grab your draft and lounge on our sleek granite bar, or head onto our outdoor seating and enjoy the gorgeous summer.

Via Hanseatica travel planner Are you sure you want to delete your unsaved trip? Are you sure you want to load new trip? Your previously composed trip is not saved and will be lost! Are you sure, you want to leave the page? Unsaved trip will be deleted. To save the trip you need to generate a code. Svalbard Svalbard (Norwegian pronunciation: [ˈsʋɑlbɑːɾ] or [ˈsʋɑːlbɑːɾ]; formerly known by its Dutch name Spitzbergen), is a Norwegian archipelago in the Arctic Ocean. Situated north of mainland Europe, it is about midway between continental Norway and the North Pole. The group of islands range from 74° to 81° north latitude, and from 10° to 35° east longitude. The largest island is Spitsbergen, followed by Nordaustlandet and Edgeøya.