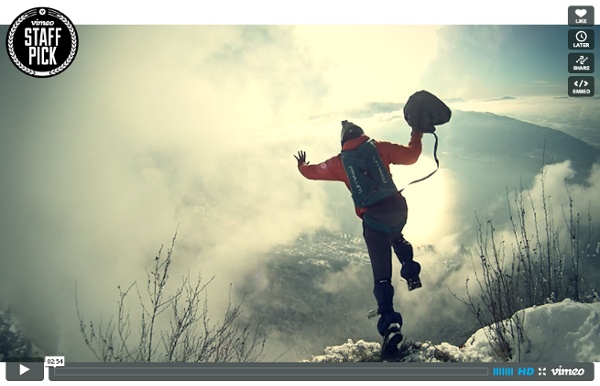 Related:  One Path, Many Mountains - Many Paths, One Mountain • Ocio • Descargue • Deportes

The Yin and Yang of Relaxation I have come to believe that those who study martial arts should never look on the Yin Yang figure as a mere symbol. Instead they should think of it as a formula, an equation written with pictures instead of numbers. You may feed in certain ideas, then see what comes out on the other side of that equal sign. Here is an example of that figure, the spiral alternation of black and white. This clearly shows that the basic idea behind the Yin and Yang picture characterizes these states as continually turning into one another: Yin to Yang and Yang to Yin. FullDocumentary.com First to purchase will own this one of a kind asset 1,538 Customers shopping on HugeDomains right now! 73% of all domains registered on the Web are .coms. The reason is simple: .com is the where most of Web traffic happens.

Top 50 Free Fonts Created in 2010 2010 is just going to end leaving good and bad memories and moments for everybody. 2010 also gave us some of the most professional, creative, fanciful, elegant, imaginative and graceful fonts of all time. Today we have collected a collection of top 50 free fonts created in 2010. We hope you will like this collection. OF SOULS + WATER: THE WARRIOR Submitted by Gerardo This video documents the “Phase 2″ testing of the Personal Jetpack, toward the development of the Jet Wing (alternate version to that of Yves Rossy’s). Phase 1 testing was previously done on skis, demonstrating fast uphill ascents and reaching a top speed of 47 mph. See link below:

Wooden Rug After fiddling around with different configurations, I decided to go with a staggered, brick-like pattern for interest and movement. I would be using a strong 1/2 inch cotton rope to hold the blocks together, but since I wanted the top of the rug to be smooth, I would need to drill into the sides of the blocks, thread the rope through these holes, for a flawless rug surface. Since my blocks were 5 inches wide, I would drill two holes into the sides of the blocks, both at the 1 inch mark of each side. This way the staggered configuration could hold strong. I used a drill press to make the holes, and a drill bit that was slightly larger in diameter than my rope. I made a quick jig on the drill press that would allow me to just insert a block and press down, creating a precise hole.

The Epic & The Beasts When we were kids we never dreamt of being a firemen, a pilot or superhero. We always wanted to be skateboarders, jumping up curbs, down the stairs and filp our boards as many times as we could. This has not changed until today. TOM KLEINSCHMIDT – RICHARD NAUMERTAT – ERIK GROß OCTAVIO TRINDADE – DAVID RADERECHT – SEBASTIAN LINDA Directed & Edited by Sebastian Lindasebastian-linda.de

Marble Machine 4.0 This is the fourth design of my marble machines. This was a collaboration between busted bricks and myself, he originally came up with the design and I have modified, improved and added a motor to it. The machine is cut from 3.2mm laser mdf,I sell the kits through my own website and I share most of my files on thingiverse. This instructable will take you through the complete process of assembling this little marble machine. Any comments, questions, clarifications and improvements will then be shared with the world and hopefully save myself a lot of effort in the future.

Felix Baumgartner’s Top Freefalls Submitted by InfinityList Mission delayed due to weather. Target launch now 5AM PT/12PM GMT on October 9! Watch it LIVE at youtube.com/redbull and BASE jumper Felix Baumgartner’s innumerate and incredible jumps are whittled down to just 5 of the best, with a focus on his race against a plane, his BASE jump from Petronas Tower, the unprecedented Wingsuit flight across the English Channel and more incredible feats. Click here to watch the Red Bull Stratos CGI Clip: PAGE 1: PULSE ARC WELDER I also designed an electronic board with two Pulse width modulated relay driver circuits to operate the two solenoids. This board has a microprocessor that will determine when the electrode touches the work piece to energize the argon solenoid and pull the electrode back. I can hear everyone asking, why a relay driver circuit and why do you need a processor to energize these solenoids? Why can't you just do it with a switch?The pulse width relay driver circuit is just to limit the current and also save some money on big heat sinks and components getting hot and burning out etc. This circuit works great and will definitely be used in the final design.