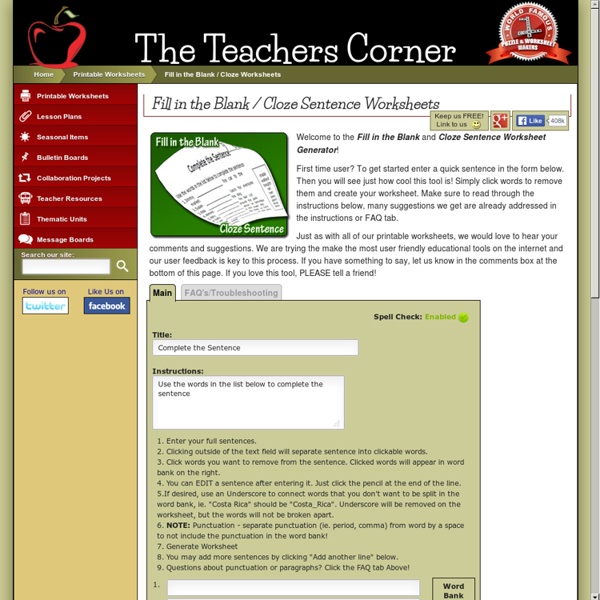 SynonymsVocabulary Games and Resources For example “big” (an adjective), “slowly” (an adverb) and “talk” (a verb) all have synonyms, while “sock” (a noun) does not. Synonyms are fun to learn using matching and pick-it games. Kids like learning synonyms thanks to online synonym games as well as online kids dictionaries. There are many synonym resources for teachers available for creating synonym lesson plans, synonym worksheets and synonym classroom activities. Also online, a kids’ thesaurus is a useful way to create synonym lists as is a kids’ dictionary. Synonym games for elementary school students are very popular with third, fourth and fifth graders, while the Basal Reader Synonym Match is an ideal middle school synonym game. ESL students also greatly benefit from using fun online synonym games as these help them master the nuances of English vocabulary.

The Gettysburg Address Four score and seven years ago our fathers brought forth on this continent a new nation, conceived in Liberty, and dedicated to the proposition that all men are created equal. Now we are engaged in a great civil war, testing whether that nation, or any nation, so conceived and so dedicated, can long endure. We are met on a great battle-field of that war. We have come to dedicate a portion of that field, as a final resting place for those who here gave their lives that that nation might live. It is altogether fitting and proper that we should do this. But, in a larger sense, we can not dedicate…we can not consecrate…we can not hallow this ground. Abraham Lincoln 19th November 1863 Speeches That Changed World

HomophonesVocabulary Games and Resources then they are also homographs. Kids have a lot of fun with homophones and particularly enjoy learning about homophones using fun online matching and fill-in-the-blanks games. Kids like learning homophones thanks to online homophone games as well as online kids dictionaries. Homophone games for elementary school students are very popular with third, fourth and fifth graders, while learning homophone definitions in sixth through eighth grade is a good precursor to playing middle school homophone games. ESL students also greatly benefit from using fun online homophone games as these help them differentiate English vocabulary words that sound identical but that have different meanings, whether or not they are spelled differently.

Synonym Worksheets Synonyms and Antonyms Series - The Complete Guide - Save Time! View Now... Simile Exercises - Simile Synthesis - Sentence Rewriting View Now... Synonym Worksheets Synonyms are words that have similar or the same meanings. The Synonym Drop We pick words out of sentences and ask you to determine the correct word to drop in its place. Synonym Replacement We ask you to change words in a reading passage. Sentences With Synonyms We tell you which words to change, we just give you a word bank to work with. Pulling Synonyms Together You choose between two possible words to match the meaning of the words. Walk the Plank, Synonyms! Means The Same Find two words in each row that have a similar meaning. The Synonym Retake Change the words that we point out in the sentences. Snatch a Synonym This is a really good review. Synonym Password This is in your basics testing format. Synonym and Antonym Match This includes antonyms with it. Elementary Level Synonym Worksheet This is a basic matching activity.

The 100 best novels written in English: the full list 1. The Pilgrim’s Progress by John Bunyan (1678) A story of a man in search of truth told with the simple clarity and beauty of Bunyan’s prose make this the ultimate English classic. 2. By the end of the 19th century, no book in English literary history had enjoyed more editions, spin-offs and translations. 3. A satirical masterpiece that’s never been out of print, Jonathan Swift’s Gulliver’s Travels comes third in our list of the best novels written in English 4. Clarissa is a tragic heroine, pressured by her unscrupulous nouveau-riche family to marry a wealthy man she detests, in the book that Samuel Johnson described as “the first book in the world for the knowledge it displays of the human heart.” 5. Tom Jones is a classic English novel that captures the spirit of its age and whose famous characters have come to represent Augustan society in all its loquacious, turbulent, comic variety. 6. 7. 8. Mary Shelley’s first novel has been hailed as a masterpiece of horror and the macabre. 9. 10.

English language Facts English is currently one of the most widely spoken and written languages worldwide, with some 380 million native speakers. English is spoken by one out of every six people in the world. It is the primary language of the United States, the U.K., Australia, New Zealand and, partly, Canada. English Language History English is an Anglo-Frisian language brought to Britain in the 5th Century AD by Germanic settlers from various parts of northwest Germany. English Statistics There are some facts about English you might be interested in knowing. English Flag English Courses English in England Portugal is the home of the Portuguese language that is the mother tongue to about 200 million of people. English in United States Learning English in the United States is for people who want to develop their English skills and also learn about the culture of this marvellous country.

Vocabulary Games, English Vocabulary Word Games Draft EU deal: What Cameron wanted and what he got Image copyright Reuters David Cameron has hailed a draft EU reform deal as delivering the "substantial changes" he wants to see to the UK's relationship with the 28-nation bloc. He says some work is needed to hammer out the details ahead of a crunch summit in Brussels on 18 February. But how does the 16-page letter drawn up by the President of the European Council, Donald Tusk, measure up to what the prime minister originally wanted from the negotiations? The BBC's chief correspondent Gavin Hewitt gives his verdict while Europe correspondent Chris Morris looks at how the deal will be perceived elsewhere in the EU. Sovereignty What Cameron wanted: Allowing Britain to opt out from the EU's founding ambition to forge an "ever closer union" of the peoples of Europe so it will not be drawn into further political integration in a "formal, legally binding and irreversible way". "It is recognised that the United Kingdom... is not committed to further political integration into the European Union.

A Quiz: 25 Common Idioms that you Really Need to Know I know the feeling. I have been there. You have studied English really hard this year. You have been willing to go the extra mile a thousand times because you knew it was going to be worth your while. Just by sheer luck, at a party, you are introduced to a British person and you feel it’s your opportunity to shine. “Did he just say something about the skin of my teeth?” Yes. In this quiz you’ll find some very common idioms used by native speakers. Blog de Cristina is also on facebook. Tool used: Riddle Do you know what these idioms mean ? If something is on your bucket list You need to buy it quickly You want to do it before you die It is something you do when it is raining If you cut corners You do something in the easiest or most inexpensive way You are in a strong position when you are competing with someone else You stop doing something before you have finished If you bite off more than you can chew You eat everything on a plate, thus depriving anyone else of having any You drink very heavily