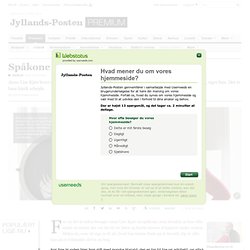 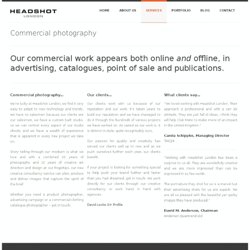 We have no salesmen because our clients are our salesmen, we have a custom built studio, so we can control every aspect of our studio shoots and we have a wealth of experience that is apparent in every new project we take on. Story telling through our medium is what we love and with a combined 20 years of photography and 15 years of creative art direction and design at our fingertips, our new creative consultancy service can plan, produce and deliver images that capture the spirit of the brief. Whether you need a product photographer, advertising campaign or a commercial clothing catalogue photographer – get in touch. Our clients… Breast Milk Worth More Than Oil. One of the surprising facts in Florence William’s new book: breast milk is more expensive than oil. 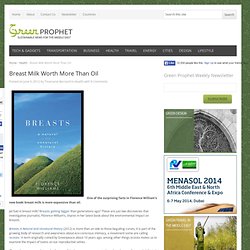 Jet fuel in breast milk? Breasts getting bigger than generations ago? These are just two discoveries that investigative journalist, Florence William’s, shares in her latest book about the environmental impact on breasts. Breasts: A Natural and Unnatural History (2012) is more than an ode to those beguiling curves; it is part of the growing body of research and awareness about eco-conscious intimacy, a movement some are calling ‘ecosex.’ A term originally coined by Greenpeace about 10 years ago, among other things ecosex invites us to examine the impact of toxins on our reproductive selves. Climate Actions and Organic Farming in the Caribbean. Historical Turkish Bath. Patisserie Valerie - Café Locations. Albion Cafe, Bakery and Food Store. The multi award-winning bakery is at the heart of Albion and this is mostly thanks to Matthieu Cauty, the head baker. 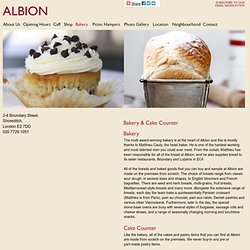 He is one of the hardest working and most talented men you could ever meet. From the outset, Matthieu has been responsible for all of the bread at Albion, and he also supplies bread to its sister restaurants, Boundary and Lutyens in EC4. All of the breads and baked goods that you can buy and sample at Albion are made on the premises from scratch. The choice of breads range from classic sour dough, in several sizes and shapes, to English bloomers and French baguettes. John Rabe (film) John Rabe (released in the United Kingdom as City of War: The Story of John Rabe) is a 2009 German-Chinese-French biopictorial film directed by Florian Gallenberger and starring Ulrich Tukur, Daniel Brühl and Steve Buscemi. 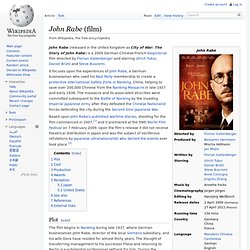 It focuses upon the experiences of John Rabe, a German businessman who used his Nazi Party membership to create a protective International Safety Zone in Nanking, China, helping to save over 200,000 Chinese from the Nanking Massacre in late 1937 and early 1938. The massacre and its associated atrocities were committed subsequent to the Battle of Nanking by the invading Imperial Japanese Army after they defeated the Chinese Nationalist forces defending the city during the Second Sino-Japanese War. Based upon John Rabe's published wartime diaries, shooting for the film commenced in 2007,[1] and it premiered at the 59th Berlin Film Festival on 7 February 2009. Under all the stress, Dr. Wilson and Rabe become friends, drinking, singing, and playing the piano together. Urban Dictionary, January 5: 5 To 3 Scale. 8 Habits of Remarkably Successful People. I'm fortunate to know a number of remarkably successful people. 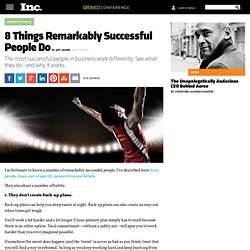 I've described how these people share a set of specific perspectives and beliefs. They also share a number of habits: 2013 Predictions: Top-10 telecom trends for 2013 – What to watch in the coming yearMobile Technology. Editor’s Note: With 2013 now upon us, RCR Wireless News has gathered predictions from leading industry analysts and executives on what they expect to see in the new year. 1. 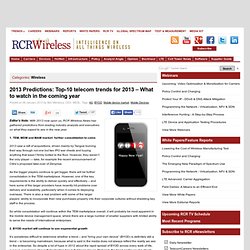 TEM, MDM and MAM market: further consolidation to come 2013 saw a raft of acquisitions, driven mainly by Tangoe burning their way through not one but two IPO war chests and buying anything that wasn’t firmly bolted to the floor. However, they weren’t the only player — take, for example the recent announcement of Citrix’s proposed take-over of Zenprise. As the bigger players continue to get bigger, there will be further consolidation in the TEM marketplace.

So while consolidation will continue within the TEM marketplace overall, it will probably be most apparent in the mobile device management space, where there are a large number of smaller suppliers with limited ability to serve the needs of international enterprises. BENIGN TUMOR STRUCTURES. Iuhci300g.files.wordpress.com/2008/09/bbc.jpg.