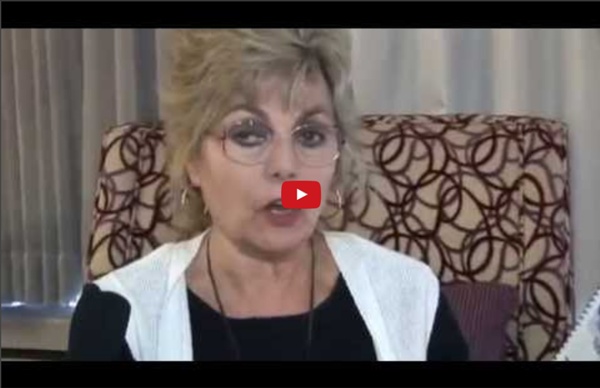 Related:  You Should Know This

10 Amazing and Interesting Facts About The Human you did'nt know.. - Mind Blowing Facts 1. Rare Natural Hair Color Natural red color of hair is the rarest hair color among all others in the world. World War III may have already begun: U.S. empire vs. Russia, China and North Korea (NaturalNews) Military historians have said that the world stumbled into World War I, while it ran headlong into World War II. How will World War III begin? It may have started already. A few geopolitical observers think World War III began when the United States and much of the West launched military campaigns against militant Islam.

The Clone Conspiracy: Royal and Presidential Clones, page 31 Hi ATS Friends, I shall now post something very relevant pertaining to what is actually BEHIND THE CLONE CONSPIRACY. IMPORTANT: Note that this report caused a Browser CRASH on my brand new top of the line Apple computer while typing it ! The Nazis' British bankers - News Historians uncovering the story of the gold trade that financed the Nazi war machine would love to have sight of them - not because they will provide further evidence of Swiss guilt in the trade but because they could expose other countries involved, including Britain. In the saga of Nazi gold, it is always the Swiss who are to blame; the Swiss who were prepared to accept bullion looted from the victims of German oppression to the extent that the war was prolonged longer than necessary. But if the historians are right, these papers will go to the heart of the British financial establishment and raise questions about the allegiance of one of the most powerful figures of his day, former Governor of the Bank of England, Sir Montagu "Monty" Norman. Academics believe the archive will show that the Bank, led by Sir Monty, bent over backwards to help the Nazi war machine. In an age without television and media access, Norman's was a household name. For Churchill, this was not good enough.

US changes nuclear strategy to first strike: Analyst A US-made nuclear weapon (file photo) The United States has changed its military doctrine in favor of using nuclear weapons for preemptive purposes, an analyst writes for Press TV. “US war doctrine has been changed. US nuclear weapons are no longer restricted to a retaliatory force, but have been elevated to the role of preemptive nuclear attack,” Paul Craig Roberts wrote in a column for Press TV website. Ben Bernanke's Banksters Legacy Ben Bernanke's Banksters Legacy With Ben Shalom Bernanke set to depart on the last day of January 2014, the critique and speculation of his tenure as Chairman of the Federal Reserve begins. The mainstream financial press is giving mostly favorable accounts. Heretofore, such praiseworthy acclamations strike a shape contrast with the actual record of the state of the economy.

DC Police Misconduct: Over 100 Arrested, 47 Convicted in Last 5 Years Daily Sheeple In the last month, three D.C. officers were accused in unrelated investigations involving child pornography, attempted murder and the running of a prostitution operation involving teenage girls. More than 100 officers have been arrested in the last 5 years in D.C.. CIA and FBI Work with Fascists in Ukraine as ‘War in Europe’ Unfolds ‘Andriy Parubiy, the National Security and Defense Council boss of the junta in Kyiv, announced on Sunday the Ukrainian military will expand the “active stage of the operation in towns where extremists and terrorists are carrying out illegal activities.” The renewed effort to assert control and defeat anti-junta activists and paramilitaries in Donetsk, Sloviansk, Kramatorsk, Kostyantynivk and other towns in eastern Ukraine coincides with news the CIA and FBI will work with the regime to put down popular uprisings against the government in Kyiv. On Monday, coup Interior Minister Arsen Avakov said the failure of police in Odessa, where violence claimed the lives of dozens of people over the last few days, has resulted in the formation of “Kiev-1,” a paramilitary comprised of “civil activists” who previously worked with the fascist Right Sector and Svoboda to overthrow Ukraine’s elected president in February.’

Why you should NEVER cut your hair (2 articles) Why you should NEVER cut your hair (2 articles) (Article 1) The Spiritual Nature Of Hair Sunday, March 10th, 2013 Deva Kaur Khalsa, 3ho Waking Times “Our hair fashions might be just a trend, but if we investigate, we may find that we have been depriving ourselves of one of the most valuable sources of energy for human vitality.” -Yogi Bhajan Consider the possibility that the hair on your head is there to do more than just look good. ALL WARS ARE BANKERS' WARS! "Those who don't know history are destined to repeat it." -- Edmund Burke (1729-1797) Epidemic Paid advertising at What Really Happened may not represent the views and opinions of this website and its contributors. No endorsement of products and services advertised is either expressed or implied. By Michael Rivero

Operation Mockingbird Exposed: Congressional Hearing Proves The CIA Controls Mainstream Media!!! Operation Mockingbird Exposed: Congressional Hearing Proves The CIA Controls Mainstream Media!!! *SUBSCRIBE* for more great videos! <br />Mark Dice is a media analyst, political activist, and author who, in an entertaining and educational way, gets people to question our celebrity obsessed culture, and the role the mainstream media and elite secret societies play in shaping our lives. Mark’s YouTube channel has received tens of millions of views and his viral videos have been mentioned on ABC’s The View, the Fox News Channel, CNN, the Drudge Report, TMZ, the New York Daily News, the New York Post, and other mainstream media outlets around the world. He has been featured on various television shows including the History Channel’s Decoded, Conspiracy Theory with Jesse Ventura, Secret Societies of Hollywood on E! He enjoys causing trouble for the New World Order, exposing corrupt scumbag politicians, and pointing out Big Brother’s prying eyes.