The True History and Purpose of NASA 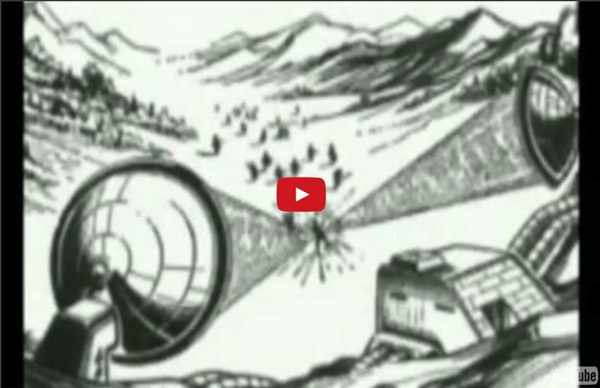 NASA Discovers Hidden Portals In Earth’s Magnetic Field Our planet has come a long way in scientific breakthroughs and discoveries. Mainstream science is beginning to discover new concepts of reality that have the potential to change our perception about our planet and the extraterrestrial environment that surrounds it forever. Star gates, wormholes, and portals have been the subject of conspiracy theories and theoretical physics for decades, but that is all coming to an end as we continue to grow in our understanding about the true nature of our reality. In physics, a wormhole was a hypothetical feature of space time that would be a shortcut through space-time. Turning science fiction into science fact seems to happen quite often these days and NASA did it by announcing the discovery of hidden portals in Earth’s magnetic field. NASA calls them X-points or electron diffusion regions. NASA used its THEMIS spacecraft, as well as a European Cluster probe, to examine this phenomenon. Source:Collective Evolution Related:

NASA-USAF SPACECOM-BOEING SVS Directed Energy US Military Space Weapons Platform Physics and Astronomy Online Portal High School Physics and AP Physics Online Practical Physics This website is for teachers of physics in schools and colleges. It is a collection of experiments that demonstrate a wide range of physical concepts and processes. Some of the experiments can be used as starting-points for investigations or for enhancement activities. Many have links to carefully selected further reading and all include information and guidance for technicians. Physics is a practical science. Good quality, appropriate physics experiments and investigations are the key to enhanced learning, and clarification and consolidation of theory. We have published a new set of resources to support the teaching of practical science for Key Stages 3-5.

Smile Into Your Organs: “A smile is an inexpensive way to improve your looks” Charles Gordy I love the idea that smiling is used as a healing and meditation practice by many ancient cultures. Taoists believe that holding a smile on your face and directing it inwards towards your organs and inner body, is the key to good health and longevity. Traditional Balinese healers know that a smile washes away bad energy and recommend smiling meditation as a simple way to calm the mind and bring health to the soul. The inspirational Thich Nhat Hanh has always encouraged us to smile as part of our daily practice for a more peaceful world, and as an essential ingredient in any walking meditation. Photo by stuck in customs: How to smile on the inside: I was first introduced to the Taoist exercise called the “inner smile” about 15 years ago. Each week we were guided to smile on our face, really feel the smiling energy and then imagine ( in our minds eye ) sending the smiling energy into each of our organs. .

Higher Density Blog In5D.com. By now, pretty much all of us know and accept that meditation provides a plethora of benefits, including reduced tension and stress and improved focus and concentration. However, how and why meditation does this has long remained unknown—until now! Harvard University scientists have published the results of an 8-week study that used magnetic resonance imaging (MRI) to examine the effects of meditation on the brain. Participants in the study practiced forms of mindfulness meditation every day for approximately 30 minutes. MRIs were taken at the beginning and end of the 8-week study. We know what you’re thinking: what is this mysterious gray matter that meditation is rebuilding? Research on the brain has shown that the amount and density of gray matter differs from individual to individual, and can determine or signify certain traits or talents. The Harvard study found that meditation can increase the density of the gray matter in the hippocampus, specifically. Found at:

The Effect of External Energies in Your Space By Caroline Diana Bobart From an intuitive standpoint, your aura or personal space is separated from the outer world by a permeable membrane of external energies. This turns you into a multi-dimensional, etheric telephone exchange of sorts! For better or for worse, you are constantly receiving and transmitting spoken and unspoken communication with the world around you through the medium of energy. This, in turn, registers upon your sensations, feelings, and thoughts. Most people are generally unaware of the inherent nature of their auras. The effect of these ongoing, for lack of a better word, conversations on your heart and mind/body system, sense of self, self-assuredness, and self-esteem are closely related to your current level of alignment with your most authentic self. When you respond to life from a still place of inner knowing and wisdom, you tend to instinctively engage more of the situations and relationships that honor your deepest needs and truth.