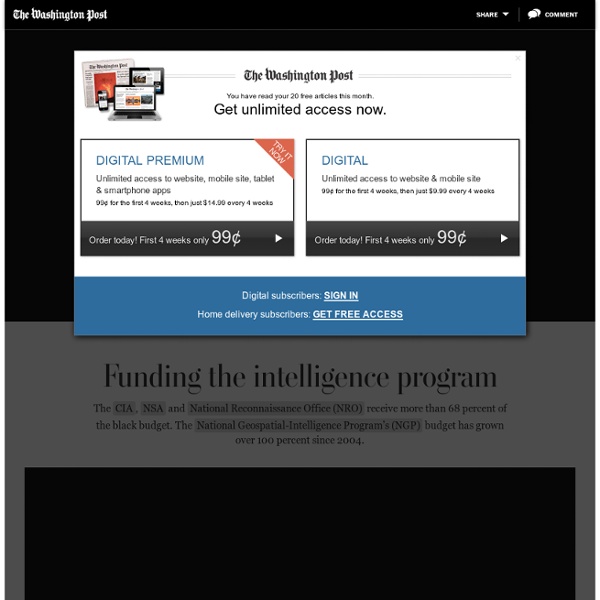 NASA Finds Three Super-Earths in Stars’ Habitable Zones NASA’s Kepler space telescope has discovered three planets that may be able to support life, while one of them is the most earth-like world spotted to date, scientists say. Two exoplanets have been discovered in their stars’ habitable zones, what is known as just the right range of distance where liquid water can exist on a planet’s surface. Kepler-62f is a rocky world 1.4 times bigger than earth and circles a star smaller and dimmer than the sun. Its neighbor, Kepler-62e, is just 1.6 times larger than Earth. Both are the smallest exoplanets ever found in their stars’ habitable zones. The third potential earth-like planet identified by the scientists is Kepler-69c, standing at 1.7 times bigger than Earth and orbits a star similar to our own sun. “We’re moving very rapidly towards finding an Earth analogue around a star like the sun,” Borucki told SPACE.com. Kepler-69c lies 2,700 light-years away in the Cyngus constellation. The three potentially habitable worlds are part of a larger find.

NASA Report verifies Carbon Dioxide actually Cools Atmosphere Practically everything you have been told by the mainstream scientific community and the media about the alleged detriments of greenhouse gases, and particularly carbon dioxide, appears to be false, according to new data compiled by NASA's Langley Research Center. As it turns out, all those atmospheric greenhouse gases that Al Gore and all the other global warming hoaxers have long claimed are overheating and destroying our planet are actually cooling it, based on the latest evidence. As reported by Principia Scientific International (PSI), Martin Mlynczak and his colleagues over at NASA tracked infrared emissions from the earth's upper atmosphere during and following a recent solar storm that took place between March 8-10. What they found was that the vast majority of energy released from the sun during this immense coronal mass ejection (CME) was reflected back up into space rather than deposited into earth's lower atmosphere. Dr. Source:Natural News Related:

NASA Contributes to The Evolution of the Humanoid Robot With "Valkyrie" This is an update to the ongoing technocratic mission to replace humans with robots. Nicholas WestActivist Post In the age of computers, things evolve exponentially. In just a few generations robots have gone from a scientific fantasy, to a playful curiosity, to entering the battlefield to replace and/or augment their human counterparts. We are already at the point where we have to consider what the next step of robotic evolution looks like. The humanoid robot is now poised to take a leap from a mere facsimile of human behavior to one that futurists suggest will not only walk like a human, but will possess self awareness, as well as a full range of high-tech computational spectrum analysis and capabilities . . . and emotions. So far, development in humanoid robots has been limited to their physicality. It is typical of any science with military applications to evolve in a dual- or even multi-use fashion. From the task section: The specific tasks are: Which is how humans naturally walk. iCub

NASA unveils prototype humanoid robot The robot looks like something from a science fiction movie. Image Credit: IEEE Spectrum The American space agency has revealed that it has been developing a 6ft robot known as Valkyrie. Weighing in at 20 stone, NASA's answer to Iron Man features sophisticated articulated legs and arms, a head that can tilt and swivel and hands with three fingers and a thumb. Capable of tasks such as walking across uneven terrain, driving, climbing ladders and using tools, the robot has been designed to be as autonomous and human-like as possible. Valkyrie is NASA's entry in the DARPA Robotics Challenge, a competition that aims to drive innovation towards robots able to take over the tasks conventionally assigned to humans. Source: Telegraph | Comments (7) Tags: NASA, Robot, Valkyrie

NASA-USAF SPACECOM-BOEING SVS Directed Energy US Military Space Weapons Platform NASA's RoboSimian Advances to DARPA Robotics Challenge Finals If you think robots need look like humans to be able to use human tools or rescue people in danger, then you don't know NASA's RoboSimian. Created by engineers at NASA's Jet Propulsion Laboratory (JPL) in Pasadena, Calif., RoboSimian is a strange four-legged machine that looks like an unholy cross between a spider and a chimp. The robot can walk on all fours, or fold in its hind legs and sit back on its wheeled haunches to wield its two dexterous arms. RoboSimian was one of 16 robots that competed last month in the DARPA Robotics Challenge Trials in Homestead, Fla. Sixteen teams from five different countries took part in the contest, and the robots were evaluated based on their performance in eight physical challenges. Most teams opted to work with two-legged humanoid robots, but JPL was joined by a few other teams in experimenting with different robotic designs, which included machines on four or six legs, and even one that rolled around on tracks like a tank.

NASA Releases Hundreds of Computer Codes Free to Public – Mngt Systems, Design Tools, Data Handling, Image Processing, Life Support, Aeronautics, Structural Analysis and Many More… (Before It’s News) As far as inventions go, the space agency is perhaps most famous for its hardware — its rockets, spaceships and telescopes — but many sophisticated software systems were born at NASA, too, from the primitive codes that guided the first astronauts to the moon to the codes that Earth-bound drivers of the Mars Curiosity rover write to get the robot to travel across the Red Planet. “Software is an increasingly important element of the agency’s intellectual asset portfolio, making up about a third of our reported inventions every year,” Jim Adams, NASA’s deputy chief technologist, said in a statement. “We are excited to be able to make that software widely available to the public with the release of our software catalog.” Many of the codes made available through the so-called Tech Transfer program will be free to use for U.S. citizens, though some systems will only be available to other federal agencies because of access restrictions, NASA officials said. Related

NASA Discovers Hidden Portals In Earth’s Magnetic Field Our planet has come a long way in scientific breakthroughs and discoveries. Mainstream science is beginning to discover new concepts of reality that have the potential to change our perception about our planet and the extraterrestrial environment that surrounds it forever. Star gates, wormholes, and portals have been the subject of conspiracy theories and theoretical physics for decades, but that is all coming to an end as we continue to grow in our understanding about the true nature of our reality. In physics, a wormhole was a hypothetical feature of space time that would be a shortcut through space-time. We often wonder how extraterrestrials could travel so far and this could be one of many explanations. Although scientists still don’t really understand what they have found, it does open the mind to many possibilities. NASA calls them X-points or electron diffusion regions. NASA used its THEMIS spacecraft, as well as a European Cluster probe, to examine this phenomenon. Related:

NASA pdf "Future Strategic Issues-Future Warfare" ... cleID=3889 Posted On: July 6th, 2012 Source: Imagine a cheap, tiny, hovering aerial drone capable of being launched with the flick of a person’s wrist and able to provide manipulable 360-degree surveillance views. It’s real, it’s inspired by maple seeds, and the company behind it, Lockheed Martin, envisions a future in which swarms of the new drones can be deployed at a fraction of the cost and with greater capabilities than drones being used today by the military and other agencies. “Think about dropping a thousand of these out of an aircraft,” said Bill Borgia, head of Lockheed Martin’s Intelligent Robotics Lab, in a phone interview with TPM, “Think about the wide area over which one collect imagery. The new drone which looks like very similar to a maple seed, with a small pod-like body attached a single whirring blade, is called the Samarai.

Project Constellation from Wikipedia... Project Constellation is a NASA program to create a new generation of spacecraft for human spaceflight, consisting primarily of the Ares I and Ares V launch vehicles, the Orion crew capsule, the Earth Departure Stage and the Lunar Surface Access Module. These spacecraft will be capable of performing a variety of missions, from Space Station resupply to lunar landings. Most of the Constellation hardware is based on systems originally developed for the Space Shuttle, although Orion's two-part crew and service module system is heavily influenced by the earlier Apollo Spacecraft. Proposed Constellation missions may employ both Earth Orbit Rendezvous and Lunar Orbit Rendezvous techniques. On July 31, 2005, the Orlando Sun published the first story detailing NASA's thinking on Project Constellation.