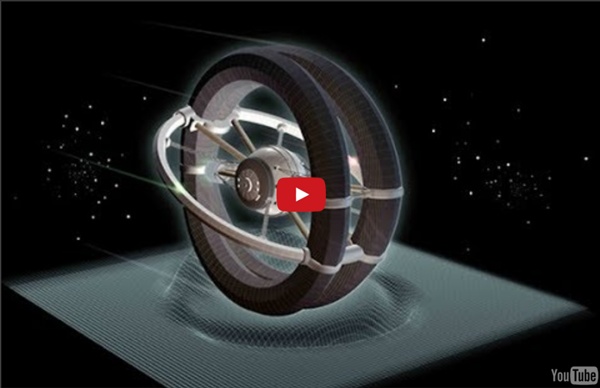 NASA Discovers Hidden Portals In Earth’s Magnetic Field Our planet has come a long way in scientific breakthroughs and discoveries. Mainstream science is beginning to discover new concepts of reality that have the potential to change our perception about our planet and the extraterrestrial environment that surrounds it forever. Star gates, wormholes, and portals have been the subject of conspiracy theories and theoretical physics for decades, but that is all coming to an end as we continue to grow in our understanding about the true nature of our reality. In physics, a wormhole was a hypothetical feature of space time that would be a shortcut through space-time. We often wonder how extraterrestrials could travel so far and this could be one of many explanations. Turning science fiction into science fact seems to happen quite often these days and NASA did it by announcing the discovery of hidden portals in Earth’s magnetic field. NASA calls them X-points or electron diffusion regions. Source:Collective Evolution Related:

NASA pdf "Future Strategic Issues-Future Warfare" ... cleID=3889 Posted On: July 6th, 2012 Source: Imagine a cheap, tiny, hovering aerial drone capable of being launched with the flick of a person’s wrist and able to provide manipulable 360-degree surveillance views. It’s real, it’s inspired by maple seeds, and the company behind it, Lockheed Martin, envisions a future in which swarms of the new drones can be deployed at a fraction of the cost and with greater capabilities than drones being used today by the military and other agencies. “Think about dropping a thousand of these out of an aircraft,” said Bill Borgia, head of Lockheed Martin’s Intelligent Robotics Lab, in a phone interview with TPM, “Think about the wide area over which one collect imagery. The new drone which looks like very similar to a maple seed, with a small pod-like body attached a single whirring blade, is called the Samarai.

NASA Discusses Evidence of Real-Life 'Portals' How NASA might build its very first warp drive I want to see this work as much as anyone else on io9, but every time I read an article on warp drive, I expend so much mental energy trying to wrap my head around the concept that my entire left hand side goes numb. Somewhere along the line my understanding of concepts such as the nature of Spacetime is deficient. Here's the problem. If someone could point me towards some legible books that I could buy that would help me understand where my understanding has gone wrong, I would be grateful. Thanks.

NASA-USAF SPACECOM-BOEING SVS Directed Energy US Military Space Weapons Platform Project Constellation from Wikipedia... Project Constellation is a NASA program to create a new generation of spacecraft for human spaceflight, consisting primarily of the Ares I and Ares V launch vehicles, the Orion crew capsule, the Earth Departure Stage and the Lunar Surface Access Module. These spacecraft will be capable of performing a variety of missions, from Space Station resupply to lunar landings. Most of the Constellation hardware is based on systems originally developed for the Space Shuttle, although Orion's two-part crew and service module system is heavily influenced by the earlier Apollo Spacecraft. On July 31, 2005, the Orlando Sun published the first story detailing NASA's thinking on Project Constellation.

Physics and Astronomy Online Portal Mission Manager Update: K2 in Campaign 4 A newly discovered exoplanet, Kepler-452b, comes the closest of any found so far to matching our Earth-sun system. This artist’s conception of a planetary lineup shows habitable-zone planets with similarities to Earth: from left, Kepler-22b, Kepler-69c, the just announced Kepler-452b, Kepler-62f and Kepler-186f. Last in line is Earth itself. Credits: NASA/Ames/JPL-Caltech Of the 1,030 confirmed planets from Kepler, a dozen are less than twice the size of Earth and reside in the habitable zone of their host stars. The discovery of a super-Earth-sized planet orbiting a sun-like star brings us closer than ever to finding a twin of our own watery world. To take a brief tour of the more prominent contenders, it helps to zero in on the “habitable zone” around their stars. The zone can be a wide band or a narrow one, and nearer the star or farther, depending on the star’s size and energy output. Kepler-452b is more similar to Earth than any system previously discovered. Deduct two points.