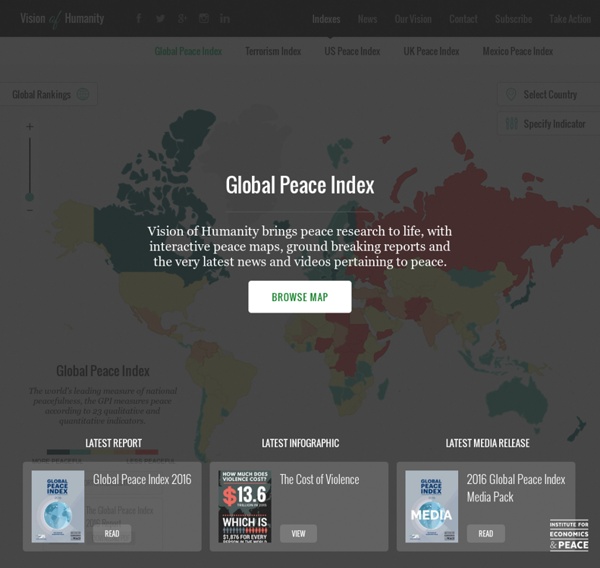 Consolidating Kurdish Power in Turkey and Syria Recently, Kurds on each side of the Turkey-Syria border have made significant advances in their quest for autonomy. In Turkey, those gains were won at the ballot box, while in Syria they were won on the battlefield. After garnering global sympathy and the support of U.S. airpower with their defense of Kobani against a formidable siege by the Islamic State (also called ISIS), Syria’s Kurds went on to capture the strategic town of Tel Abyad from ISIS on June 15. And as a result of Turkey’s elections a week earlier, the Kurdish-led People’s Democratic Party (HDP) has entered parliament, irrevocably altering Turkey’s political landscape. Indeed, seating the first Kurdish-oriented party in parliament constitutes a milestone for civil rights in Turkey.

What You Need To Know About The Bradley Manning Verdict By Hayes Brown "What You Need To Know About The Bradley Manning Verdict" CREDIT: AP Photo/Patrick Semansky At 1 PM EST, a military court handed down the long-awaited verdict in the case of United States v. Bradley Manning, finding him not guilty of the most serious charge against him, that of “aiding the enemy,” in leaking thousands of government and military documents. Manning has, however, been found guilty of another 19 charges, including 5 counts of espionage. Kenya building a digital future in Africa's silicon savannah If there is such a thing as an African version of California's Silicon Valley, the country that is arguably leading the race to the future is Kenya. Household tech names such as Google, Intel, Microsoft, Nokia and Vodafone all have a presence here, and IBM recently chose Nairobi for its first African research lab. Kenyans enjoy faster broadband connections than their counterparts in Africa's economic powerhouse, South Africa.

Data Visualization: Modern Approaches - Smashing Magazine Data presentation can be beautiful, elegant and descriptive. There is a variety of conventional ways to visualize data – tables, histograms, pie charts and bar graphs are being used every day, in every project and on every possible occasion. However, to convey a message to your readers effectively, sometimes you need more than just a simple pie chart of your results. In fact, there are much better, profound, creative and absolutely fascinating ways to visualize data. Many of them might become ubiquitous in the next few years. So what can we expect?

Hotel De La Paix – Geneva hotel reservation - Lake Geneva What is the Global Review Index™ The Global Review Index(GRI™) is an independent assessment of this hotel's quality rating based upon consumer reviews from around the internet. The GRI™ is calculated by analyzing more than 100 million consumer reviews in 40 languages from more than 100 leading online travel agencies and review sites. Provided by ReviewPro the leading provider of online reputation management analytics for the hotel sector, the GRI™ offers a complete and unbiased measurement of this hotel's online reputation. ReviewPro certifies that the data presented in this quality seal is accurate and reliable.

Selahattin Demirtas: Turkey's 'Kurdish Obama' on celebrity, Syria, Abdullah Ocalan and the PKK On the streets of Diyarbakir in the Kurdish heartland of southern Turkey, Selahattin Demirtas cannot walk the streets without being swamped by locals begging him to take selfies with them. On the rare occasion when the 42-year-old Kurdish leader – whose Peoples' Democratic Party (HDP) won 13% of the vote in June's elections – is able to go out without his bodyguards, he dons a hat and sunglasses to avoid being recognised on the bus. "I came from the public world and I'm still part of it – I want to do my own grocery shopping," he joked. In a few short months, Demirtas has gone from an admittedly already popular Kurdish politician to one of the most visible men in Turkey.

SUSTAINABILITY - IHT Rendezvous Christopher F. SchuetzeWillem Jan Stamm, the owner of Outlet Stam in Schagen,The Netherlands. In Europe and North America, small businesses are allowing consumers to save money and cut down on food waste by buying food that is past its ‘expiration date.’ Read more… Making All Voices Count Making All Voices Count is an international initiative that supports effective and accountable governance in 12 countries in Africa and Asia. We bring together actors from government, civil society, academia and the technology sector to find, support and learn from innovative ideas on how to improve the relationship between government and citizens. Our goal is to contribute to the creation of more effective governance and improved accountability in our 12 focus countries and, through our learning, to improve governance approaches and programmes globally.

We Feel Fine / Movements Movements We Feel Fine is divided into six discrete movements, each illuminating a different aspect of the chosen population. These movements are represented in the We Feel Fine applet. Home - International Day of Peace Dr. Joan Kenley Dr. Joan Kenley is a psychologist, broadcaster, author, personal development consultant, and media coach. She specializes in facilitating dialogue and circle groups interested in peace from within, questions that matter, and deep soul purpose – serving as Director of Circle Projects for Pathways To Peace, and as a Convener of the Millionth Circle Initiative. Dr.

15_06_25_The Time of the Kurds Domestic upheaval and political changes throughout the region have made Kurds critical players on many fronts, particularly in Iraq, Syria, and Turkey. In Iraq, sectarian conflict between Sunni and Shia Arabs threatens the country's unity, and the Islamic State has increased its foothold by capturing territory, including Mosul, Iraq's second-largest city. The Kurdish region has been largely unharmed by the sectarian fighting, and Kurdish peshmerga forces have halted the advance of Islamic State militants into the autonomous region. Amid the fighting, the Kurds have also deployed forces further south, filling the void left by the retreating Iraqi military.

The 15 Rules of Web Disruption How to Spot – and Defeat – Disruption on the Internet David Martin’s Thirteen Rules for Truth Suppression, H. Michael Sweeney’s 25 Rules of Disinformation (and now Brandon Smith’s Disinformation: How It Works) are classic lessons on how to spot disruption and disinformation tactics. We’ve seen a number of tactics come and go over the years.