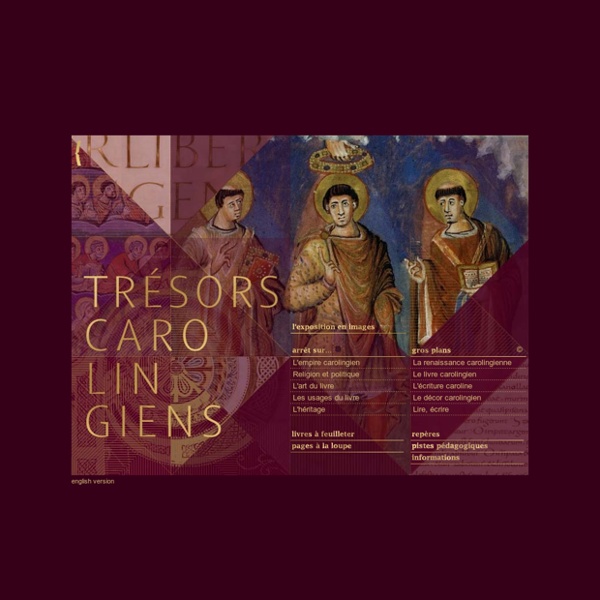 Green Screen Tutorial After posting about how I make movies with my kindergarteners, I had some people ask about how I use the green screen. So, I thought I would write a tutorial for you. It is super easy to use. This is how I use my green screen. Medieval houses on Rue François-Miron While wandering around the Marais, make sure to take a detour over to Rue François-Miron (map) to get a glimpse of these two gorgeous medieval houses. They really stand out when you see them in the context of all the plain gray/white 19th-century buildings that run up and down that street. Here, I translated the Histoire de Paris sign for ya: Houghton Library MSS Widener - Digital Medieval Manuscripts at Houghton Library Return to the Digital Medieval Manuscripts home page Search Strategies To search HOLLIS for materials from the medieval manuscripts collections at Houghton Library: Select Digital Resources tab.

Green Screen on the iPad Green screen is one of the best learning tools in our learning commons. Our students are really making their learning come alive by recording video using the green screen. DoInk has just released a new Green Screen App for the iPad. It is an easy to use App that allows you create green screen in one shot, rather than edit it using iMovie or another video editing application. For this particular group of stuents, they wanted to be newscasters. We tried covering a desk with green paper and to see if we could make it work. Le Marais, visit Paris historical district Known since medieval times as “The Swamp,” Le Marais is a museum of architectural styles. Focusing on lesser-known buildings, Patrick de Belioux guides us through the chronology and helps us decipher these stunning facades. By Patrick de Belioux for The Paris Times.

Camera Angles Camera angles and movements combine to create a sequence of images, just as words, word order and punctuation combine to make the meaning of a sentence. You need a straightforward set of key terms to describe them. Describing Shots Lost Paris: Documenting the disappearance of a Medieval City If you can’t make it to Paris (or time travel), the next best thing is to head to a very interesting show of pictures currently being held at the National Gallery of Art in Washington. Charles Marville: Photographer of Paris is a collection of photographs of a Paris lost, moments before its disappearance. Before it became the city of light, before the Eiffel Tower became its unmistakable symbol, photographer Charles Marville was commissioned to document the transition from medieval Paris, a city that would be all but destroyed to make way for a modern, symmetric and more efficient Paris. Under the order of Napoleon III, General Haussmann was in charge of tearing up streets and razing entire neighbourhoods.

Codex Gigas The Codex Gigas or the Devil’s Bible at the National Library in Stockholm is famous for two features. First, it is reputed to be the biggest surviving European manuscript. (Codex Gigas means ‘giant book’.) Secondly, it contains a large, full page portrait of the Devil. Musée du quai Branly In the heart of Paris's museum land, neighbouring the Louvre and the Musée d’Orsay, a few minutes from the Grand and Petit Palais, the Palais de Tokyo and the Musée d’art moderne de la Ville de Paris, the Musée du quai Branly - Jacques Chirac has an exceptional location on the banks of the River Seine, at the foot of the Eiffel Tower. The arts of Africa, Oceania, Asia, and the Americas now form part of the historical and artistic grand tour of the capital. The Musée du quai Branly - Jacques Chirac is an innovative cultural institution - museum, educational and research centre, and public living space all in one. Built on one of the last available sites in the heart of Paris, the architectural design of this original project is the work of Jean Nouvel. A museum of non-Western arts During the 20th century, non-Western arts started to be seen in museum collections.

Create a Maker Club, Start a Movement - The Power of Starting Small Creating with Cardboard The maker movement has been a hot topic for the past year or so but a lot of times, the focus is how to create makerspaces or completely revamp your curriculum to integrate these new approaches. School change is often something that needs to move slowly and in incremental steps. If changing your entire school seems overwhelming, try starting a bit smaller and try starting with your youngest students. If we truly want to help students grow up with a maker mindset and sustain the innate curiosity and wonder that they have for discovery, learning, and creating, then I think we need to start supporting making in early childhood. In order to find out first-hand how students as young as kindergarten can engage with making and STEAM projects, I have been running a DIY Makers Club for a small group of K-2nd grade students after school each week.