The First 20 Hours - How to Learn Anything: Josh Kaufman at TEDxCSU 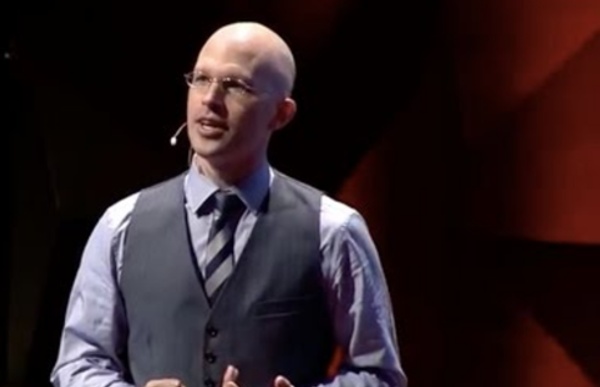 5 things you should know about how your brain learns From memorizing calculus equations to learning how to cook the perfect bowl of ramen noodles, there is plenty of learning to be done in college. To maximize your educational experience, there is one more item you should learn about — your brain! Though learning preferences differ from person to person, all human brains function in the same general way. How to retain 90% of everything you learn Imagine if you had a bucket of water. And every time you attempted to fill the bucket, 90% of the water would leak out instantly. Every time, all you’d retain was a measly 10%.

Dunning–Kruger effect Cognitive bias in which incompetent people assess themselves as competent In the field of psychology, the Dunning–Kruger effect is a cognitive bias in which people with low ability at a task overestimate their ability. It is related to the cognitive bias of illusory superiority and comes from the inability of people to recognize their lack of ability. Without the self-awareness of metacognition, people cannot objectively evaluate their competence or incompetence.[1]

If You Learn These 9 Simple Tricks, You'll Never Be Bad At Math Again The United States keeps lagging further and further behind in math skill, and that’s no surprise. Heck, even I have trouble making change sometimes. But here are some simple tricks to help you do complex math more easily. 1. When Emotional Intelligence Goes Wrong “People skills” are almost always assumed to be a good thing. Search employment ads and you will find them listed as a qualification for a startling array of jobs, including Applebee’s host, weight-loss specialist, CEO, shoe salesperson, and (no joke) animal-care coordinator. The notion that people smarts might help you succeed got a boost a quarter century ago, when the phrase emotional intelligence, or EI, entered the mainstream. Coined in a 1990 study [1], the term was popularized by Daniel Goleman’s 1995 book [2].

Top 10 Strategies for Learning New Skills We tend to think about gaining new skills like we think about winning the lottery: "Gee, it'd sure be nice…" "…Think of all I could do with those new skills and abilities!" "…But the odds of achieving this are so small… mmm, gonna pass." 100 Amazing How-To Sites to Teach Yourself Anything Posted by Site Administrator in Online Learning May 7th, 2009 Learning new skills and expanding your knowledge doesn’t have to cost you an arm and a leg. There are loads of free resources on the Web that can help you find instructional videos, tutorials and classes to learn a wide variety of skills from fixing basic car problems to speaking another language. Microlearning Technology has transformed the modern world, that is undeniable. In the short ten years since the smartphone as we know it first emerged, it has become an integral part of day-to-day life. Microlearning comes from an organizational pushback against long-form, traditional learning. It bridges the gap between the conventional role of learning in the workplace and the modern reality of instant access to a world of information.

8 things to say instead of 'I don't feel like it' - Myria Too often we let ourselves be ruled by our moods — which leads to things like procrastination, a lack of exercise, eating poorly, constant online distractions and more stuff not getting done. So how can you move past just giving in to how you happen to be feeling? Here are some ways you can help yourself snap out of the lazy zone. Why tidying up could change your life I am stuffing a letter between two books when I realise my possessions are in charge of me. It’s a hoarder’s attempt at tidying: hiding stuff inside other stuff. My coffee table groans under books, digital devices, coffee cups, lint rollers, newspapers and one or both of my kittens, Ollie and Sebastian.

From Self-Discovery to Learning Agility in Senior Executives by Suzanne Goebel, Richard Baskerville Suzanne Goebel Georgia State University Richard Baskerville Georgia State UniversitySeptember 20, 2013 Third Annual International Conference on Engaged Management Scholarship, Atlanta, Georgia. How to Increase Mind Power It's hard to make up your bed while you're still sleeping in it. Hard to make up your mind for the same reason. ~ Robert Brault Indeed! Microlearning Microlearning deals with relatively small learning units and short-term learning activities. The term is used in e-learning and related fields in the sense of learning processes in mediated environments. Microlearning is a holistic approach for skill based learning and education which deals with relatively small learning units. It involves short-term-focused strategies especially designed for skill based understanding/learning/education. Microlearning refers to micro-perspectives of learning, education, training and skill development. The approaches followed for assessment of microlearning are multidimensional & holistic in nature and need based in particular cases.