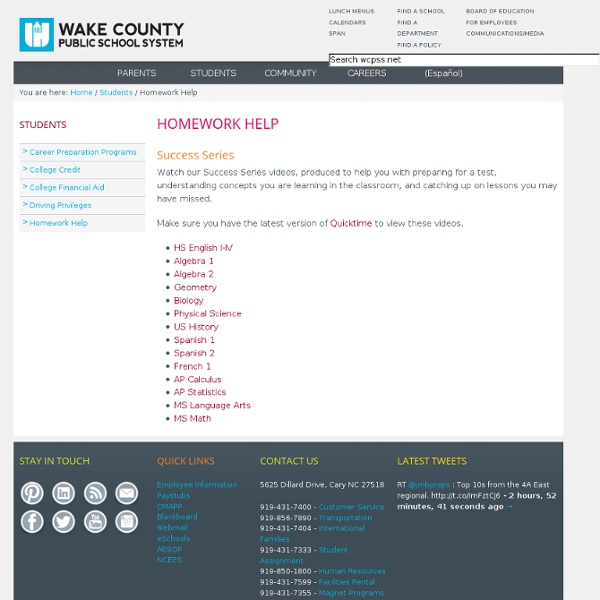 21 GIFs That Explain Mathematical Concepts “Let's face it; by and large math is not easy, but that's what makes it so rewarding when you conquer a problem, and reach new heights of understanding.” Danica McKellar As we usher in the start of a new school year, it’s time to hit the ground running in your classes! Math can be pretty tough, but since it is the language in which scientists interpret the Universe, there’s really no getting around learning it. Check out these gifs that will help you visualize some tricky aspects of math, so you can dominate your exams this year. Ellipse: Via: giphy Solving Pascal triangles: Via: Hersfold via Wikimedia Commons Use FOIL to easily multiply binomials: Via: mathcaptain Here’s how you solve logarithms: Via: imgur Use this trick so you don’t get mixed up when doing matrix transpositions: Via: Wikimedia Commons What the Pythagorean Theorem is really trying to show you: Via: giphy Exterior angles of polygons will ALWAYS add up to 360 degrees: Via: math.stackexchange Via: imgur Via: Wikimedia Commons Via: reddit

Khan Academy Math Game for Kids: Snap Plus One {Math with Cards} This math game for kids makes learning to count fun. Kids will actually want to practice counting because math with cards feels more like a game than learning. Kids Activities Blog hopes you enjoy this cute card game called Snap Plus One. Math Game for Kids Does your child know how to count to ten or beyond, but always begins at one when they count? Instead of always beginning at one when counting, children who can “count-on”, can count on from any given number. This math game of snap plus one is a fun way to practice saying the number word just after a given number in the range of one to ten. Math with Cards You will need a deck of playing cards. Snap Plus One Just like snap, cards are dealt face down to all the players. For example if 5 is placed in the middle and the new card placed on top is 6, players may slap the pile. When any player runs out of cards, the game is over. More Kids Activities What is your favorite math game for kids?

Book Reviews What this handout is about This handout will help you write a book review, a report or essay that offers a critical perspective on a text. It offers a process and suggests some strategies for writing book reviews. What is a review? A review is a critical evaluation of a text, event, object, or phenomenon. Above all, a review makes an argument. Typically, reviews are brief. First, a review gives the reader a concise summary of the content. Becoming an expert reviewer: three short examples Reviewing can be a daunting task. Consider the following brief book review written for a history course on medieval Europe by a student who is fascinated with beer: Judith Bennett’s Ale, Beer, and Brewsters in England: Women’s Work in a Changing World, 1300-1600, investigates how women used to brew and sell the majority of ale drunk in England. The student describes the subject of the book and provides an accurate summary of its contents. There’s no shortage of judgments in this review! Who is the author?

If You Learn These 9 Simple Tricks, You'll Never Be Bad At Math Again The United States keeps lagging further and further behind in math skill, and that’s no surprise. Heck, even I have trouble making change sometimes. But here are some simple tricks to help you do complex math more easily. 1. Multiplying large numbers in your head. 2. 3. 4. 5. 6. 7. 8. 9. Flexible Weapons First of all, a big boo for Yahoo! This article was originally on a Geocities site owned by someone I used to know. The other night I discovered that they had terminated the site without the courtesy of even a warning. Before you practice any of the following techniques think really bad thoughts about the little bean counter responsible. Maybe if enough people do this the focused negative energy will give him an ulcer or something. That's the bad news. A very big thank you to Jason, for scanning in the images. Printer Warning. Added 11-4-02Updated 19-11-12 Whips, Chains and Scarves, your Flexible Friends. This article began life when my friend Michael mentioned that Comtech were soon to release a video on Bandana fighting. The techniques here should work with scarves, bandannas, belts, ties, chains, ropes, shoe laces, towels, electrical flex, gun slings and lanyards, jumper cables, straps, phone cord, twisted bedsheets etc. It's often said that anything can be used as a weapon. and here

Benziger Here then is an overview of the updated functions as they are observed and experienced. Sensing/Left Posterior Convexity Individuals with a preference for this mode of thinking process by following a pre-established or pre-programmed order, which has been loaded earlier and can simply be run. They are attentive to details, extremely effective at executing routine, sequential tasks, and most highly motivated to learn procedural applications, which have a clear and immediate use and are presented to them in an organize, step-by-step manner. Since their brain focuses on the immediate experience and what is ‘real’ and ‘concrete’ in the moment, this type of individual is far more visceral than conceptual in his thinking, preferring to work with tangible objects, rather than either people or ideas. The fundamental goal of the Posterior Convexity Left/Sensation Type is to have the fullest possible experience of what is immediate and real, in order to be able to produce dependably.

70 useful sentences for academic writing | Luiz Otávio Barros Back in the late 90s, in the process of reading for my MA dissertation, I put together a collection of hundreds of sentence frames that I felt could help me with my academic writing later on. And they did. Immensely. So here are 70 sentences extracted and adapted for from the original compilation, which ran for almost 10 pages. Before you start:1. Arguea. Claima. Data a. Debate a. Discussion a. Evidence a. Grounda. Issue a. Premisea. Researcha.This study draws on research conducted by ___.b. If you found this list useful, check out The Only Academic Phrasebook You’ll Ever Need, which contains 600 sentences, as well as grammar and vocabulary tips. 100 Amazing How-To Sites to Teach Yourself Anything | Rated Colleges Posted by Site Administrator in Online Learning May 7th, 2009 Learning new skills and expanding your knowledge doesn’t have to cost you an arm and a leg. There are loads of free resources on the Web that can help you find instructional videos, tutorials and classes to learn a wide variety of skills from fixing basic car problems to speaking another language. With 100 sites to choose from, you’re bound to find something here that will help you learn just about anything you could want. General Tutorials These sites offer a wide range of tutorials and videos. Around the House Want to know how to fix that broken cabinet or hang up some great wallpaper? Business and Management If you feel like you’re seriously lacking on business and management skills at work, no need to worry. KnowThis? Language and Writing Those who want to learn a new language, improve their writing skills or just learn more about literature will be well-served by these instructional sites. Technology Math S.O.S. Science Creativity

Three-Dimensional Shapes This page examines the properties of three-dimensional or ‘solid’ shapes. A two-dimensional shape has length and width. A three-dimensional solid shape also has depth. Three-dimensional shapes, by their nature, have an inside and an outside, separated by a surface. This page covers both straight-sided solids called polyhedrons, which are based on polygons, and solids with curves, such as globes, cylinders and cones. Polyhedrons Polyhedrons (or polyhedra) are straight-sided solid shapes. See our page Properties of Polygons for more about working with polygons. Polyhedrons are defined as having: Straight edges. Polyhedrons are also often defined by the number of edges, faces and vertices they have, as well as whether their faces are all the same shape and size. One of the most basic and familiar polyhedrons is the cube. Regular Polyhedrons (Platonic Solids) The five regular solids are a special class of polyhedrons, all of whose faces are identical with each face being a regular polygon. Cube

If You’re Bad At Math, It’s Because You Never Learned These Simple Tricks Nowadays, since everyone has a calculator in their hand in the form of a smartphone, math skills are on a steady decline. If you don’t believe me, try splitting a bar tab with friends without using a calculator. But I remember a time when we didn’t all have calculators in our hands. Sources:Architecture and DesignHelloUViral NovaTrending Todayby RevContent Helpful drawing tutorials and references.