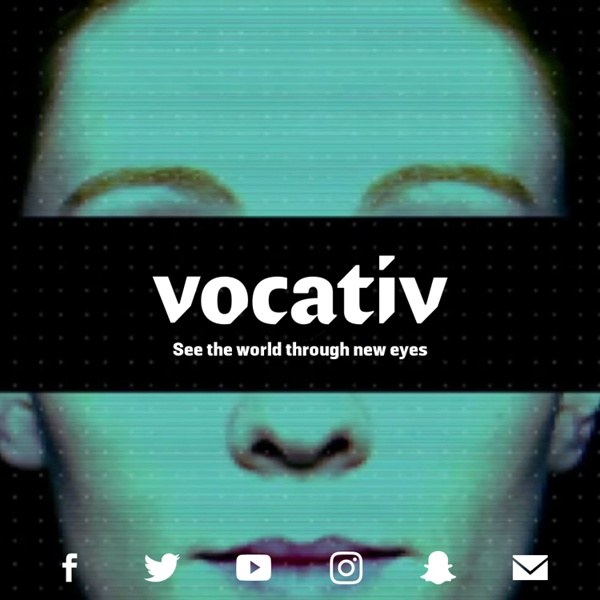 Prismatic Google Adds Waze's Crowdsourced Traffic Data to Apps Google Maps is already using data from its newly-acquired mapping service Waze to give users access to crowdsourced traffic reports and satellite imagery. Just two months after Google bought Waze for a reported $1.03 billion, it was announced on Tuesday that the two companies are already sharing data. From details about traffic jams and accidents to construction and road closures, Google Maps users can now submit traffic-related information to the app.

Infos de dernière minute et opinions sur Le Huffington Post 8 Pinterest Alternatives You May Not Know About Pinterest has garnered a reputation (whether incidentally or intentionally) as a website geared mostly towards females who need ideas for weddings, home décor, and recreation. Maybe you like the idea of Pinterest but not its subject matter. Maybe Pinterest just isn’t for you. Is there hope for you? Yes, there is. As it turns out, there are many sites out there that have taken the core concept of Pinterest and spun it in unique ways. Juxtapost Juxtapost is a Pinterest knockoff but in a good way. The feature I like best in Juxtapost is the “More Like This” button. Use Juxtapost if you want to use a Pinterest-like site with many of the same features but presented in a different way. We Heart It If I had to describe We Heart It in one sentence, I’d call it the baby of Pinterest and Tumblr, and I don’t necessarily mean that in a bad way. There’s an undercurrent beneath all of the We Heart It posts which indicates that this site is mainly used by teens and college girls. Dribbble FoodGawker

The Sunday Times Bonmarché blames Brexit and weather for sliding profits new Bonmarché, the discount clothing retailer, blamed a string of factors, from bad weather to Brexit, for sliding annual profits and its failure to increase market share. Read the full story 10 Websites Guaranteed To Press Your Buttons [Weird & Wonderful Web] We humans are naturally curious creatures. We see something, almost anything, and we want to reach out and grab it, touch it, feel it, and interact with it. Which is all good as long as the thing we’re reaching for isn’t going to bite us or trigger a nuclear holocaust. Contrary to popular belief, the latter isn’t as easy as pressing a big red button. NB: If you hate Adobe Flash then you should probably stop scrolling right now. Make Everything OK Life sometimes sucks. It turns out such a button does exist, and it’s sitting unloved on the Web, just waiting to be pressed. Nooooooooooooooo Star Wars is never going to go away, especially now that the fun factory that is Disney owns the franchise. Also not going away are the stupid decisions George Lucas has made over the years. Enter The Hatch The TV series Lost ended a while ago, but thanks to people binge-watching shows on media streaming services it will never truly die. Will You Press The Button? Will You Press The Button? Bored Button

News, in-depth analysis and reportage 9 Hilariously Random Websites To Help You Procrastinate The Internet is a wonderful place, but sometimes it just spawns the weirdest creations.Case in point — these 9 websites. Some are genuinely hilarious for no good reason. Others are just so strange you’ll wonder why they were ever created. Regardless, you’re bound to have a laugh or two…while you procrastinate. Sanger.dk Spoiler alert: It’s a pug licking your screen, adorably. Why does it exist? And just so you know, “sanger” is Danish for “singer”. Has The Large Hadron Collider Destroyed The World Yet? Thankfully, the answer is a big “NOPE.” Back when the Large Hadron Collider was being built, there was some controversy surrounding the safety of the device. And this website is proof of that. Hacker Typer Ever want to feel like you’re an awesome secret hacker super spy? Hit random keys on your keyboard. Garfield Minus Garfield Garfield is funny. Well, that got deep. Koalas To The Max Images and videos aren’t always needed to make , but in this case, they certainly help. Why? Omfg Dogs Eel Slap

War on the Rocks Gaze Israel/Palestine Over the past two days Prime Minister Benjamin Netanyahu has taken his most aggressive—and outlandish—tone yet on critics by accusing them of anti-Semitic tropes, following a collapsed effort to sanction Israel at the international soccer association, FIFA. Speaking to Knesset today Netanyahu said his country’s “actions are being twisted,” telling his parliament those who speak against Israel are initiating “false libels.” Al Jazeera reports: Adoption of a bill by Israeli cabinet ministers aimed at imposing tougher penalties on stone-throwers is the latest discriminatory measure by Israel, singling out Palestinians, a Palestinian diplomat has told Al Jazeera. The draft law stipulates 10 years in jail for stone-throwers without the need to prove the defendant’s intention to harm anyone. “When it comes to the Palestinians and Israelis, Israel has two different judicial systems. Old wine in a new bottle.