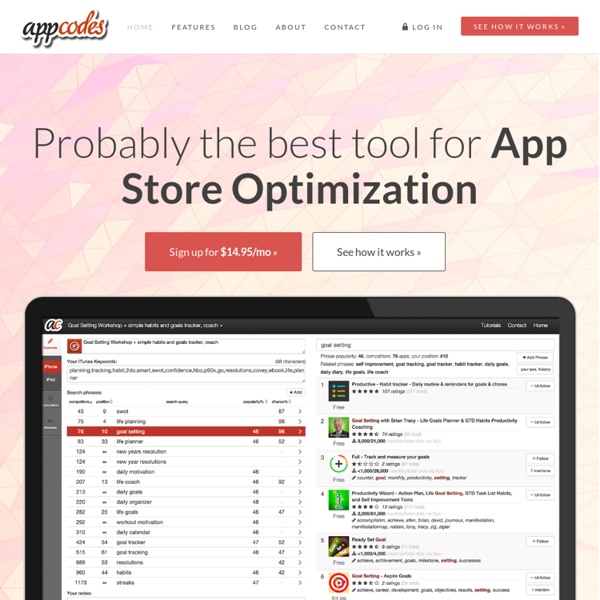 Five Big Changes In The iOS 6 App Store (And What Developers Should Do) Some developers are complaining that since the introduction of the Chomp-inspired App Store redesign in iOS 6, sales have noticeably dropped. Others say the changes are good for indie developers. Is the new iOS App Store a step forward or step back for mobile app developers, users, and the app economy? Whichever side you’re on, there are a number of reasons why developers are feeling the effects. It’s difficult to parse the legitimate gripes about user interface and its subsequent impact on the long tail app developer community, but from the complaints arising from second-rate developers we know that less popular apps have lost ground and visibility. 1) The Shift To Horizontal Scrolling And Cards The most noticeable, and also most critical, change is the way users are meant to navigate through search results. Now, search results display one card (one app) at a time on iPhone. 2) Using Descriptions & What’s New To Attract Users 3) Stuffing Keywords Into Titles Won’t Help Users

Verivo Software: The Enterprise Mobility Company Fiksu nabs $10M to boost app downloads for clients Fiksu , a mobile app user acquisition platform, announced Tuesday that it raised $10 million in a Series B round of funding. This second round of funding comes from Qualcomm and Charles River Ventures. The Boston-based company has plans to use the funds to expand to meet the surge in global customer demand and wants to increase its footprint in both Europe and Asia-Pacific. With just about everyone coming out with an app, the barrier of entry is extremely low but the challenge is to get users to know about the apps and download them. Fiksu for Mobile Apps is focused on lowering the cost of getting new users on both iOS and Android so that companies are better able to grow their services. Fiksu helps improve the cost per user investment through a Web-based portal where users can get paid apps for free if they try out apps from others, thus increasing the number of apps downloaded across the board and letting more people experience possible apps that can improve their lives.

21 App Marketing Resources Worth Knowing I know what you’re thinking: why would I need to read anything else than the Apptamin App Marketing Blog ? Seriously though, even if we do our best to provide you with thorough and useful posts we can’t cover everything and we’re certainly not experts in all domains. So here is a nice list of resources dealing with how to market your app. We actually follow others than these, but most of what we share on our Facebook page, twitter account and Scoop.it app marketing curation comes from there. This list is meant to evolve, as some resources become more relevant and others become less pertinent. Blogs Let’s start with the blogs. AppClover - Marketing and Making Money with Apps What AppClover has been doing over the last few months is pretty impressive. The articles already published (and there are many more to come) cover various topic already: app design, app development, monetization, marketing, promo videos…I could say I’m biased since I contribute, but seriously it’s worth checking out.

Developer Tips for the New iOS 6 App Store We've known for several months now that big iTunes changes were coming, it wasn't just clear exactly when. Well, the time is now and developers have to make sure they adapt. Of course there are the optimizations for the iPhone 5 and iOS 6 that users expect you to do, but there are also changes in the new App Store that you need to be aware of. Some of these changes you can see right away when navigating the redesigned App Store, others take a little more digging and the rest are really only known by Apple but are affecting your game or app too. A Redesigned App Store One of the nice things about that redesign is that users now pretty much get the same experience whichever device they use. Search results are now displayed "Cards-style". Categories are now "hidden". Apple bets on Genius for app discovery. A Redesigned App Details Page Several things have changed in the way a specific app is displayed, which are impacting App Store Optimization. A Modified Search Algorithm

Drop-In-Simple Social Platform for Your App. Great as a ShareKit Alternative | Socialize | Socialize How to Design App Store Screenshots that Sell Do something. Real quick. It will just take a sec. Open the App Store on your iPhone or iPad. You there? Ok let’s pretend we want to buy a “to-do” type app. Step 1 – your eye totally ignores the apps with 3 or less starsStep 2 – you visually weed out the crap icons thinking the app must also be crapStep 3 – you tap into comparably priced and reviewed apps to see which one looks the best Did you catch that? I’ll repeat it “You tap into comparably priced and comparably reviewed apps to see which one looks the best.” Which one “looks the best”. They are not reading your app description. They are not reading reviews. They are looking at your SCREENSHOTS. Watch how people shop See the below image? 3 out of 12 apps make it past this review cycle, then the screenshot comparison begins. Tell your potential customers what they’re looking at. iOS6 Loves Screenshots On the newly released iOS 6, comparing screenshots has become a LOT easier. Don’t Miss a Selling Opportunity Apple’s new Screenshot Specifications

Mobile Roadie - Mobile App Creator for iPhone, Android, iPad and Mobile Web How to Email Successful People (9 Tips to Thrive) If you want to get in touch with influential people (aka: BUSY people), you need to know how to email them. Despite the buzz around social media, far more people use email to communicate than any other online medium1, and business today still gets done over email, not through tweets. Today, I’m going to show you the elements of the PERFECT outreach email, and how you email busy people the right way in order to make things happen. You’ll also get exact scripts and email screenshots to journalists that landed me big features (worth 200,000+ hits). That said, let’s dig in! Why This is Important to Know Knowing how to write outreach emails might seem like a “no-brainer” or maybe even an unnecessary skill to have, but I can assure you the opposite, on both accounts. If you’re serious about networking and building your platform/personal brand, you MUST know how to email important people, and important people are busy people. Avoiding the Dreaded Trash Bin (“Bin-bound” Outreach) 1.) 2.) 3.) 1.) a.)

Home | AppTank For App Developer Projects! - Apps Development - IPhone and Andoid Developers iOS App Review Sites – 168 Sites To Promote iPhone And iPad Apps Welcome to the updated listing of iPhone and iPad app review sites listing in iOS development that was first posted over four years ago and has been updated many times since. The list has grown since the last update and includes sites that post reviews for both iPhone and iPad apps. Updated August 27th/2014 This list is posted sorted by Alexa traffic rankings and have been checked to ensure each of the pages are working. The best way to use this list is to look for sites that have reviewed apps similar to yours. Sites higher than that, especially sites in the top 10k could make your app a sensation. Sites in the 50-300k range are getting some traffic, but if they’re asking you to pay for reviews then I would avoid them. I’ve placed submission pages/contact e-mails wherever possible, otherwise I’ve posted contact info or in some cases nothing was found. Before going on to the sites, please help us keep this list up to date and share with your Twitter followers by clicking here.