What the Internet is Doing to Our Brains [Epipheo.TV] 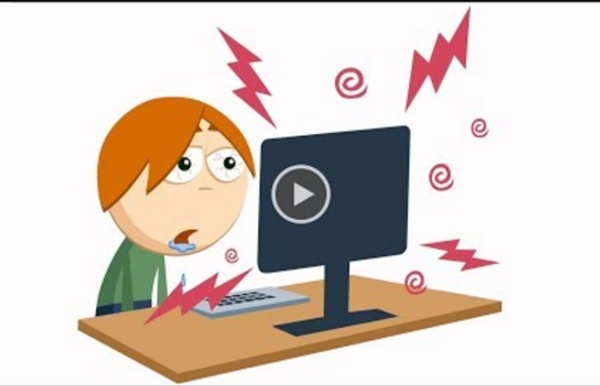 6 Authors Who Might Actually Convince You To Unplug | Kim Stolz So, I recently wrote a book (Unfriending My Ex: And Other Things I'll Never Do) about my addiction to social media and my iPhone. Because of the slippery slope that social media (and texting) provided me in acting out my most dangerous and risky impulses, I found myself inspired to write a brutally honest memoir that I'd hoped my generation (and anyone who has ever felt the chainlike pull of their digital activity) might be able to relate to and thus gain some perspective on their own social media-led activity. I started off with a digital detox (no iPhone, no computer, no Wi-Fi, no DVR, no iPad... Here are six authors who might actually make you want to unplug: Nnamdi Osuagwu, author of Facebook Addiction: The Life & Times of Social Networking Addicts Everybody needs a little fiction in their life, though one might hypothesize that we may be only a few short years away from significant parts of this book becoming a reality.

The 30 Year Old Ninja Share this post on Twitter July 2011 “This is going to be awesome.” I had tried to keep my excitement in check but I couldn’t. I had worked so hard, so long, and it was about to be real. “What will it be like?” I would soon find out out. Not So “Ninja” I came to Japan to become a ninja , yet when I first came here I was battling with something that didn’t feel very “ninja” at all. Imagine this: Living in a foreign country, in a completey different culture, you can’t speak the native language, and you live in the countryside. It’s easy to romanticize this lifestyle. Loneliness. Friends, Friends, Where Art Thou? I do all of these big things. Then I get to Japan and the only thing I can think is: “It would be nice to have some friends.” Have you ever moved to a new city? When we change our life this often means living in a new environment. Today I want to address an important question that is rarely (if ever) talked about in relationship to pursuing a dream. How do we find and make friends? 1. Shoot!

amazon Susan Maushart: Living Deliberately by Unplugging - Books Make a Difference Susan Maushart shut off the electricity, removed computer and television screens from the house, stored the video games, hid the mobile devices of her three teenaged children, and reluctantly stashed her beloved iPhone…for six months. She purposefully silenced all electronics, not because her children had done anything wrong, nor because she was a bored 50-year-old single mother. No, Maushart pulled the plug on modern technology because Henry David Thoreau, among other writers, inspired her to do it. It is not the first time Maushart has been spurred into writing action because of an issue she considers personally and passionately important. “I want to start a conversation about something that is waiting in the wings to happen or hasn’t happened yet,” Maushart says. “The whole point of The Experiment,” she writes in her book, “was to send the Digital Natives on an extended trip abroad. For the first two weeks of her six-month-long experiment, Maushart turned off all electricity.

50 Ways To Start Fresh Defeat. Boredom. Lack of meaning in your life. All these symptoms, and many others, of course, are a sign that you need to start fresh. To run again. To leave the old behind and embrace the new. I started fresh for many times in my life, and, hopefully, I’ll start fresh again. 1. Sometimes starting over means accepting that you’re no longer the person you used to be. 2 Just Leave Quit the boring job, the abusive relationship, the past. 3. Too often we’re unconsciously rejecting other people by habit. 4. And move on. 5. It doesn’t have to be a friend. 6. Bungee jumping, for instance, if you’re the physical type. 7. A concert or other stuff involving hundreds or thousands of people. 8. Don’t make it a novel and don’t aim at publishing it. 9. And stick to it. 10. You don’t have to start fresh only after a big defeat. 11. Accept ALL your past defeats and victories. 12. Ok, you wanna change, but you’re not yet sure. 13. Throw away clothes, things, devices, memories. 14. 15. 16. 17. 18. 19.

Dost thou love life? The older I get, the faster it seems that time goes by. Actually, I am a little afraid at how fast it's going by. I remember being firmly in my 20s, feeling like the whole world was at my fingertips. I was very assuming about what I would accomplish. I wanted to become fluent in French and teach it to my children, at least to the one child I had given birth to at the age of 25. (Three more children would follow.) The passing of time, star-crossed with chance, is reality. Benjamin Franklin said,"Dost thou love life? As if it weren't already enough that time is slipping away, even as we move to do the little we can do in this life, chance is ever present, altering the landscape that many people have to work with. Live with purpose! The last thing I want to do is give anyone the blues.