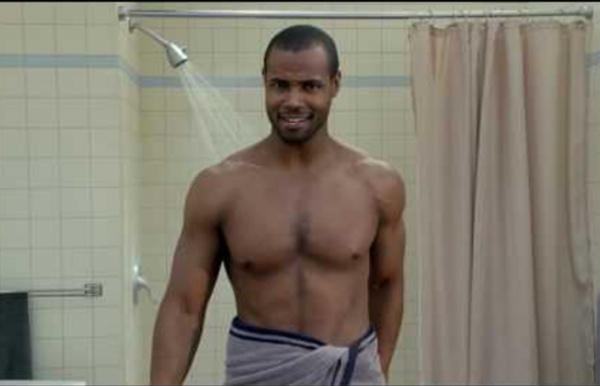 Old Spice 2010 Old Spice is a prominent American brand of male grooming products. It is manufactured for Procter & Gamble, which acquired the brand in 1990 from Shulton, Inc. Shulton, Inc., the original producer of Old Spice, was founded in 1934 by William Lightfoot Schultz. The first Old Spice product was intended for women, introduced in 1937. Albert Bandura: Social-Cognitive Theory and Vicarious Learning - Video & Lesson Transcript A person's cognition, environment and behavior play important roles in learning new knowledge and skills. This lesson will focus on Albert Bandura's contributions to social learning and vicarious experiences. Introduction

What Went Right Unless you were living under a rock, you probably saw at least one of the Old Spice commercials starring Isaiah Mustafa that began airing the day after the 2010 Super Bowl. With this campaign, Procter & Gamble, Old Spice's parent company, showed the world how a brand can play a kick-ass game of media Ping-Pong. First, it started with outstanding content, spoofing every stereotype of masculinity they could come up with through clever writing and picture-perfect casting. As soon as a bare-chested Mustafa finished gliding around from one paperback-romance scenario to another, reassuring women that even if their man didn't look like him, they could smell like him if they stopped using lady-scented body wash, millions of people rewound their DVRs and watched the ad again. And again.

P&G 2011 AR: the company has style! Old Spice Guys aren’t impressed with body washes and deodorants that make them smell like fruit and flowers. And women—who purchase 60% of these products for them—don’t want them to smell that way either. Old Spice had the products guys wanted—and that women wanted for their guys. But getting their attention was anything but easy. Until we discovered a big idea: “Hello, ladies!” Biological Theories of Gender Saul McLeod, published 2014 People often get confused between the terms sex and gender. Sex refers to biological differences between males and females. For example, chromosomes (female XX, male XY), reproductive organs (ovaries, testes), hormones (oestrogen, testosterone). Gender refers to the cultural differences expected (by society / culture) of men and women according to their sex. A person’s sex does not change from birth, but their gender can.

5 Marketing Lessons From Old Spice He was "the man your man could smell like." We looked away from him and were suddenly transported onto a majestic ocean liner. An outstretched hand offered us "two tickets to that thing you love," shortly before the tickets magically dissolved into diamonds. Then he was on a horse. Really. This crazy-yet-crisp introduction to one of the most popular viral ad campaigns in history, which aired for the first time during last year's Super Bowl showdown between the Indianapolis Colts and the New Orleans Saints, sparked an Internet phenomenon, reaching more people than Procter & Gamble (Old Spice's parent company) could have possibly fathomed.

Gender Stereotypes: Kids Believe Them By Age 10 In almost every society, from Baltimore to Beijing, boys are told from a young age to go outside and have adventures, while young girls are encouraged to stay home and do chores. In most cultures, girls are warned off taking the initiative in any relationship and by 10 years old, already have the distinct impression that their key asset is their physical appearance. “We found children at a very early age—from the most conservative to the most liberal societies—quickly internalize this myth that girls are vulnerable and boys are strong and independent,” says Robert Blum, a professor at Johns Hopkins University and the director of the Global Early Adolescent Study. TIME Health Newsletter Get the latest health and science news, plus: burning questions and expert tips.

Old Spice: Great Ad Campaign, Messy ROI « BAMF MKTG I know all of you have watched and helped Old Spice become viral. Over the past year, they have transformed a once troubled brand personality into web Dynamite. Boom! Sure, they have brand awareness, social media implementation (genius use of Twitter and Youtube) and conversation, tons of conversation. But before I go through the low-down of what Old Spice created, watch a few parodies, then come back. Sesame Street Parody

What media teach kids about gender can have lasting effects, report says It's not just one movie. It's not just one TV show. It's constant exposure to the same dated concepts in the media over and over, starting before preschool and lasting a lifetime -- concepts like: Boys are smarter than girls; certain jobs are best for men and others for women; and even that girls are responsible for their own sexual assaults. According to the report, which analyzed more than 150 articles, interviews, books, and other social-scientific research, gender stereotypes in movies and on TV shows are more than persistent; they're incredibly effective at teaching kids what the culture expects of boys and girls.

A flying carpet and a giant gingerbread house: London's department stores show off their sparkling Christmas window displays By Harriet Cooke Published: 15:40 GMT, 2 December 2012 | Updated: 16:15 GMT, 3 December 2012 When it comes to festive glitz and glamour, the sky's the limit for the window displays of London's department stores, which this year feature flying carpets and fairy tale castles. Ranging from the traditional to the contemporary, stores including Harrods and Selfridges have splashed out on a range of wildly creative and original window fronts to encourage shoppers through their doors.

Millennial fathers are rejecting the 'bad dad' stereotypes “Daddies mean fun, mommies mean business,” says the mother in Disney’s 'Honey, I Shrunk the Kids' films. The central plot device – a creative, risk-taking, careless father exposes his children to danger while a hard-working, grounded, sensible mother has to save them – is typical of the way dads are portrayed in films and advertising, even today. Fathers are jokey, absent, “bad” parents; mothers are homemakers, workers, carers. But to many who grew up in the late 1980s and early 1990s, the idea that mothers did everything at home while fathers worked was already passé. Statistics from across the globe show that women were becoming more engaged in workplaces while fathers took on more household chores. Image: Pew Research Center