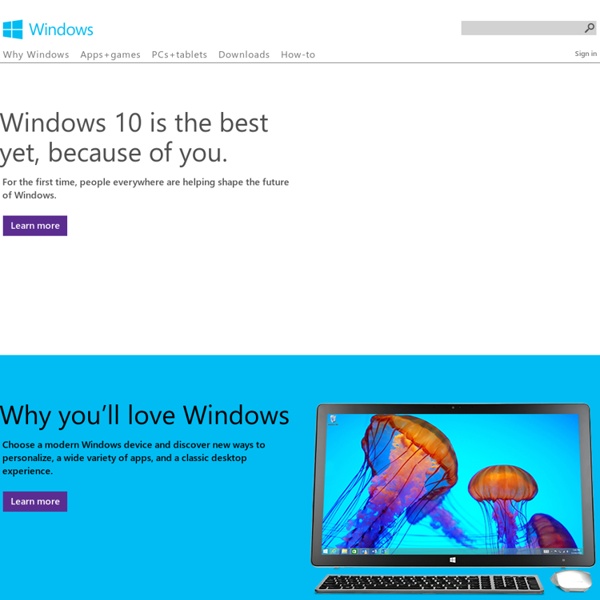 MS-DOS help and commands Short for Microsoft Disk operating system, MS-DOS is a non-graphical command line operating system created for IBM compatible computers that was first introduced by Microsoft in August 1981 and was last updated in 1994 when MS-DOS 6.22 was released. Although the MS-DOS operating system is not often used today, the command shell commonly known as the Windows command line is still used and recommended. Continue reading >>

‘Facebook’ app for Win 8/RT seems like an official one – it’s not! Advertisement Windows 8 is getting a lot of apps in Store and many of them bring the Facebook features but, we don’t have an official app by Facebook. We have already seen the MINE for Facebook app and Facebook touch app but now, another Facebook app is available in Store named as ‘Facebook’ which brings simple Facebook features to Windows 8. This ‘Facebook’ may seem like an official app but, it isn’t. Microsoft Windows Family of computer operating systems developed by Microsoft Microsoft Windows, commonly referred to as Windows, is a group of several proprietary graphical operating system families, all of which are developed and marketed by Microsoft. Each family caters to a certain sector of the computing industry. Active Microsoft Windows families include Windows NT and Windows IoT; these may encompass subfamilies, (e.g. Windows Server or Windows Embedded Compact) (Windows CE).

Earn points for savings on gift cards, name-brand merchandise and more with Rewards for Good SWEEPSTAKES RULES: NO PURCHASE NECESSARY. PURCHASE WILL NOT INCREASE YOUR CHANCES OF WINNING. Open to AARP account holders who are enrolled in the Rewards for Good Program, who are 50 U.S. How To Recover Windows 8 Product Key Sometimes the most effective way to clean up or repair Windows installation is to just format your Windows drive and reinstall Windows. Microsoft has simplified the process of repairing and reinstalling Windows 8 operating system by introducing Refresh PC and Reset PC features. If you’re preparing to reinstall Windows 8, run Refresh PC or Reset PC feature, you will need to have your Windows 8 product key in place before proceeding to reinstall, refresh or reset your PC. The product key is generally located on your original Windows DVD or in the mail that you received when you purchased your Windows copy.

We're sorry..., Social Security You must be able to verify some information about yourself and: Have a valid email address; Have a Social Security number; Have a U.S. mailing address; and Be at least 18 years of age. You can only create an account using your own personal information and for your own exclusive use. You cannot create an account on behalf of another person or using another person's information or identity, even if you have that person's written permission. For example, you cannot create an account for another person: With whom you have a business relationship; For whom you are a representative payee; or For whom you are an appointed representative. How to get the Start menu back in Windows 8 Editors' note: This story was originally published on August 20, 2012. It has been updated several times since then to include additional programs and other details, most recently with Start Menu Reviver on May 15, 2013. Still miss the classic Start menu in Windows 8? Never fear, alternatives are here.