The 7 Best Hidden Features in Microsoft Edge. Microsoft’s all-new Edge browser has managed to give Microsoft an "edge" among other Chromium-based browsers. If downloading Chrome or Firefox is the first thing you do on your new computer, we’re going to give you a few reasons why you might just want to stick with Microsoft Edge. The latest update brings a slew of features, some of which you may have never realized were there. These features can enrich your browsing in many ways. Let’s walk through Microsoft Edge’s top hidden features.

Get the Latest Update Before we talk about the features, let’s ensure you’re running the latest version.

WINDOWS. 10 Windows Task Manager Tricks You Probably Didn't Know. Most Windows users only pull up the Task Manager when a program is frozen and they need to kill it. 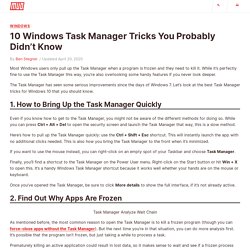 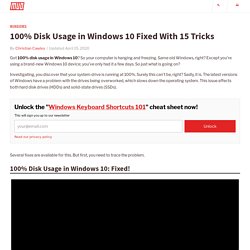 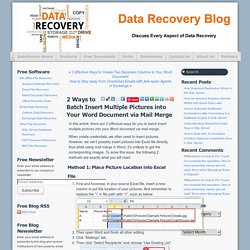 When create credentials, we often need to insert pictures. However, we can’t possibly insert pictures into Excel file directly, thus while using mail merge in Word, it’s unlikely to get the corresponding images. To solve this issue, the following 2 methods are exactly what you will need. Method 1: Place Picture Location into Excel File First and foremost, in your source Excel file, insert a new column to put the location of your pictures. Essential Microsoft Office Keyboard Shortcuts for Word Excel and PowerPoint.

Free Excel Templates and Spreadsheets. Excel templates are a great way to increase your productivity. They allow you to do awesome things with Excel even if you only have a basic understanding of spreadsheets. You can use templates created by Microsoft by opening Excel and going to File > New. You can also download 100's of templates professionally designed by Jon Wittwer and his team at Vertex42.com. This page lists our most popular spreadsheet templates. Your Complete Guide to Windows 10 Customization. The Best Windows 10 Apps. Advertisement Desktop apps are now available in the Windows Store, but it doesn’t mean the oft-maligned Universal apps are dead. 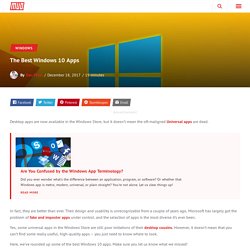 Evernote vs. OneNote: Which Note-Taking App Is Right for You? Advertisement Digital note-taking is the way of the future. 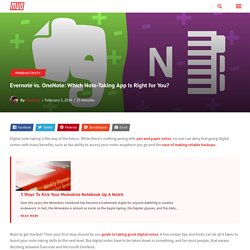 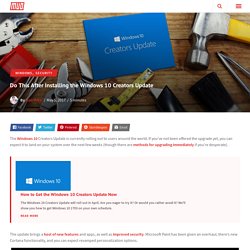 OneNote's Best Organization Feature Is Hidden in Plain Sight. Advertisement After Evernote crippled its free plan and had its questionable privacy policy exposed, OneNote is now the best note-taking app around. 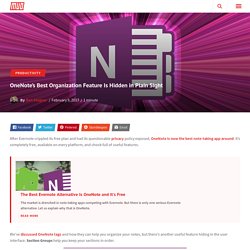 When you do so, all the pages in a section come along with it, so you don’t lose any of your setup. Section groups are a great way to keep everything organized.

PUBLISHER. WORD. EXCEL. HitmanPro 3 (64-bit) Pros Free for the first 30 days and extremely cheap for the outcome that it provides. removes malware and viruses that are not easily detected by its competition Cons cant think of one Summary. 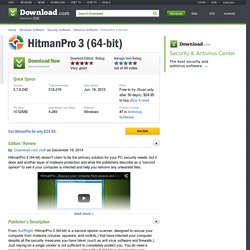 Revo Uninstaller. Pros I have been meaning to install Revo for ages to clean out some junk on my PC but never got around to it. 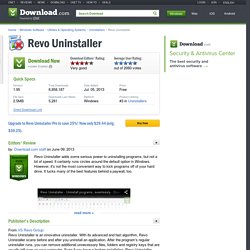 Well today I really needed it after I couldn't get rid of a program with just my PCs' uninstall application, and it worked just they way I thought it would. No surprises, no whistles and bells, it just got rid of the garbage program. What You Need to Know About Windows Update on Windows 10. Windows Update has seen a lot of changes on Windows 10. 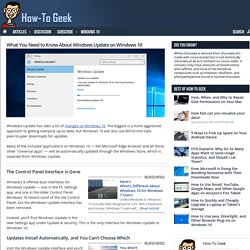 Apple finally started singing a new tune. The maker of iPhones and iPad tablets on Monday unveiled its first streaming service, dubbed Apple Music, as its revamped way of presenting songs on its devices. Apple's $10 a month service is built off the music subscription service that it acquired a year ago from Beats for $3 billion. Apple will also offer a plan for families of up to six people to share a subscription for $15 a month. When it launches June 30 in over 100 countries, Apple Music will be available with a three-month free trial.

Some elements will be free without a subscription, such as a viewing artists' content and listening to radio with some limitations. In addition to running on Apple devices -- including the iPhone, iPad, iPod Touch, Mac computers and Apple TV -- Apple Music service will also be available for devices that use Android, the mobile operation system from rival tech giant Google. Apple said the service would "bring together all the ways people love music. " Main Page - iSchool Tutorials. This wiki is the repository for current iSchool tutorials. You may need additional software to view certain tutorials; the most common of these are a PDF Reader and a Flash player.