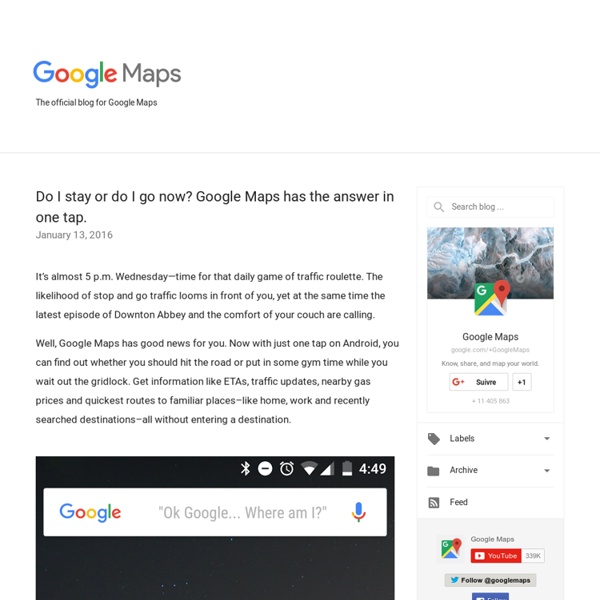 Today we're joined by Dr. Jane Goodall, primatologist and founder of the Jane Goodall Institute and Roots & Shoots program. In this post, Dr. Goodall shares her thoughts on how today’s technology can enable more people around the world to make a difference in their communities. Join Dr. Goodall for a celebratory Birthday Hangout on Air today at 11 a.m.

The World According To Google - satellite pictures of the most interesting places on the World, satellite maps » Towers There is an old legend about king Popiel and his wife Rycheza: Prince Popiel (or Duke Popiel), legendary 9th century ruler of the Polanie or Goplanie tribe. For now there is no archeological evidence of the existence of any such person. According to legend, he was the last member of pre-Piast dynasty, Popielids. According to the chroniclers Gallus Anonymus, Jan Długosz and Marcin Kromer, as a consequence of bad rule he was removed from the throne and died eaten alive by mice (or rats) in a tower in the Kruszwica settlement. As the legend goes, Prince Popiel was an inadequate ruler who cared only for wine, women, and song and who was greatly influenced by his wife Ryska, a beautiful German princess who desired power.

Google Earth Hacks blog The system we have been using for file comment was hand-built years ago, and really it was rather crude. To simplify things, we’ve just implemented the Comment system using the Facebook JavaScript SDK. This system looks nicer, and should be much easier to use. When viewing any file on the site, just scroll down and you’ll see the comment box. Here are a few examples of it on the site. Some test comments, so you can see how they look: Google for Nonprofits Blog Notes on the political and scientific impact of digital maps and geospatial imagery Using Google Earth Google News Blog Google Maps Mania Shopping Blog Online Kaarten Google Drive Blog what the map can be Google Translate Blog