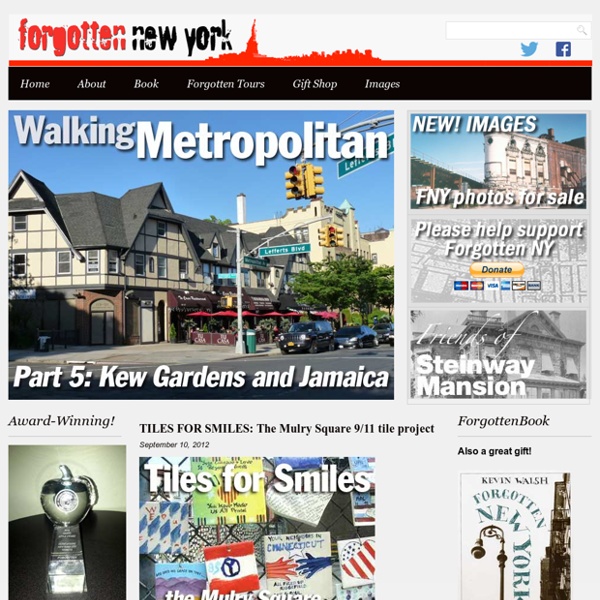 Free Walking Tours New York City Welcome to Free Tours by Foot, New York City’s only name-your-own-price walking tour company. These interesting and informative tours will take you through many of the city’s most famous neighborhoods. Part New York food tours, part New York sightseeing tours, they’re one of the best free things to do in NYC. We also offer free bike and bus tours. We provide a platform for licensed, local, freelance tour guides to lead tours at no upfront costs, so that you may enjoy an interesting sightseeing tour for whatever price you like, even free. You get to determine what a tour was worth, if anything, after the tour, thus ensuring that your tour guide must strive to give his or her best on every tour.

Hit & Run : Reason Magazine PwCWith tax season upon us, if you were a foreign business owner regarding all of this scurrying around to file forms and pay the United States government its take, would you consider the activity as relatively attractive compared to the alternatives? Or would you consider it a turnoff? To judge by rankings released last year by the consulting firm PricewaterhouseCoopers (you can call it PwC), businesses may venture into the Land of the Free for market opportunities, but that may well be despite a pretty uncompetitive tax regime. The U.S. ranks 64 out of 189 for ease of paying taxes, has a total tax rate that's above average and, importantly, barely seems to be trying to compete with other countries that Americans once mocked as overtaxed and overgoverned. According to PwC, "Paying Taxes 2014 looks not only at corporate income tax, but at all of the taxes and mandatory contributions that a domestic medium-size case study company must pay.

Never-before-seen photos from 100 years ago tell vivid story of gritty New York City By Associated Press Published: 13:31 GMT, 24 April 2012 | Updated: 19:55 GMT, 24 April 2012 Almost a million images of New York and its municipal operations have been made public for the first time on the internet. The city's Department of Records officially announced the debut of the photo database. Culled from the Municipal Archives collection of more than 2.2 million images going back to the mid-1800s, the 870,000 photographs feature all manner of city oversight -- from stately ports and bridges to grisly gangland killings. New York by Land, Air & Sea Our Guide to New York by Land, Air & Sea So much to see, but how to see it best? We’ve taken the pain out of that decision by offering up this fine platter of products designed to see the iconic New York City sights from every conceivable angle! Don’t miss a minute of the action and save ££’s into the bargain… Our New York by Land, Air & Sea includes:

The List Blog 10. Why are dogs committing suicide by jumpingoff the Overtoun Bridge? The Overtoun Bridge is an arch bridge located near Milton, Scotland, overthe Overtoun Burn. A burn is a term used to describe a type of streamwhich is smaller than a river. Free Things to Do in NYC for the Holidays A surprising number of events are free and open to the public all year in New York. There are free musical performances, readings by authors, kids' events, art galleries and even free theater performances and movies. A little digging reveals a whole zero-cost world of excellent entertainment and culture beyond the big-ticket items like Broadway shows and pop-star performances. Some museums in New York are free all the time, including the American Numismatic Society, the Museum at the Fashion Institute of Technology, the Museum of American Folk Art and the National Museum of the American Indian.

School superintendent to Governor: Please make my school a prison A school superintendent in Michigan has written a public letter to the editor asking Governor Rick Snyder if his school can become a prison instead. The full text is below. What do you think? Dear Governor Snyder, In these tough economic times, schools are hurting. And yes, everyone in Michigan is hurting right now financially, but why aren’t we protecting schools?

New York on a Budget - Visitor's Guide Day One: MidtownJust because you’re trying to save cash doesn’t mean you can’t enjoy one of Manhattan’s pricier hoods. 9 a.m.: People-watch with pastries. Next door to its red-carpeted cousin Cipriani 42nd Street, the basement-level Cipriani Le Specialità serves up delicious mini-pastries starting at $1 apiece. Grab a sidewalk table in the summer and watch the natives trample each other as they rush off to work. Those "socialist" countries? They're happy! I had to laugh as I read this article in Forbes magazine, of all places (OK, it was originally on Yahoo Travel): "World's Happiest Places: A new report reveals where people feel most positive about their lives" So America is #1, right?

The favourite neighbourhood haunts of five clued-up New York locals Billy Noble 25, lives on the Upper East Side and teaches 12- to 14-year-olds in the Bronx I guess you could safely say I am not your typical New Yorker. Sen. McCaskill crafting legislation to crack down on waste in war zones Sen. Claire McCaskill (D-Mo.) announced Wednesday she is helping craft legislation intended to prevent the shoddy contracting practices that allowed billions of dollars to be wasted in Iraq and Afghanistan. McCaskill, chairwoman of the Senate Armed Services Readiness and Management Support subcommittee, said she is teaming up with Sen. Features - Free NYC The amount of free music in New York’s summer months is inspiring…and overwhelming. So, here’s a list. Enjoy. (For helpful overviews, see Cathleen Cueto II’s July NFT tract, “Slummer in the City.”) Celebrate Brooklyn • www.celebratebrooklyn.org River to River Festival • www.rivertorivernyc.org

"Not Part of the 99%"? You're Fooling Yourself "I'm not part of the 99%." That's the catch-phrase of a counter-protest that misunderstands the entire nature of the Occupy movement. Buying the lies that 99% activists are just a bunch of unemployed hippies looking for handouts, people like the following young student trumpet their work-ethics, and chide the rest of us for not being them. Parodying the various signs held by Occupy demonstrators, this picture epitomizes a view that misses the entire point of the protests.