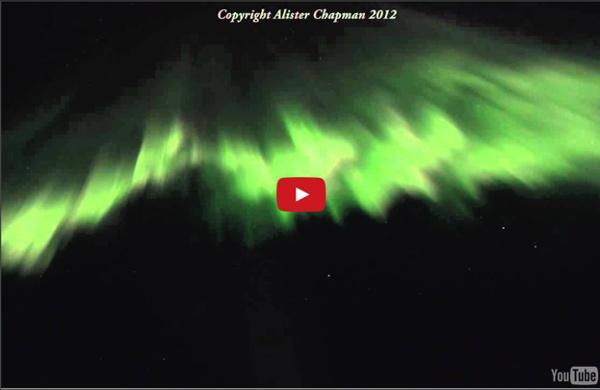 The 27 Most Alien-Like Creatures On Earth. #7 Is From My Nightmares Chinese Water Deer Also known as the "Vampire Deer" A New and Vivid Earthrise Earth can be forgiven its vanity. We may have long ago learned that our flyspeck world does not sit at the center of the universe, that it’s a pint-sized planet in an afterthought solar system, in an outer province of an ordinary galaxy. But say this for Earth: it’s gorgeous. In a universe of planets that too often are burnt umber or ice white or slate gray, ours is a riot of brilliant colors and swirling patterns. NASA has been photographing the Earth and moon in tandem for a long time—from the first black and white image taken by the Lunar Orbiter spacecraft in 1966, to the transformative Earthrise photo taken by the crew of Apollo 8 in 1968, to the celebrated blue marble picture captured by the crew of Apollo 17 four years later. The image shows the complete disk of Earth, with Africa, the Arabian peninsula and South America clearly visible, rising over the moon’s Compton crater, which is on the lunar far side and thus never visible from Earth.

Adorable Mini-Me Photography - Animals with Miniature Versions of Themselves is Too Cute for Words If the Internet were to crash and burn tomorrow, it is a huge possibility that people would fall to their knees in pure despair because they would be missing out on photo series such as this one involving animals with miniature versions of themselves. Cats and other cute creatures have dominated the World Wide Web for so long, people probably wouldn't know how to brighten up their days if they couldn't catch a glimpse of a hamster's butt or what Maru was up to that day. Compiled by Redditor SteveV91, the series of animals with miniature versions of themselves could possibly be cuter than those two combined. The pairs are so alike, its almost eerie. Whether being affectionate or simply relaxing in each other's company, nothing can be sweeter.

Earth - Take a trip around the pale blue dot we all call home In this short film, BBC Earth explores the tiny little planet we all live on. We're releasing it in tribute to the astronomer Carl Sagan, who was born on this day in 1934. Sagan gave us perhaps the clearest demonstration that, while the Earth may seem enormous, compared to the universe it is minuscule. In 1990 he arranged for the Voyager 1 spacecraft to take a photograph of Earth. The resulting photograph is reproduced below. In his 1994 book Pale Blue Dot, published two years before his death, Sagan spelled out what the image tells us: "Consider again that dot. "The Earth is a very small stage in a vast cosmic arena. "The Earth is the only world known, so far, to harbor life. You can listen to Carl Sagan read this passage on the Library of Congress website.

Synonyms for 95 Commonly Used Words - A Mini-Thesaurus for Writers Synonyms for 95 Commonly Used Words in the English language Source for Comic Source for Synonyms Writers Write offers the best writing courses in South Africa. To find out about Writers Write - How to write a book, or The Plain Language Programme - Writing courses for business, email news@writerswrite.co.za

Story of the Biggest Experiment in History Caught on Film On July 4, 2012, scientists around the world waited with bated breath for the announcement that the long-awaited Higgs boson particle had been discovered. The finding — the result of the biggest and most expensive experiment in history — was set to either confirm reigning models of particle physics, or reveal gaps in scientists' understanding of the universe. A new documentary follows six scientists during the launch of the machine that made the discovery possible, the Large Hadron Collider (LHC), a gigantic particle accelerator at the European Organization for Nuclear Research (CERN), in Switzerland, as they attempt to recreate the earliest moments of the universe. "I knew this big event was coming, and I wanted it recorded," said producer David Kaplan, a physicist at Johns Hopkins University in Baltimore, Md. The film opens during the first test of a single proton beam in September 2008. Supersymmetry vs. multiverse Biggest experiment in history

Prehistoric North Sea 'Atlantis' hit by 5m tsunami 30 April 2014Last updated at 20:28 ET By Paul Rincon Science editor, BBC News website A prehistoric "Atlantis" in the North Sea may have been abandoned after being hit by a 5m tsunami 8,200 years ago. The wave was generated by a catastrophic subsea landslide off the coast of Norway. Analysis suggests the tsunami over-ran Doggerland, a low-lying landmass that has since vanished beneath the waves. "It was abandoned by Mesolithic tribes about 8,000 years ago, which is when the Storegga slide happened," said Dr Jon Hill from Imperial College London. Continue reading the main story “Start Quote The impact... would have been massive - comparable to the Japanese tsunami of 2011” End QuoteDr Jon HillImperial College London The wave could have wiped out the last people to occupy this island. The research has been submitted to the journal Ocean Modelling and is being presented at the European Geosciences Union General Assembly in Vienna this week. Continue reading the main story

Beginning and End of the Universe July 26, 2010 § Universe History * The diagram below outlines the major Eras of the Universe according to the Big Bang Theory. “One important point is that since everything that we learn about the Universe comes from light (photons), if there are no photons there is no information. That is a point that has been bothering me. via Astronomy 309: COSMOLOGY. Like this: Like Loading... Tagged: Cool, Evolution, Physics, Quantum Mechanics, Science, Space, Supersymmetry, Unified Field Theory 'Britain's Atlantis' found at bottom of North sea - a huge undersea kingdom swamped by a tsunami 5,500 years ago Divers have found traces of ancient land swallowed by waves 8500 years agoDoggerland once stretched from Scotland to DenmarkRivers seen underwater by seismic scansBritain was not an island - and area under North Sea was roamed by mammoths and other giant animalsDescribed as the 'real heartland' of EuropeHad population of tens of thousands - but devastated by sea level rises By Rob Waugh Published: 23:32 GMT, 2 July 2012 | Updated: 10:49 GMT, 3 July 2012 'Britain's Atlantis' - a hidden underwater world swallowed by the North Sea - has been discovered by divers working with science teams from the University of St Andrews. Doggerland, a huge area of dry land that stretched from Scotland to Denmark was slowly submerged by water between 18,000 BC and 5,500 BC. Divers from oil companies have found remains of a 'drowned world' with a population of tens of thousands - which might once have been the 'real heartland' of Europe. A Greater Britain: How the North Sea grew and the land-mass shrunk

Are We Living Inside a Black Hole July 23, 2010 § This is a new one. I don’t know about you, but I will have fun thinking abut this one this weekend. “Scientists trying to explain the universe’s accelerating expansion usually point to dark energy, which seems to be pushing everything apart.But an Indiana University professor has a new theory, reports New Scientist: We’re inside a black hole that exists in another universe. via Are We Living Inside a Black Hole? Like this: Like Loading... Tagged: Astronomy, Cool, Puzzle, Quantum Mechanics, Science