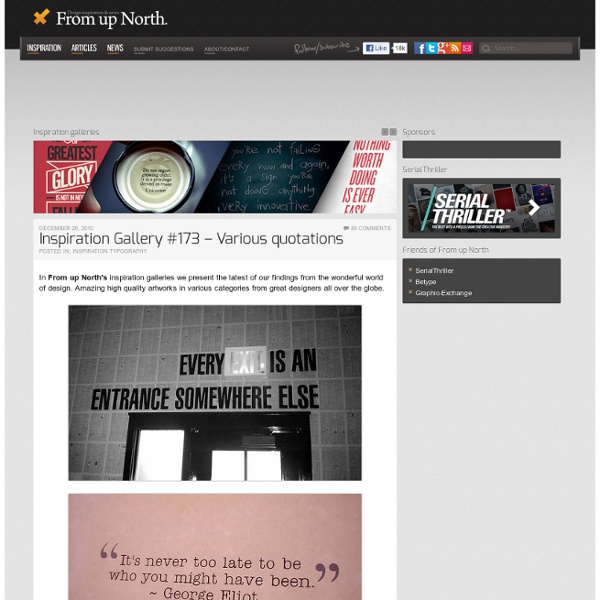 The Myth of Sisyphus The Myth of Sisyphus is a philosophical essay by Albert Camus. It comprises about 119 pages and was published originally in 1942 in French as Le Mythe de Sisyphe; the English translation by Justin O'Brien followed in 1955. In the essay, Camus introduces his philosophy of the absurd: man's futile search for meaning, unity, and clarity in the face of an unintelligible world devoid of God and eternal truths or values. Does the realization of the absurd require suicide? Camus answers: "No. Imaginative Package Designs - Design.inc Blog Imaginative Package Designs Packaging is a very important marketing strategy to glamorize a product in order to attract the consumer's attention.

It is possible to understand Engineers - Where there's a will, there's a way. Understanding Engineers #1 Two engineering students were biking across a university campus when one said, "Where did you get such a great bike?" The second engineer replied, "Well, I was walking along yesterday, minding my own business, when a beautiful woman rode up on this bike, threw it to the ground, took off all her clothes and said, "Take what you want." The first engineer nodded approvingly and said, "Good choice, The clothes probably wouldn't have fit you anyway." Understanding Engineers #2 Famous Oscar Wild quotation No man is rich enough to buy back his past The world is a stage, but the play is badly cast I don`t like principles. I prefer prejudices

Collected Quotes from Albert Einstein [Note: This list of Einstein quotes was being forwarded around the Internet in e-mail, so I decided to put it on my web page. I'm afraid I can't vouch for its authenticity, tell you where it came from, who compiled the list, who Kevin Harris is, or anything like that. Still, the quotes are interesting and enlightening.] "Any intelligent fool can make things bigger, more complex, and more violent. It takes a touch of genius -- and a lot of courage -- to move in the opposite direction."

Fourth dimension Fourth dimension may refer to: Science[edit] Four-dimensional space, the concept of a fourth dimensionSpacetime, the unification of time and space as a four-dimensional continuumMinkowski space, the mathematical setting for special relativity Literature[edit] Music[edit] Computing[edit] The Great Geek Manual & The World's Most Beautiful Libraries I make no secret of the fact that I’m a hardcore bibliophile, but we’re a common enough lot these day. And the one sight that always makes me linger over a webpage is rows and rows of neatly organized books. So, in an effort to draw more like-minded read here to my little blog, I decided to round-up a gallery of photos of some of the most beautiful libraries I’ve ever seen photos of. Enjoy.