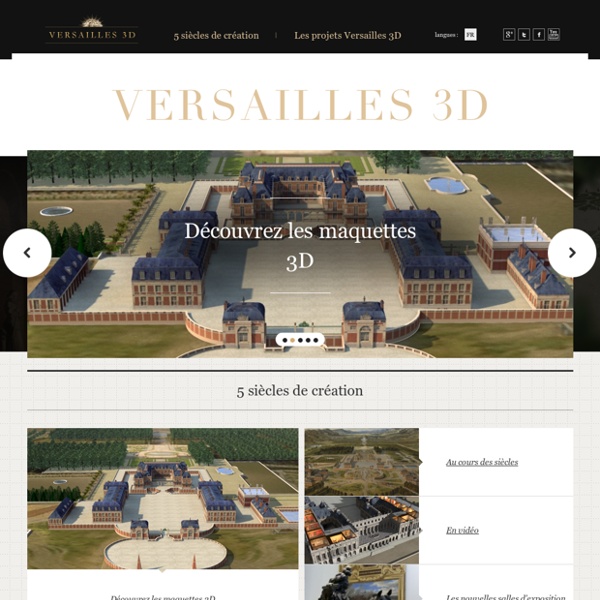 Bisou This post was inspired by a question from a friend of mine who was asking about the differences between the French words used to say “kiss”. I thought it would be appropriate to help define them here for my readers as there are several words and their meanings or connotations are not all exactly the same. Le Baiser by Auguste Toulmouche There are a few nouns in French for the word kiss : Un baiser : is the word for what we would call a kiss on the lips.

2018 Régimes de la propriété, entre l'ancien et le nouveau The idea of this special issue is to broaden our thinking about property in the revolutionary era by drawing together a variety of approaches. When property is reorganised, its effects are felt in many arenas. Property connects the ideal and the physical, and in doing so it is a centre where we find layered law and institutions, social relationships, as well as economic and political ones. Les conflits dans le monde en temps réel To download all ACLED data for the entire time period of coverage, simply click ‘export.’ To download all available ACLED data for a specific time period, enter a date range and click ‘export.’ Please be aware that ACLED covers over 100 countries, but the period of active coverage differs by region and country.

Time-travelling 3D tour shows birth of Eiffel Tower Sandrine Ceurstemont, editor, New Scientist TV Imagine visiting the World's Fair of 1889 in Paris, France, and seeing the Eiffel Tower just after it was built. Now thanks to an ultra-accurate 3D reconstruction, you can travel back in time to see it. Created by Mehdi Tayoubi from French company Dassault Systèmes and colleagues, the buildings in the video are represented exactly to scale, down to minute details such as the flags on the main pavilion. Top 10 Passages of Paris Based on the idea of a souk, a covered area in which to meet, shop and browse, it is believed that in Paris it was the Galeries du Bois du Palais Royal built in 1786, that became the model for the passages of Paris that appeared in the coming years. This arcade, which used to house 120 luxury boutiques, was one of the most popular spots in Paris before 1830 and surrounds the central gardens of Palais Royal which is open to the public. Imitation of the elegant and highly favoured Galeries du Bois du Palais Royal, saw the construction of galleries such as Galerie Feydeau (1791 – no longer exists), Passage Caire (1798 – present day) and Passage Panoramas (1799 – present day). Following on from this trend, some 30 more passages were built during the Bourbon Restoration (1815-1830) and diffused to other major cities of France and by 1850, Paris boasted almost 150 passages. when today there remain under 30.

Peaceful Cruises on French Waterways Hidden from most roads, deep in the lovely French countryside, are a multitude of waterways. These ancient forms of navigation are still used to transport goods on barges across regions of France. But they are also enjoyed by plaisanciers (boaters), and several companies rent boats where a family or a group of friends can spend several days exploring the French back country. Nivernais Canal Taking such cruises harks back to slower times, when barges would be pulled by horses walking alongside the banks. The scenery is peaceful: calm waters, passing breezes, quiet woods, rolling vineyards, sleepy villages; this delightful rhythm is occasionally broken by the écluses (locks) designed to raising and lowering boats between stretches of water of different levels.