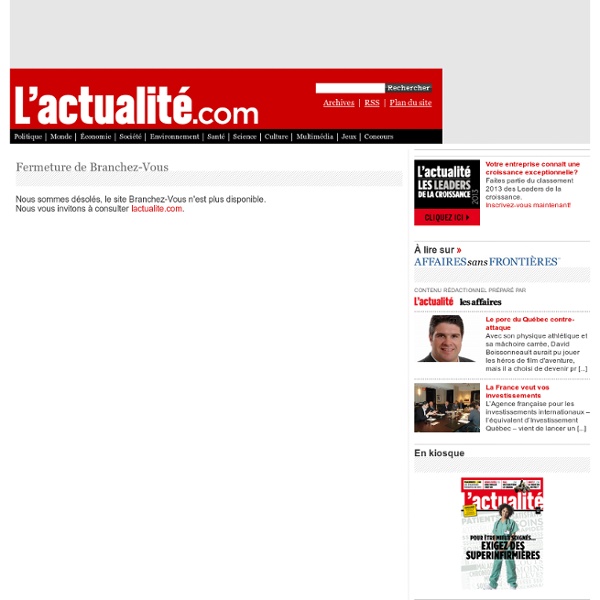 5 Twitter Metrics Beyond Follower Count Counting your Twitter followers is a mostly fruitless exercise. If you have 50 followers that you’re engaging and interacting with, that’s much better than 2,000 followers who don’t pay any attention to what you have to say. The number of followers you have is just one of many metrics you should be using to measure how effective your Twitter efforts are. We’ve got five Twitter metrics beyond follower count for you to use to better understand your Twitter presence. Tips for putting foursquare and other LBS to marketing use - Mobile Marketing - Advertising By Rimma Kats April 5, 2011 Consumers’ unprecedented need to always be connected and in constant communication with their peers has led to an explosion in location-based services that take advantage of social functionality. Here are some tips on navigating the LBS landscape and targeting consumers on a hyper-local level. According to industry experts, the opportunity is now.

Why newspaper ad sales are not recovering Things got no better in the early days of 2011. Kicking off a unbroken series of dismal earnings reports for the first quarter of this year, Gannett last week reported that print ad sales fell 7.2% from the same period in 2010. The largest of the publicly held publishers, Gannett’s geographically diversified portfolio of small, medium and large newspapers is something of a barometer, inasmuch as its results have closely mirrored the industry’s over-all performance in the last five tumultuous years. Gannett’s performance proved to be far from the worst. McClatchy reported yesterday that its ad revenues fell 11.0% in the first quarter from the prior year. Ad sales fell 9.8% at the newspapers owned by Media General and 9.7% at the Regional Division of the New York Times Co., which includes papers in the Southeast and one paper in Northern California.

Applying For A Job? You Need To Clean Up Your Twitter More often than not these days, potential employers will take a look at a prospect’s Facebook, Twitter, LinkedIn and other social media profiles. If you’re on the job hunt, you’ve got to make sure you look good not just in an interview, but online, too. While Facebook is likely the first place a future employer will look you up, don’t think they won’t do all the digging they can do. They want to know if you have any deep and dirty secrets that would disqualify you from the position you’ve applied for, and Twitter isn’t really a secret anymore. The net-savvy employer will try to find you on Twitter, so you’d better be prepared to meet him or her there with confidence.

The album's on the button badge The Playbutton format puts an album release inside a button badge, with a 3.5mm earphone jack at the bottom and MP3player controls to the rear Image Gallery (4 images) Like many folks, when I was a youngster I used to wear lots of button badges to proudly show what bands I liked. Imagine how cool it would be to allow friends to plug a set of earphones into your badge and let them listen to your favorite bands, too. Tweet Topic Explorer By: Jeff Clark Date: Tue, 19 Apr 2011 One problem I face on a daily basis is to decide for a given Twitter account whether I want to follow it or not. I consider many factors when making the decision such as language of their tweets, frequency, whether they interact on twitter with other people I admire, or if I have some personal or geographic connection with them.

What FourSquare needs to do to rock One of the things I noticed when I was in America (both Silicon Valley this summer and Minneapolis last fall) is how widespread FourSquare's use was. I'm not just talking about the fact that almost all shops, restaurants and businesses on the block had a Foursquare venue already created but that venue had the correct address and tags. They even had a bunch of helpful tips included which ranged from what was good to eat to what tables provided the best people-watching spots. That's not really something we have here on FourSquare in Ireland. Duplicate venues, blank address and tag fields and precious few tips are the reality here. How is that changed?

Twitter now sends Emails for Retweets and Favorites - TNW Twitter Twitter has just notified its users via a Tweet that it will begin notifying them that someone they follow has retweeted or favorited one of their tweets. The new notifications will apparently be delivered in the same manner that current notifications about direct messages and new followers are sent. Updated. We’re hoping that they will also add the ability to manage those notifications as some users could quickly be overwhelmed.