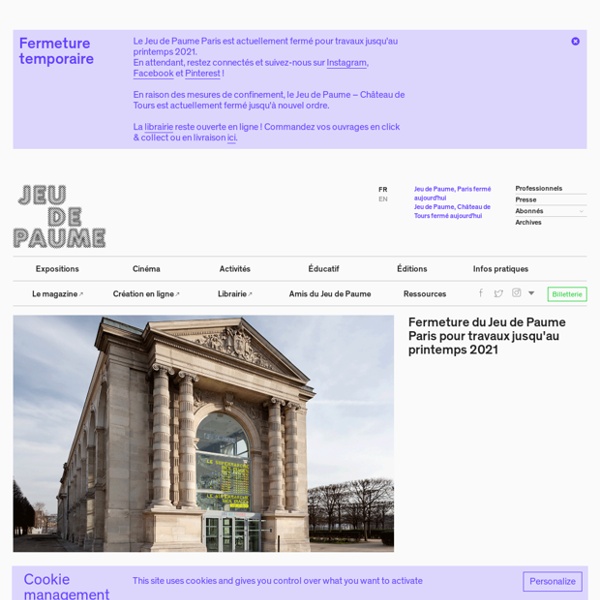 Mystery of the locks Lovers leave locks inscribed with their names on Pont des Arts. The Sacre Coeur Basilica offers sweeping views of Paris. The Montmartre district, a haven for artists, used to be dotted with windmills. This is one of two that remain. Rue Cler is a pedestrian market street dotted with bistros and shops. Tempting cakes for sale at the bakery on Rue Cler.

Creative Inspiration: Process & Materials Today’s dose of creative inspiration comes from the latest exhibit over in Gallery 543 at the Navy Yard. The title, “Finished exploration of process and material to find special finishes and fixtures for future projects,” is a bit of a mouthful – but it sums up the array of materials and patterns that grace the walls as we walk to our cafeteria each day. I can’t get enough of all the different textures and patterns in this exhibit , which is the work of the UO Store Design Build & Environment teams. From the paint spattered table to the plywood god’s eyes, it’s a fascinating way to look at materials we see every day in a new way. Man Ray official digital photographic library manray-photo.com, Man Ray official digital photographic library Internet site officially authorized by the Man Ray Trust to offer, under certain conditions, reproductions of the Man Ray artworks. These images are displayed only to allow the inspection for purposes of placing reproduction orders, within a professional framework. These works of Man Ray are protected by the legislation concerning literary and artistic property in all countries.

Photographs Do Not Bend: contemporary photographers Archives Research: Sam Taylor Wood, Still Life (video stills), 2001 In the arts, vanitas is a type of symbolic work of art especially associated with Northern European still life in Flanders and the Netherlands in the 16th and 17th centuries though also common in other places and periods. Daniel Temkin Daniel Temkin makes still and interactive pieces stemming from different forms of miscommunication, often built as uneasy collaborations with the computer. I'm featuring two of his projects which are related with glitches and errors produced by the use of basic softwares such as Photoshop. The first one is called Glitchometry, Daniel describes; each image begins as one or a few black squares or circles. They are sonified -- imported into an audio editor. Sound effects are added to individual color channels, as if they were sound, transforming the image.

Notre-Dame de Paris Hours Reception, information, treasury, audioguides, visits organised by the cathedral... Mass and Service times First Friday of the month and every Friday during Lent at 3 pm, on Good Friday from 10 am to 5 pm. 850 years All informations about the 850 years... Linn Olofsdotter She was born in Sweden, worked in Brazil and is now settled in the Portland area. The prolific illustrator and mixed-media artist Linn Olofsdotter is a global citizen of the most interesting kind. Her own life in different locales gives her many sources of inspiration and most likely helps her flex her illustration muscle to meet the needs of a vast variety of clients. Fantastic photomontage and its possible influences, 1857 - 2007 : a timeline ... interior frame Edgar Allen Poe 1850/6: The Works of Poe The Works of the Late Edgar Allan Poe were published in the U.S. (1850 & 1856), although sadly edited by someone who sometimes freely rewrote and recombined the stories. Poe (1809-1849) had been known in his own lifetime — but only as a critic, not as a writer of fiction. Poe's works, along with de Sade and the recovery of European folk/fairy tales, became the seeds of a sophisticated gothic imagination (there had been an unsophisticated pre-1848 literature of 'Penny Dreadfuls' and a brief British craze for horror stage shows) — which can be seen running through Stevenson's Hyde (1886), the 'L'Esprit Decadent' novels of the 1880s, James' The Turn of the Screw (1898), Ernst's collage novels, Lovecraft, Mervyn Peake, Borges, Ray Bradbury, Angela Carter, to Jan Svankmajer and beyond.

Eiffel Tower, Paris Once the tallest structure in the world, the Eiffel Tower is probably Europe's best known landmark and Paris's most famous symbol. You couldn't possibly visit Paris without seeing the Eiffel Tower. Even if you do not want to visit this world famous structure, you will see its top from all over Paris. The tower rises 300 meters tall (984 ft); when it was completed at the end of the nineteenth century it was twice as high as the Washington Monument, at the time the tallest structure in the world. The Eiffel Tower was built for the World Exhibition in 1889, held in celebration of the French Revolution in 1789. The construction was only meant to last for the duration of the Exposition, but it still stands today, despite all protests from contemporary artists who feared the construction would be the advent of structures without 'individuality' and despite the many people who feared that this huge 'object' would not fit into the architecture of Paris.

Arne Quinze ONE WORLD by The People of Tomorrow Arne Quinze, Tomorrowland & De Schorre are building a state-of-the-art, permanent public artwork and invite the whole world to help. Follow the making of here! www.peopleoftomorrow.com My Secret Garden / Rockstrangers Book Arne Quinze invited author Saskia de Coster for a unique project that will enlargen the scope of both the Rock Strangers project (Ostend) and the Secret Garden exhibition (Rotterdam). Laduree Maccarons Ladurée (French pronunciation: ​[la.dy.ʁe]) is a French luxury bakery and sweets maker house created in 1862. It is one of the top premier sellers of the double-decker macaron, fifteen thousand of which are sold every day. They are still one of the best known makers of macarons in the world.