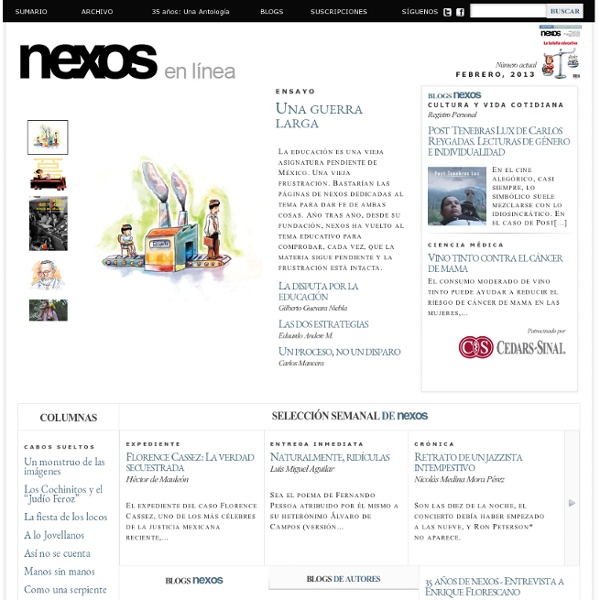 Social Software and the Politics of Groups Social Software and the Politics of Groups First published March 9, 2003 on the "Networks, Economics, and Culture" mailing list. Subscribe to the mailing list. Social software, software that supports group communications, includes everything from the simple CC: line in email to vast 3D game worlds like EverQuest, and it can be as undirected as a chat room, or as task-oriented as a wiki (a collaborative workspace). Because there are so many patterns of group interaction, social software is a much larger category than things like groupware or online communities -- though it includes those things, not all group communication is business-focused or communal. LMS - Aula Virtual In September 2012, Skillsoft acquired MindLeaders, bringing together two leaders in learning-offering you comprehensive, targeted learning assets that cover key business issues such as leadership development, IT certification support and talent management. This integration also means organizations in the U.S. can turn to Skillsoft for a wide range of compliance needs including legal, food services and ES&H. Organizations in the U.K. can leverage Skillsoft resources to address their hospitality and adult social care compliance needs. This is an exciting time to be in the learning industry.

How To See Where Your Twitter Friends Are On A Google Map How To Use Vine In The Classroom 1.54K Views 0 Likes Students can quickly create their very own six-second videos for free. Here's a quick look at using Vine in the classroom for active learning.

Towards a conceptual lyric Too many poets act like a middle-aged mother trying to get her kids to eat too much cooked meat, and potatoes with drippings (tears). I don’t give a damn whether they eat or not. Forced feeding leads to excessive thinness (effete). Nobody should experience anything they don’t need to, if they don’t need poetry bully for them. I like the movies too. — Frank O’Hara, “Personism: A Manifesto”(1959)[1] 2012 January 13 - Saturns Iapetus: Painted Moon Discover the cosmos! Each day a different image or photograph of our fascinating universe is featured, along with a brief explanation written by a professional astronomer. 2012 January 13 Power Laws, Weblogs, and Inequality Power Laws, Weblogs, and Inequality First published February 8, 2003 on the "Networks, Economics, and Culture" mailing list. Subscribe to the mailing list. Version 1.1: Changed 02/10/03 to point to the updated "Blogging Ecosystem" project, and to Jason Kottke's work using Technorati.com data. Added addendum pointing to David Sifry's "Technorati Interesting Newcomers" list, which is in part a response to this article. A persistent theme among people writing about the social aspects of weblogging is to note (and usually lament) the rise of an A-list, a small set of webloggers who account for a majority of the traffic in the weblog world.

8 Great Tools to Create Webinars Online One of the pluses of technology in education is the fact that it liberated the notion of formal instruction and destroyed its confining walls. There is an emerging breed of teachers nowadays who no longer accept the notion that the classroom is necessarily contained within four walls. They use social media and telecommunication technologies to globalize their instruction and extend their teaching to everywhere in the world. Such breed of teachers are called global educators and they are using a wide range of technologies in their work most important of which are web conferencing and webinar ( web seminar ) making tools. As for the former, Educational Technology and Mobile Learning has already published 7 best web-conferencing tools for teachers.

13 ways Twitter Improves Education Twitter can easily be dismissed as a waste of time in the elementary school classroom. Students will get distracted. Students will see tweets they shouldn’t at their age. draft one « Slow Literature: A brief manifesto The information superhighway, circa 1835 There was a time when all literature was slow. It took weeks, months and often years to write out all the words that went into a book-length text in longhand. Images: Ice Varieties along the Antarctic Coast As Seen From Space The end of December marks the end of spring and beginning of summer along the coast of East Antarctica. The Sun shines most (if not all) of the time, yet ice still dominates the land and sea. That ice, however, is far from uniform. Varied forms of ice appear in these images from the Moderate Resolution Imaging Spectroradiometer (MODIS) on NASA's Aqua satellite and the Advanced Land Imager (ALI) on NASA's Earth Observing-1 (EO-1) satellite. These natural-color images both show parts of the Mawson Coast, where an Australian-led research station is located. The MODIS image (from December 16, 2011) offers a wide-area view and the ALI image (December 30) gives a close-up centered around the research station.

Organizing P2P Organizations (Photo credit: Wikipedia) [Revised repost. I probably should have titled this “Hacking the Organization”. What follows is not a primer of organizational design but simply a back-of-the-envelope sketch of how a number of organizational design and management ideas might be applied to peer-to-peer (P2P) organizations. My intention is for these ideas to be adapted or “hacked” for P2P applications without getting hung up on ideology or terminology, much of which has historical baggage.]

Educación Mínimamente Invasiva "que debería estar marcado Library girls Originally uploaded by dcolson5201 Let me take you on a short journey. 100 Ways To Use Twitter In Education, By Degree Of Difficulty Twitter may have started off as a fun social media site for keeping up with friends and sharing updates about daily life, but it’s become much more than that for many users over the past few years as the site has evolved and grown. These days, Twitter is a powerhouse for marketing, communication, business, and even education, letting people from around the world work together, share ideas, and gain exposure. It has become a staple at many online colleges and campuses as well, leaving many academics wondering just how and if they should be using Twitter both in the classroom and in their professional lives. So we’ve revised our our original 2009 list to get you started or up to date. Whether you’re an academic or just interested in building your Twitter profile, keep reading to learn some tips and tricks that can help you take the first steps towards using Twitter for coursework, research, building a professional network, and beyond. The Basics