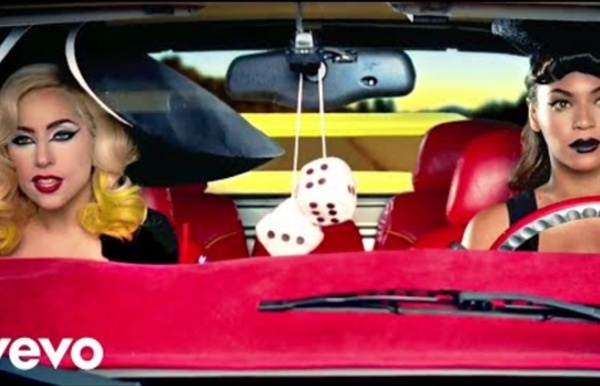 Haim Cover Robyn's 'Show Me Love' on BBC Radio 1's Piano Sessions For their latest radio pop/soft-rock cover, Haim have decided to perform a Robyn song — but it’s not “Dancing on My Own” or anything from the Body Talk era, when Robyn became the international patron saint of dancing out your feelings. Instead, the sisterly trio from L.A. performed “Show Me Love” — one of Robyn’s early radio hits from the Nineties — on BBC Radio 1’s Piano Sessions with Este Haim on lead vocals. The band beautifully adapted the pop song into a searing piano ballad, and it pairs well with their intimate new song “Hallelujah,” which they performed in the same session. In addition to their Robyn cover, Haim recently unveiled a cover of Leonard Cohen’s 1984 song “If It Be Your Will,” produced by Ariel Rechtshaid and released the same day as Cohen’s posthumous album Thanks for the Dance.

Save The Pacific Northwest Tree Octopus Help Save The ENDANGERED From EXTINCTION! The Pacific Northwest Tree Octopus Rare photo of the elusive tree octopus Diane Warren Diane Eve Warren (born September 7, 1956)[1][2] is an American songwriter. She rose to prominence in 1983, and has since written songs for and co-written songs with multiple singers, as well as for several films. Warren has won a Grammy Award, an Emmy Award, a Golden Globe Award, three consecutive Billboard Music Awards for Songwriter of the Year, and has been nominated for ten Academy Awards. She has been inducted into the Songwriters Hall of Fame and received a star on the Hollywood Walk of Fame. Her UK success saw her win an Ivor Novello Award from the British Academy of Songwriters, Composers and Authors when she received the Special International Award in 2008.

30 of the best podcasts in 2017 for curious minds Wilma Podcasts are more popular than ever. Thanks to 2014's podcasting hit Serial everyone who owns a mixing desk and a microphone has started to create their own. Sometimes the choice of what to listen to can be overwhelming. To help you out here's WIRED's guide to the podcasts you should be listening to. Downtempo Downtempo (sometimes used synonymously with "trip hop")[2] is a genre of electronic music similar to ambient music, but with a greater emphasis on beats and a less "earthy" sound than trip hop.[3] History[edit] The 1990s brought on a wave of slower paced music which was played throughout chillout rooms—the relaxation sections of the clubs or dedicated sections at electronic music events.[4] Downtempo music started to surface around Ibiza, when DJs and promoters would bring down the vibe with slower rhythm and gentler electronic music upon approaching sunrise. In the late 1980s, trip hop emerged from Bristol, which combined elements of hip hop beats, drum and bass breaks, and ambient atmospheres at a lower tempo.

Hypnagogic pop Hypnagogic pop is pop or psychedelic music[2][3] that explores elements of cultural memory and nostalgia by drawing on the popular entertainment and recording technology of the past, particularly the 1980s.[4] The genre developed in the mid to late 2000s as American lo-fi and noise musicians began referencing retro aesthetics remembered from childhood, such as 1980s radio rock, new age, MTV one-hit wonders, and Hollywood synthesizer soundtracks,[5] as well as analog technology and outdated pop culture. Characteristics[edit] Hypnagogic pop has a preoccupation with both decaying analog technology and bombastic representations of synthetic elements in 1980s and 1990s popular culture, according to critic Adam Trainer. Lizzo: TIME's Entertainer of the Year 2019 Surely, in the year of our lord 2019, you know who Lizzo is. I mean, even if you don’t think you know, girl—you know. Her song is in that Walmart commercial with the dancing cart people, and another one is in an ad for GrubHub, and I swear I was watching a football pregame show and heard strains of the piano riff from her song “Good as Hell” twinkling in the background. She’s on the soundtrack at your Zumba class, her voice is blaring from the headphones of the guy across from you on the train, and your daughter is locked in her bedroom scream-singing, “I just took a DNA test/ Turns out I’m 100% that bitch,” from Lizzo’s No. 1 hit, “Truth Hurts,” in her mirror right now. But right now, Lizzo, 31, is with me—literally—tucked away in a studio on a dead-end street on a warm December afternoon in Dallas. I didn’t get dressed up, because what does a regular person wear to meet Lizzo?

Lana Del Rey Announces New Spoken Word Album Lana Del Rey has announced that on January 4, she’s releasing a new spoken word album of “freestyle poetry.” The news comes as she prepares to release a printed collection of poetry. She shared the album news in a video on Instagram, revealing that half of the album’s proceeds will go to benefit Native American organizations. Lana released her new album Norman Fucking Rockwell this year, which followed 2017’s Lust for Life. “Motivation” by Normani Review Though she’s a Beyoncé fan through and through, Normani has said that the Destiny’s Child member she relates to most is Kelly Rowland. She says she admires Rowland’s grace and her 2011 hit “Motivation,” but perhaps there’s a more obvious reason: Compared to the skyrocketing success of fellow former Fifth Harmony member Camila Cabello, Normani’s solo career has developed more slowly. On “Motivation,” the 23-year-old’s first single all by herself, she steps out with sparkle and command, making the case that Fifth Harmony doesn’t have just one all-star alum. She’s recorded lovelorn duets with Sam Smith, Khalid, and 6LACK, but on “Motivation,” Normani finally has some fun.

Warren Zevon American singer-songwriter Warren William Zevon (; January 24, 1947 – September 7, 2003)[1] was an American rock singer-songwriter and musician. Known for his dry wit and acerbic lyrics, he was a guest numerous times on Late Night with David Letterman and the Late Show with David Letterman. Early life[edit] Zevon was born in Chicago, Illinois, the son of Beverly Cope (née Simmons) and William Zevon. His father was a Jewish immigrant from Russia, whose original surname was Zivotovsky.

Am i the only one tht comments cheez! by tanasu Mar 7