AFROPUNK - ... the other Black experience 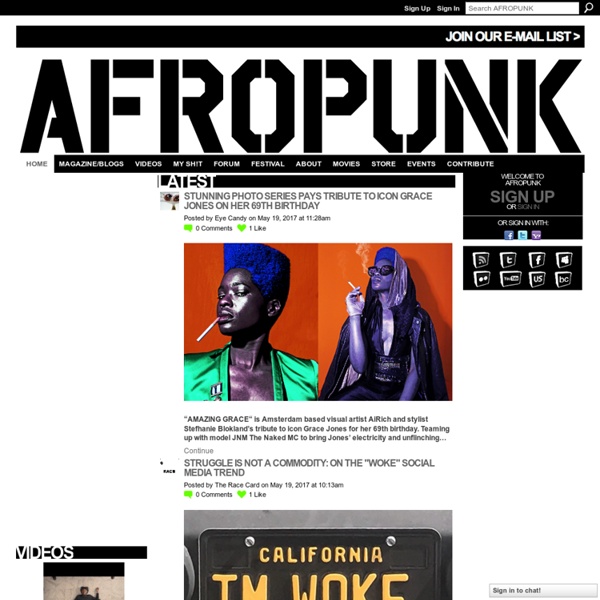 The Day After The Sabbath Top 10 Metal Scenes In America By Brandon Ringo 10. Little Rock, AR Little Rock isn’t the kind of town that’s associated with heavy metal very often. However, thanks to heavy-hitting bands like Rwake and Pallbearer, as well as Iron Tongue, Deadbird, Seahag and many more, the scene has been flourishing as of late and Downtown Music Hall is a fantastic place to catch a show. Venues: www.downtownmusichall.com | www.revroom.comwww.juanitas.com | www.stickyfingerz.com

Sister Outsider Headbanger On Being a Black Feminist Metalhead I'm not sure exactly when or how it happened, but at some point in my childhood I began to think I was a white guy trapped in the body of a black girl. And not just any white guy, either—a guitar player in a heavy-metal band. Ok, stop laughing. It's no joke. I'm a black female metalhead. Over the next few years, I embraced my heavy metal destiny. But in the early '80s, some of us kids in the 'hood did listen to metal. I buried my metal affection at first, not wanting to seem like too much of a freak to my friends, sneaking Metallica songs in between Salt 'N Pepa and Digital Underground on mix tapes. And yet I think that contradiction was what appealed to me in the first place. And so it went for a couple of years—maintaining the dual identity of regular high-school student by day, hard-rockin' metalhead by night—but I felt pretty isolated. By sophomore year, I had encountered some kindred spirits. I can buy that. But metal did empower me.