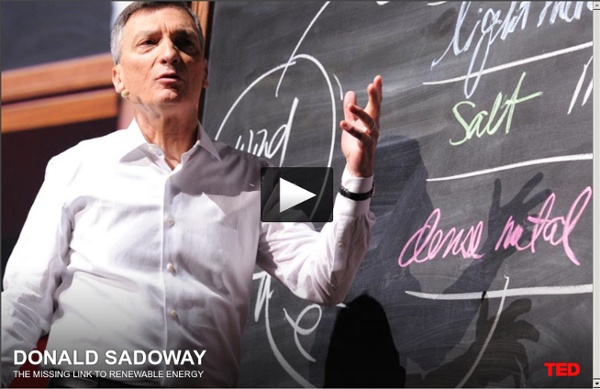 Living Sculpture Website Easy activities: Woven branch art Community projects: Living dome Videos: Resources Pretzel, ladders and fantastic shapes made from living trees are evidence of what may be the most long term living sculpture in our unit. Lighting the way for safe childbirth The "solar suitcases" designed by We Care Solar are saving lives around the worldMany mothers, babies are dying because their health facilities lack reliable electricityOne of the solar kits also helped during a recent cholera outbreak in the Congo (CNN) -- Solar energy in a suitcase is an invention saving lives around the world in places that lack reliable electricity. Dr. Laura Stachel discovered several years ago that many women and babies were dying during childbirth simply because there wasn't adequate light to treat them. So she and her husband came up with a portable solar energy kit to provide light and power when necessary.

Portland's water pipes are the newest source of clean energy Portland residents can now generate green electricity simply by turning on their water taps and flushing their toilets. Fast Company reports that the Oregon city is using a state-of-the art system to capture energy from water flowing through the city’s pipelines. Small turbines installed inside the pipelines are turned by the flowing water, sending energy into a generator and off into the power grid. “It’s pretty rare to find a new source of energy where there’s no environmental impact,” Gregg Semler told Fast Company. 10 Simple Things You Can Do to Make Your Yard More Appealing to Wildlife I get a thrill and a sense of well-being when I see wildlife around my home. Because of my busy lifestyle, my lawn and garden beds tend to look a little more unkempt and a little less manicured than I’d like to, the point where I expect to receive disapproving glares from neighbors. However, this lack of regular pruning, mowing, and trimming produces an unexpected bonus: more natural areas that are welcoming to wild creatures. There are a number of ways in which you can make your yard more hospitable to wildlife, and many of them require very little effort or maintenance: 1. Build a brush pile.

Solar magnetism twists braids of superheated gas A rocket-borne camera has provided some of the sharpest images yet of the Sun's corona, the hot layer of gas that extends more than a million kilometres above the solar surface. The corona is millions of degrees hotter than the layer of gas beneath it, but nobody knows precisely why. "It's counter-intuitive for us here on Earth because as you go up in altitude, the temperature decreases," says Jonathan Cirtain, an astrophysicist at NASA's Marshall Space Flight Center in Huntsville, Alabama. 42 Flowers You Can Eat George M. Groutas/CC BY 1.0 The culinary use of flowers dates back thousands of years to the Chinese, Greek and Romans. Many cultures use flowers in their traditional cooking — think of squash blossoms in Italian food and rose petals in Indian food. Adding flowers to your food can be a nice way to add color, flavor and a little whimsy.

Ocean Energy Teams Compete for $16 Million Saltire Prize in Scotland People have long dreamed of harnessing the tremendous power of the ocean's waves and tides. Off the jagged and wild coast of Scotland, a competition is now under way to demonstrate a practical means of capturing that vast renewable energy for electricity. Four United Kingdom companies are vying for the Saltire Prize, a £10 million (about $16 million) award offered by the government of Scotland, which boasts that 25 percent of Europe's tidal energy potential is surging off its shores. The prize will go to the first company that can demonstrate a viable, environmentally friendly ocean power system in Scotland's waters. Learn more about the Saltire Prize in the video story below:

Problem loading page Canada’s Hydrostor has developed a creative energy storage solution that is half the cost of the best battery technology and lasts twice as long. The clean energy startup is storing energy as compressed air and then housing the air underwater inside giant balloons. Though it sounds ridiculous, the idea is efficient at energy storage, and an environmentally friendly, zero-emissions solution. Cleantech startup Hydrostor designed and is now partnering with Toronto Hydro to operate the world’s’ first underwater compressed air energy storage system in Toronto.