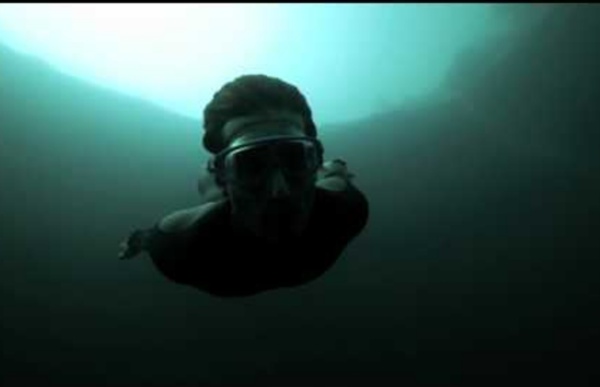 Heart surgeon declares on what really causes heart illness We physicians with all our experience, know how and authority often acquire a rather large selfishness that tends to make it hard to accept we are wrong. So, here it is. I openly admit to being mistaken. As a heart surgeon with 25 years experience, having done more than 5,000 open-heart surgeries, today is my day to right the wrong with medical and scientific proof. I trained for many years with other prominent physicians labelled “opinion makers.”

John Steinbeck on Falling in Love: A 1958 Letter by Maria Popova “If it is right, it happens — The main thing is not to hurry. Nothing good gets away.” Nobel laureate John Steinbeck (1902-1968) might be best-known as the author of East of Eden, The Grapes of Wrath, and Of Mice and Men, but he was also a prolific letter-writer. Steinbeck: A Life in Letters constructs an alternative biography of the iconic author through some 850 of his most thoughtful, witty, honest, opinionated, vulnerable, and revealing letters to family, friends, his editor, and a circle of equally well-known and influential public figures. Among his correspondence is this beautiful response to his eldest son Thom’s 1958 letter, in which the teenage boy confesses to have fallen desperately in love with a girl named Susan while at boarding school.

Scientists use brain imaging to reveal the movies in our mind BERKELEY — Imagine tapping into the mind of a coma patient, or watching one’s own dream on YouTube. With a cutting-edge blend of brain imaging and computer simulation, scientists at the University of California, Berkeley, are bringing these futuristic scenarios within reach. Using functional Magnetic Resonance Imaging (fMRI) and computational models, UC Berkeley researchers have succeeded in decoding and reconstructing people’s dynamic visual experiences – in this case, watching Hollywood movie trailers.

Old 1920s Photos From an Alligator Farm in Los Angeles The Los Angeles Alligator Farm was a pretty crazy place as seen from these old photos from the Los Angeles Public Library. Located next door to the Los Angeles Ostrich Farm in the Lincoln Heights neighborhood of Los Angeles, CA, it served as both an alligator farm and a major city tourist attraction from 1907 until 1953. It was eventually shut down in 1984 after the annual attendance dropped below 50,000. All the animals were relocated to a private estate in Florida. The 1920s wasn’t a period of many safety regulations. Even for kids.

My collection of funny emails from my inbox. Subject: 5 MINUTE MANAGEMENT COURSE Lesson 1: A man is getting into the shower just as his wife is finishing up her shower, when the doorbell rings. The wife quickly wraps herself in a towel and runs downstairs. When she opens the door, there stands Bob, the next-door neighbor. How Trees Calm Us Down In 1984, a researcher named Roger Ulrich noticed a curious pattern among patients who were recovering from gallbladder surgery at a suburban hospital in Pennsylvania. Those who had been given rooms overlooking a small stand of deciduous trees were being discharged almost a day sooner, on average, than those in otherwise identical rooms whose windows faced a wall. The results seemed at once obvious—of course a leafy tableau is more therapeutic than a drab brick wall—and puzzling.

America Could End Homelessness in One Year by Doing This If America really cared about solving the problem of homelessness among it’s citizenry, here’s an idea that would work. Oh- and that opening line references the fact that as far back as 2011 empty houses in America outnumbered homeless families by five times, according to Amnesty International. Anyway, let’s say the problem with homeless people in America was a result of not enough housing.

Water is dangerous This was found on the newsgroup: rec.humor.funny A student at Eagle Rock Junior High won first prize at the Greater Idaho Falls Science Fair, April 26. He was attempting to show how conditioned we have become to alarmists practicing junk science and spreading fear of everything in our environment. In his project he urged people to sign a petition demanding strict control or total elimination of the chemical "dihydrogen monoxide." And for plenty of good reasons, since: The real Lord of the Flies: what happened when six boys were shipwrecked for 15 months For centuries western culture has been permeated by the idea that humans are selfish creatures. That cynical image of humanity has been proclaimed in films and novels, history books and scientific research. But in the last 20 years, something extraordinary has happened. Scientists from all over the world have switched to a more hopeful view of mankind. This development is still so young that researchers in different fields often don’t even know about each other. When I started writing a book about this more hopeful view, I knew there was one story I would have to address.

Once You See These Rare Historical Photos, You’ll Never Forget Them, Especially #14. Wow. May 062014 Like some of you, I’m also a rabid history buff, specializing in collecting the most interesting rare historic photos. I only curate the rare ones that have a significant impact on the history of the world. Find out below some of the most fascinating rare historical photos ever captured on camera. Cow's milk protects against HIV The HIV-inhibiting antibodies from the milk will be used to develop a microbicide (anti-HIV cream) that can be applied before sex to protect people from HIV. Image: ValentinVolkov/iStockphoto Melbourne researchers have developed cows’ milk that protects human cells from HIV. The milk contains antibodies which defend against human immunodeficiency virus (HIV). The next step will be to develop it into a cream which women can apply to protect themselves from contracting HIV from sexual partners. Melbourne University’s Dr Marit Kramski and colleagues found that using cows to produce HIV-inhibiting antibodies is cheaper than existing methods.

BREAKING: Obama just ate a Jucy Lucy; press secretary reports it was "delicious" Mark your calendars, Minnesota: June 26, 2014, is officially the day our commander-in-chief bit into the food of the gods we call the Jucy Lucy. Spotted at Matt's Bar enjoying the Twin Cities' classic cheese-stuffed burger, President Barack Obama may have just escalated the cold war between Matt's and the 5-8 Club. See also:Where should Obama go while he's in Minneapolis? What are Phytoplankton? : Feature Articles By Rebecca Lindsey and Michon Scott Design by Robert Simmon July 13, 2010 A previous version of this article was published in 1999. An archived version is available as a PDF file.