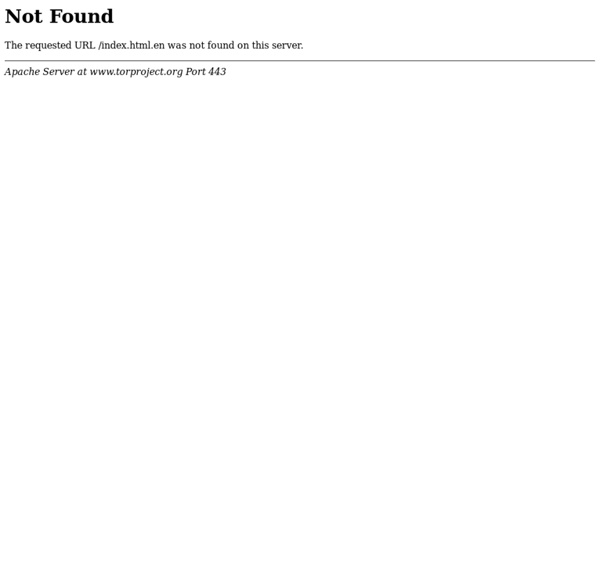 Advaita Vedanta Advaita Vedanta[note 1] is a sub-school of the Vedanta[note 2] school of Vedic or Hindu philosophy[5] and religious practice,[web 1] giving "a unifying interpretation of the whole body of Upanishads". The principal, though not the first, exponent of the Advaita Vedanta-interpretation was Shankara Bhagavadpada who systematised the works of preceding philosophers. Its teachings have influenced various sects of Hinduism. The key source texts for all schools of Vedānta are the Prasthanatrayi, the canonical texts consisting of the Upanishads, the Bhagavad Gita and the Brahma Sutras, of which they give a philosophical interpretation and elucidation. Advaita developed in a multi-faceted religious and philosophical landscape. The tradition developed in interaction with the other traditions of India, Buddhism, Vaishnavism and Shaivism, as well as the other schools of Vedanta.

Blogs Jacob Appelbaum says that a number of Tor's development projects are inspired by the needs of the people that Tor works with around the world. Many of these people are working on the front lines of human rights and political activism. “When working with Laura Poitras it became clear that there were key areas where improving her ability to use anonymity and encryption software would greatly strengthen her ability to continue her work. Skrillex and Damian Marley Video Features Rain Dance Dubstep producer Skrillex has collaborated with Damian Marley, the youngest son of reggae legend Bob Marley, on a track called “Make It Bun Dem”—and the recently-released video has a strong Native theme. The basic plot is that a sheriff is aggressively serving eviction notices in a somewhat run-down neighborhood; a Native family consisting of an old man and a high-school boy attempt to thwart the police with a rain dance, then turn to something stronger as the situation escalates. RollingStone.com calls the video “a statement against oppressive authorities and poverty’s injustice.” A writeup at Exclaim.ca seems to nod in approval as well: “It’s all pretty bleak until a First Nations family channels the spirit world to kick some ass.”

Web 2.0 Suicide Machine The "Web 2.0 Suicide Machine" has, as of January 2010, assisted with more than 1,000 virtual deaths, ending more than 80,500 friendships on Facebook and removing 276,000 tweets from Twitter.[6] How it works[edit] Rather than deleting user accounts, it removes private content and friendships. Smarta Tradition Smartha Sampradaya (Sanskrit, meaning Smartha Tradition) is an orthodox[web 1] Hindu "family tradition"[web 2] or sect composed of Brahmins, c.q. "[a] certain category of brahmins",[web 2] which follows Shanmata. The term Smārtha is used to denote a specific, specialized category of Brahmins, who specialize in the smriti,[web 2] c.q. who hold the smriti as the most authoritative texts. Generally Smartas worship the Supreme in one of five forms: Ganesha, Siva, Sakti, Vishnu, and Surya. Because they accept all the major Hindu Gods, they are known as liberal or nonsectarian.

Mitch Altman: The Hacker Lifestyle Mitch Altman at Chaos Communication Camp, Berlin, August 2011 When he was young, Mitch Altman didn’t like himself. Too much of an introverted geek, too ugly, too queer, in every sense of that word. Today, the first thing that strikes you when you meet him in person is the serenity that emanates from the man. These days Mitch is a respected figure in the hacker community.

Are Chia Seeds The Perfect Superfood? June 7, 2012 Are Chia Seeds The Perfect Superfood? In South America, as far back as 3000 BC, Chia Seeds (Salvia Hispanica) had been a staple of daily nutrition and commerce in Pre-Columbian societies. In Mayan and Aztec life, the seed was so important, it was incorporated into religious ceremonies and tribal trading, even having the harvest time for the seeds outlined in ancient Aztec calendars. It seems it only took modern day humans another 5000 years to revive the importance for these super seeds which are truly amazing and whose health benefits are still being discovered.

Mastering OSMF – Part 1: Working with the Flash Platform This article begins a three-part series of hands-on development with Open Source Media Framework (OSMF). These articles provide a wide view of OSMF—what it has to offer and how to use it. It is geared towards developers or designers who have some development expertise and want to understand better how to take control of the power and benefits that OSMF has to offer. Part 1 gets you started with the basics of OSMF and working with different media. Download, configure, and play back media with the Strobe Media Playback player—a precompiled, ready-to-deploy SWF file that is configured via the HTML source and the FlashVars.

how to easily delete your online accounts Spring Financial is a finance company based in Canada. The company was founded in 2014. Spring Financial is a subsidiary of Canada Drives, which is a leading auto financing company in Canada. The Chief Executive Officer is Michael Galpin. The Director is Cody Green. The Customer Relations Manager is Laura Marchand. The Art of Equalization The Art of Equalization by Ethan Winer (This article first appeared in the August 1979 issue of Popular Electronics magazine.) A growing number of audio enthusiasts are using equalizers to adjust their stereo system's frequency response, whether to compensate for room acoustics or for creative recording purposes.

How To Become A Hacker Copyright © 2001 Eric S. Raymond As editor of the Jargon File and author of a few other well-known documents of similar nature, I often get email requests from enthusiastic network newbies asking (in effect) "how can I learn to be a wizardly hacker?". Back in 1996 I noticed that there didn't seem to be any other FAQs or web documents that addressed this vital question, so I started this one. Here are 89 Life Hacks That Will Make Your New Year So Much Better As you go into the New Year, remember that things can be better than previous years. Maybe you'll get a raise, date someone new or even adopt an adorable pet to welcome into your family. But, if you fail at all of those things (sorry, if you do, but the chances are you may), here are life hacks that you can use to make your 2014 a lot better. Even if you don't get a raise.

Create an amazing music player using mouse gestures & hotkeys in jQuery What’s up guys? Today I am very proud to announce a BIG & INTERESTING tutorial focused on improve the user’s interaction in your web applications. We will create an amazing music player coded in xHTML & jQuery that made use of mouse gestures and hotkeys. You can Click & Drag with mouse to interact with interface’s music player or use directional keys & spacebar instead of mouse. Because I told you that it’s a big tutorial, this time I will show you a live working example in this video: