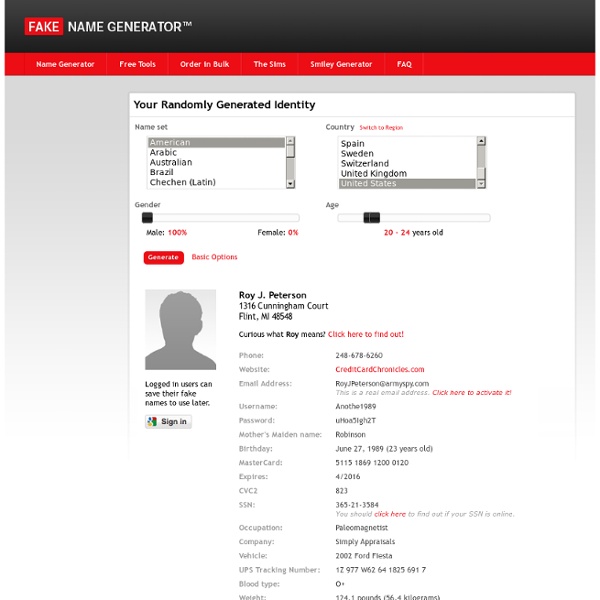 A Singular Creation Art Community & Tutorial: Painting Realistic Eyes - StumbleUpon We would like to ing you this feature tutorial by Linda Bergkvist, renowned in the digital arts community for her gorgeous portrayal of characters. In this tutorial, Linda shows us step by step how she paints realistic eyes. About Linda Bergkvist Linda Bergkvist is a renowned digital artist who currently lives in Sweden. Linda Bergkvist's website can be found at www.furiae.com. PDF to Flash page flip book – Submit to free convert PDF to magazine What kind of PDFs that I can upload? You can upload any PDF with unlimited pages for free, your PDF file size is up to 10MB, or 100 MB for paid users. To save your wait time and our drive space, small PDF file is always recommended.

Guide for Writers: Latin Phrases It’s a matter of taste and style, but not long ago American writers attempted to demonstrate their credentials to the world by including Latin and French phrases within works. A dash of Latin was expected of the moderately educated throughout the Western world. annus mirabilis - wonderful year arbiter elegantiae - judge of the elegant; one who knows the good things in life bona fides - good faith; credentials carpe diem - sieze the day; enjoy the present Download Tor Want Tor to really work? You need to change some of your habits, as some things won't work exactly as you are used to. Please read the full list of warnings for details. Tor Browser for Windows (64 bit)

Quiet Party Quiet Parties (also known as Silent Parties and as Silent Dating parties) are nightclub events where participants socialize by writing notes to each other instead of speaking. The single rule at these events is "no talking." History[edit] The concept is believed to have been created in 2002 by artist Paul Rebhan and musician Tony Noe, two friends who visited several bars in New York City in an attempt to have a conversation, only to find they could not hear each other speak at any bar because of loud music and loud talking.

Healthy Oatmeal Cookie Recipe After all the rich food and desserts over Christmas, you might be looking for something that is a little healthier, but still a bit of a treat. These cookies are the favorite of a friend of mine, especially when I bake them up with big, soft raisins. “They are like treasures!” she declares, picking them out one by one and relishing each one. My Yahoo! Rafael Nadal vs Roger Federer, BNP Paribas Masters: Where to watch live, betting odds and live streaming info Rafael Nadal will face Roger Federer for the second time this season in the fourth round at the BNP Paribas Masters at Indian Wells on Wednesday (15 March). Nadal will have a chance to avenge his 2017 Australian Open final defeat when he takes on Federer. It is the earliest the two are facing each other in a tournament since their third round meeting which was their first ever at the Miami Masters in 2004. International Business Times Researchers use new computational method to define immune cell interactions Immunotherapy, harnessing a patient's immune system to help fight cancer, has shown much promise as a potential cancer treatment.

Read These Seven Books, and You'll be a Better Writer Donald Miller I used to play golf but I wasn’t very good. I rented a DVD, though, that taught me a better way to swing, and after watching it a few times and spending an hour or so practicing, I knocked ten strokes off my game. I can’t believe how much time I wasted when a simple DVD saved me years of frustration. I’d say something similar is true in my writing career. If you read these books, your writing will improve to the point people who read your work will begin to comment on how well you write.