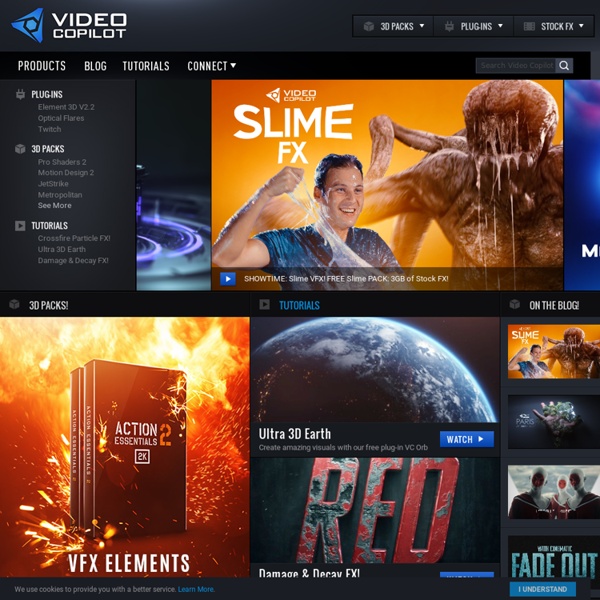 After Effects Expressions from Graymachine Upload graymachine Harry Frank List of Toys and Games beforemario will gradually expand to feature all toys and games created by Nintendo in the period from the mid 60s up to the arrival of the Famicom. The list provided below is a chronological overview of the current content of this blog. This is not (yet) an exhaustive list of the entire Nintendo portfolio of this era; it will grow as blog posts are added. Nintendo Toys and Games - 1965 to 1983 Timeline Before 1965 What do I need to know about buying land for Living off the Grid? Shirley Shay Lemoine Hi! I have a question and didn’t know if to post or just ask you directly and you could maybe post for me if you allow that? It’s okay if not. I would just really appreciate the feedback of other more experienced homesteaders.

5 expressions that will change your life - MoGraph Central - graymachine, on Oct 18 2007, 08:23 AM, said: You put them on any property you want. The golden rule with expressions is:Expressions ONLY do what you can otherwise do with keyframes. Create easy infographics in After Effects - Masterclass Make diagrams easier to understand – by animating them, with tips from motion-graphics and animation expert Angie Taylor. Infographics are hugely useful for explaining a complex or technical subject visually. A quick and easy way to create compelling animated infographics is to break down and reconstruct technical drawings or plans – we see them all the time on the TV news, where they’re popular for explaining abstract or tricky subjects to a broad audience. In this tutorial, Angie Taylor shows that going back to the basics of animating simple shapes and 2D graphics can be just what you need to provide you with a clean and simple design.

Zdog · Round, flat, designer-friendly pseudo-3D engine for canvas and SVG Round, flat, designer-friendly pseudo-3D engine for canvas & SVG Zdog is a 3D JavaScript engine for <canvas> and SVG. With Zdog, you can design and render simple 3D models on the Web. The Gift of Cats Linda George, ContributorWaking Times Life is becoming more complex by the day. We can all see and feel this complexity, this hijacking of our minds and our bodies – through the mainstream media’s incessant and insidious propaganda; through the steady invasion of toxins in our environment; the poisoning of our food, water and air. You don’t have to be a rocket scientist to see that there is an agenda – the evidence is irrefutable – and it is about our enslavement. It’s a freaky and terrifying prospect. One of the items on the agenda is to separate us from nature.