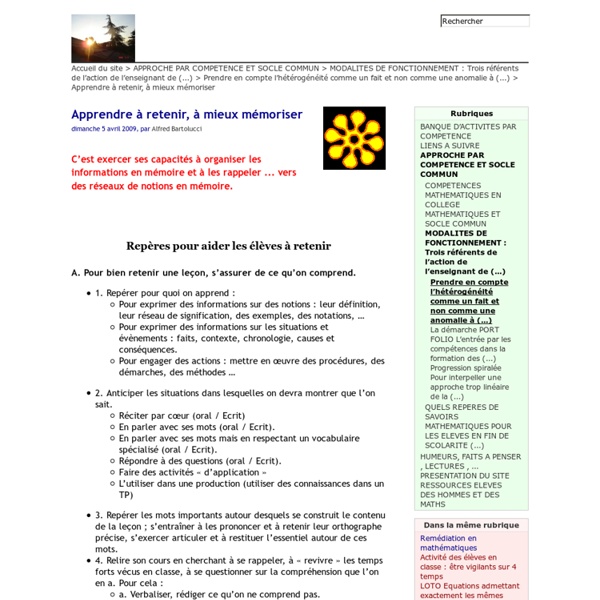 Capitalisme féroce: le jeu You are a pirate commander staked with $50,000 from local tribal leaders and other investors. Your job is to guide your pirate crew through raids in and around the Gulf of Aden, attack and capture a ship, and successfully negotiate a ransom. Game design: Smallbore Webworks Visual design: Dennis Crothers How to Play Cutthroat Capitalism: The Game The attack: Your goal is to leave the port of Eyl with your pirate crew, attack and capture a ship as it exits the Gulf of Aden. Quality Rubrics / Evolution of a Rubric One of my favorite things about Twitter is the copious among of sharing that occurs among education users. In addition to the great conversation, teachers are often sharing resources they've developed or come across. Today, John Calvert (@jcalvert4) shared a rubric he'd developed based on another educator's rubric. I thought it would be interesting to explore how a rubric can evolve in our efforts to make our expectations more explicit and to help students to understand what degrees of quality look like. First, many thanks to John for letting me wander through his rubric and share my thinking.

4 Different Visual Guides To Bloom's Taxonomy I recently received a question from a reader who wasn’t clear about what exactly Bloom’s taxonomy is. It got me thinking that perhaps not everyone is a Bloom’s taxonomy expert, and a little bit of a refresher might be helpful. In later posts, we’ll look at a variety of iterations and interpretations of the traditional Bloom’s graphic, along with apps and tools that address Bloom’s objectives in our modern classrooms. In a nutshell, Bloom’s taxonomy is a grouping of educational objectives that first came about in 1956 in an attempt to classify educational objectives. The original looked like this: Bloom identified four principles that guided the development of the taxonomy.

Working Memory by Saul McLeod published 2008, updated 2012 Atkinson’s and Shiffrin’s (1968) multi-store model was extremely successful in terms of the amount of research it generated. Blog How to Use Technology in the Classroom - MentorMob Blog Everyone seems to think that technology can help students, parents, and teachers solve the host of challenges facing education today. But how exactly tech should be integrated into existing lesson plans, what kind of web access kids should have in school, and how new hardware gets paid for are just a few of the barriers to change. But there are two particular models for tech integration that seem promising: Flipped Classroom and Project Based Learning. The critical questions these two teaching methods ask are these: how can classroom learning facilitate a collaborative atmosphere that’s engaging for students and that mimics the 21st century work environment? And how can the same technology that students often use at home be leveraged to foster teamwork and critical thinking in the classroom? High school math teacher Crystal Kirch has been chronicling her experiment with the flipped classroom model on her blog, Flipping with Kirch.

1979 Revolution: Black Friday - Games For Change 1979 Revolution: Black Friday is choice driven, narrative game that brings players into the brooding world of a nation on the verge of collapse. Play as Reza, an aspiring photojournalist, and make life and death decisions as you survive the gritty streets of Iran in the late 1970’s. The year is 1978, the place is Tehran, Iran. You are Reza Shirazi, a striving photojournalist, who after studying abroad returns home to find his people in a bloodied uprising against the ruling King, the Shah. Led by your best friend, Babak, you are swept up by a web of underground activities and meet a vivid cast of characters. As the revolution tears through your country, friends and family, the fates of those around you hinge on the consequences of your choices.

Google Ventures On 8 Shortcuts For Better, Faster Design Research I’ve been doing design and UX research for almost 24 years. In that time, I’ve learned a lot, and I hope I’ve gotten better at it over the years. One thing is certain: I’m more productive now than when I first started. I’m not any smarter (just ask my co-workers). I’m not working more hours. The Big Picture Of Education Technology: The Padagogy Wheel The Big Picture Of Education Technology: The Padagogy Wheel by TeachThought Staff Teaching is a matter of design. That’s not new, but in an era of change and possibility, it’s more apparent now than ever. The SAMR model (which acts as a kind of continuum to reflect the possibilities of technology in learning) is a helpful tool to make sense of this idea, a visual reminder that ideally technology moves beyond Substitution phase (the “S”) towards a Redefinition (the “R”) of what was previously impossible without it.

Entrance testing is not the answer University students need to learn to write for different disciplines and assignments, and testing the skills they learned in high school isn’t relevant to what they will need to learn. by Roger Graves and David Slomp We commend Nicholas Dion and Vicky Maldonado for calling for assessments of university students’ writing (“We need to assess student literacy skills”) in University Affairs.

The Teacher's Guides To Technology And Learning Welcome to the official guide to technology and learning by Edudemic! This part of Edudemic is meant to offer you, the teacher, some of the best and most popular resources available today. We’ve combed through hundreds of resources in order to narrow down our guides into something easy to read, easy to use, and easy to share. Below are links to the guides we have made so far. 80 Days - Games For Change The year is 1872 (with a steampunk twist) and Monsieur Phileas Fogg has wagered he can circumnavigate the globe in less than 80 days. Traveling by African airship, mechanical camel, submarine in the company of pirates, opium traders, smugglers and more, attempt to complete the epic journey around the world. 80 DAYS allows players to create their own route around the world, starting from London and visiting any of a hundred and fifty cities en route.

This is Your Brain on Habits Emily vanSonnenberg, MAPP '10, currently operates a private practice called Psych Positive for individuals, couples, and families, especially working on improving complex non-traditional relationships such as those between step-parents and step-children. In the summer of 2012, she starts teaching Positive Psychology again at UCLA Extension. She consults with organizations on employee well-being and leadership strategies. She also lectures to the general public on how to increase happiness and well-being. Full Bio. 5 Ways Schools Can Make Learning Relevant for Students By Tanya Roscorla on November 10, 2014 Eric Sheninger talks about how to make learning work for students at TedxBurnsvilleED. Screenshot of the talk by Tanya Roscorla All too often, school is about what works for adults -- not about what works for students.

In praise of the squishy subjects - Capital Read, Inkless Wells Dear readers: This one’s long. You may want to settle in. About a year ago the Canada Millennium Scholarship Foundation approached me to contribute a paper in conjunction with a conference the group would host, called Opportunities-Excellence.