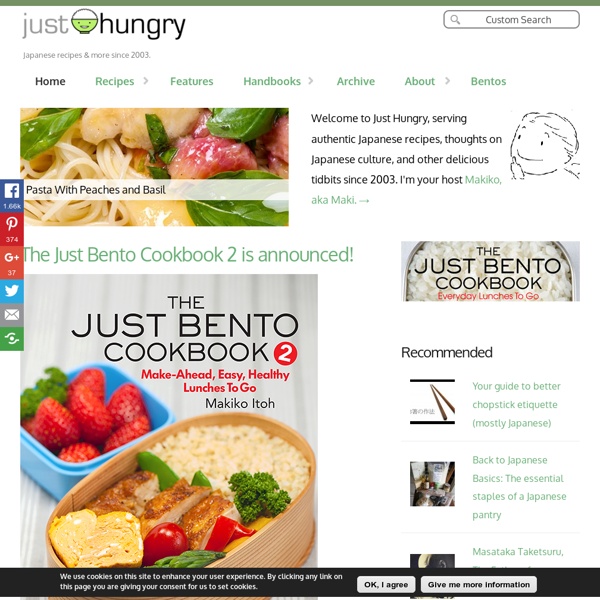 [Update] As of March 2014, Kinou Nani Tabeta?, re-titled What Did You Eat Yesterday? is now being released in English by Vertical! Volume 1 is available now. I am re-featuring this review that I wrote in December 2010 to commemorate this happy news.

[Review] The Ancient Magus’ Bride Strange and beautiful … steeped in fairy tales, danger, romance, and magic…. The Ancient Magus’ Bride is a tapestry of wonders both beautiful and melancholy. Chise, a girl from Japan, finds herself being sold in a mysterious auction and purchased by the mage Elias who has an animal skull for a head. The kids are alright: kid and goat recipes It wasn't so long ago that goat's cheese had a rather hippyish image, while fresh goat's milk was almost impossible to get hold of. But now all things goaty have gone mainstream. Far from being the preserve of specialist healthfood shops, goat's milk and all its related products are flowing into supermarkets in an ever-increasing stream – you can buy goat's yoghurt, goat's butter, even goat's ice-cream. And very delicious they can be, too.

Eikasia Welcome! Eikasia is an online fiction novel free to read. To view what official e-books are available for purchase, please visit my author profile at Amazon or Smashwords. Incomplete drafts can be viewed on Google Drive. Avocado Coconut Ice Cream When I was younger, we used to go to a restaurant in Los Angeles, the long-gone Scandia. It was one of those places where they would wheel up the salad cart, and toss a big bowl of salad right at your table. Since some members of my family went there a lot, they made a special salad for us, which had lots of finely chopped vegetables in it, as well as little cubes of avocado. It was always fun for a kid from the sticks of New England to sit in that restaurant, installed in a high-backed booth, watching the celebrities and the hoi-polloi mingle and eat nearby. But as much as I loved the salad, and straining my neck every time someone walked in the door, I couldn’t stand those slippery little green bits in there and would eat around them as politely as I could.

Chatoyant College, Book 13: The Teeth - Prologue: Failure All of his attempts so far had ended in failure. He knew that there must be a way. He was sure he could find it. When everything was so broken, when life had changed so much from one simple decision, how could he not be able to return things to the way they were? He had the power. He knew it. Paleo Sweet Potato Brownies Rarely have I been so excited about a recipe, but this one is just plain out of this friggin world. Trust me guys, when I say “Knock–You-Right-Off-Your-Feet”, I really mean “Knock-You-Right-Off-Your-Feet”. These brownies seriously threw me straight to the ground with every single bite I took . I still don’t know how I even managed to not eat the entire pan right then and there, after I took the first bite.

Date and Yogurt Shake - lightened up Persian Majoon I adore a rich, thick date shake, full of ice cream, whipped cream and… more cream. Once and a while, only a dairy bomb like that will do. But, I was happy to find this lightened up recipe that I can whizz up when I need a quick (and much healthier) fix. This is a slightly altered take on Louisa Shafia’s date shake in The New Persian Kitchen, which uses plain yogurt instead of ice cream for creaminess and tang. Add a banana, ice, a drop of vanilla and spices (my pick: cardamom), and out of the blender comes a cold, smooth treat that is different to the original but equally satisfying. Hugh Fearnley-Whittingstall's Three Good Things on a Plate Mushrooms, scone, soured cream. Photograph: Simon Wheeler Pretty much a classic savoury "cobbler", this hearty vegetarian main course looks fabulous as you bring it bubbling to the table. You can boost the flavour if you like by adding some wild mushrooms or a handful of pre-soaked dried mushrooms. Steamed greens or leeks make a good accompaniment. Serves 6

Moist Orange Poppyseed Cake recipe Recipe #10542 Submitted by: Three Littlies Serves: 8 20 best slow food recipes: part 1 Lucy Boyd’s slow-cooked beef stew with wine This is a sort of daube, in that chuck or shank cuts are cooked slowly with a good red wine and some stock, celery and carrots, then finely sliced potatoes are added towards the end to make a lid. A good buttery lettuce salad with a mustard dressing is all you need with this stew. Serves 4stewing beef, chuck or rump 800g, cut into piecesplain flour, for dustingbutter 150golive oil 4 tbspcarrots 200g, washed or peeled and cut on the diagonal into 5mm-thick slicescelery sticks 4, ends trimmed, cut into 5mm-thick slicesred onion 1 medium-sized, peeled and choppedlardons, or pancetta or smoked streaky bacon 150g, cut into small piecesgarlic cloves 4, peeled and finely choppedgood-quality red wine 2 glassesbay leaf 1fresh garden thyme 4 sprigs, washed and driedhot beef or chicken stock 350mltomatoes 180gwaxy potatoes 400g, peeled and finely sliced (I use my Magimix for this, as you get such thin and evenly cut slices)sea salt and black pepper