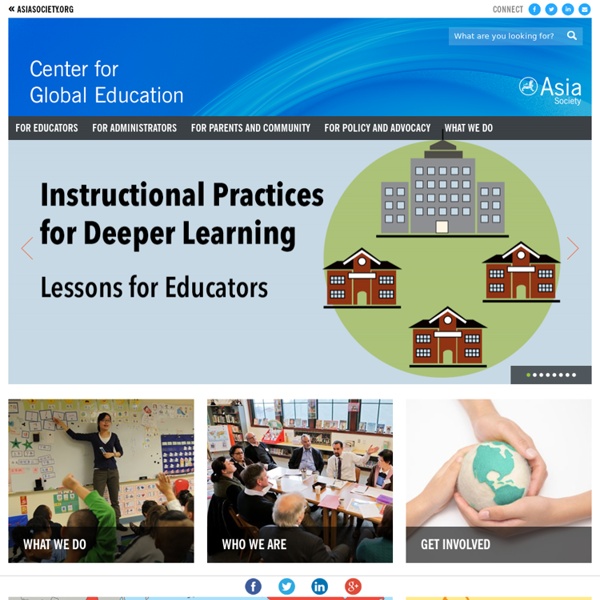 s Potpourri -- The History, Mystery, and Diversity of India Asian Educational Media Service The Anytime, Anywhere Learning Foundation The 21 Steps to 21st Century Learning framework is a guide for schools and school districts as they envision, plan, implement, evaluate and expand 1:1 learning in their schools. It has been more than two decades since the first 1:1 initiative began. In that time, thousands of schools and millions of students have been involved in 1:1 pilots or full-scale implementations. Much has been written about the benefits of 1:1 and its potential to create a revolution in when, where, what, and how students learn. But to create a true learning revolution we must do more than just provide all students with their own personal computers. We must explore ways in which 1:1 makes it possible to profoundly impact the learning opportunities for young people. A 1:1 initiative can help lay the foundation on which new learning dynamics can be built. THE 21 STEPS TO 21st CENTURY LEARNING PHASES The 21 Steps to 21st Century Learning are divided into two main phases. Part 2: Implementation (Steps 12-21)

The 1900 House - Lesson Plans - Our Town, 1900 What made up a town in the 1900's? Who lived in these towns? What was the main industry? What kind of jobs did people have? Why were the towns located in specific places? How did the towns survive or did they perish? Grade Level: 5 - 8 Subject Matter: Social Studies, Geography, Math and Language Arts Curricular uses: Learning objectives: Use of the Internet: Investigation/Research, Share information, Collaboration, Publication (web pages within individual schools) Use of Computer: Word processing, SpreadSheets and Presentation software Use of Communication Technologies: Letters, Telephone Calls, Interviews, Reading/Research and Discussions.

Puzzling Dimensions This narrative is not a study that at this time really has an ending – this is only the beginning. There are so many horror stories to document. With very little digging I venture to say that one would uncover enough similar cases to build a thesis that the content of scholarship about India is tainted, and that honest research is victimized by a hegemony of predetermined anti-Hinduism outcomes. It would be worthwhile to do an ethnography of graduate students in American universities inquiring about these issues. I remember a grad student at UT who asked in a class of Sanskrit about the harmonic resonance and metaphysical meaning of particular sounds. Several years ago, I was told by a leading professor of "South Asian Studies" at a major University that I "should never report anything positive about the BJP" (Sangh Parivar combine) or I "would never find a job in American academia". D.V. It is important to note that for the Leftists, Akbar is sacrosanct.

The Asia-Pacific Journal: Japan Focus Presentations | always learning Below is a list of presentations I have given over the past several years: The 21st Century Learner Session Overview: Looking to engage your students through the use of new technologies? Wondering about the key skills and attributes they will need for their future? The 21st Century Educator (Updated) Session Overview: What exactly do RSS, blogs, wikis, podcasts, social networking and VOIP have to do with your professional practice? The 21st Century Classroom Using the backwards design process, learn how to embed authentic use of technology into a project-based learning experiences for your students. Connecting to Learn, Learning to Connect: Social Networking in the Classroom Find out how social networks are being used in classrooms at all grade levels (from second grade to twelfth grade) to create globally collaborative projects, engage students at the appropriate learning level, and enhance curricular conversations outside the classroom. Ready to “flatten” your classroom walls?

Muse India “Krishnadeva Raya’s distinction in the realm of poetry is known by the very fact that his poetical work Amuktamalyada has traditionallybeen included among the five classics in Telugu language which arerequired reading for aspirants to scholarship.” – Adapa Ramakrishna Rao, Telugu Scholar Krishnadevaraya was a scholar and poet of considerable merit. He was described by his courtiers as Sahiti-samarangana-sarvabhauma, an emperor in the realm of literature as well as the battlefield. Nandi Timmanna, one of his poet laureates, described the ruler in his Parijatapaharana as ‘the brightest sun at dawn, shining with a radiance of the nine gems, in the Bhuvana Vijaya court.’ Krishnadevaraya’s literary fame rests on Amukta Malyada. Traditionally this work has been included among the five great classics of Telugu literature. It is of interest to note that 3 of the 4 great poets of these works, other than Krishnadeva Raya himself, were poet-laureates in his court.