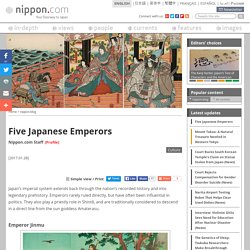 Emperors rarely ruled directly, but have often been influential in politics. They also play a priestly role in Shintō, and are traditionally considered to descend in a direct line from the sun goddess Amaterasu. Emperor Jinmu Japan’s fabled first-ever emperor founded the country in 660 BC, according to the Kojiki and Nihon Shoki, chronicles written in the early eighth century. Before taking the throne, he is said to have won a major battle when a golden bird flew down and landed on his bow, dazzling his enemies. Empress Suiko (554–628) Suiko, counted as the thirty-third tennō in the traditional order, ascended the throne in 592 to become Japan’s first nonlegendary empress and the first of eight women who would sit on the Chrysanthemum Throne in recorded history. Osaka dig yields 140 tombs likely from Yayoi Period. OSAKA – The Osaka Center for Cultural Heritage and other entities said Thursday that more than 140 ancient tombs have been found at two neighboring ruins in Ibaraki, Osaka Prefecture. 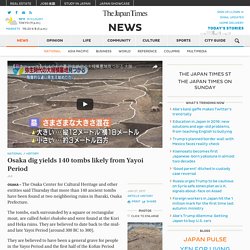 The tombs, each surrounded by a square or rectangular moat, are called hokei shukobo and were found at the Kori and Heka ruins. They are believed to date back to the mid- and late Yayoi Period (around 300 BC to 300). They are believed to have been a general grave for people in the Yayoi Period and the first half of the Kofun Period (around 300 to 700). The center believes the sites of the two ruins, where some 50 tomb remains had been found before the latest discoveries, were part of a large village in what is now northern Osaka. Japan Intercultural Consulting - EuropeE-learning. 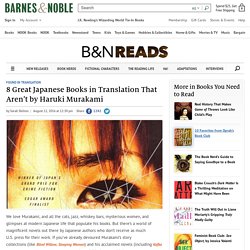 But there’s a world of magnificent novels out there by Japanese authors who don’t receive as much U.S. press for their work. If you’ve already devoured Murakami’s story collections (like Blind Willow, Sleeping Woman) and his acclaimed novels (including Kafka on the Shore, The Wind-up Bird Chronicle, and IQ84), it’s time to add these contemporary Japanese books to your end-of-summer reading list. There’s something for everyone: mysteries and thrillers, teen horror, relationship dramas, and twisted, yakuza-related crime stories, all taking place in locales that may be unfamiliar to American readers. Each will get your imagination churning and your passport begging for stamps. Here’s a sample of our favorite modern books from the land of the rising sun.

Et si partir étudier au Japon n'était en réalité pas si compliqué ? Experiencing Japan through Literature. After finishing a translated work, I always wonder what impact I could be missing out on because I didn’t read the book in its original language. 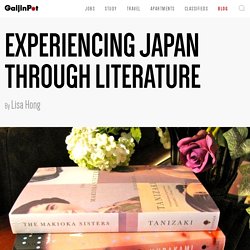 I am struck with even more awe if the translated novel has left me thinking about it for days afterwards. Below are a few Japanese books (translated into English) that have left a great impression on me, whether by breaking stereotypes, craftily incorporating mysticism, or by just the mere fact that that I could understand the setting and conflicts more because I live in Japan. Kafka On the Shore. "Tadaima Nippon (I’m Home, Japan) - A Study Abroad Video" 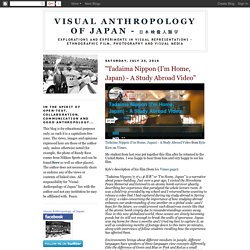 My student from last year put together this film after he returned to the United States. I was happy to hear from him and very happy to see his film. Kyle's description of his film (from his Vimeo page): "Tadaima Nippon/ただいま日本" or "I'm Home, Japan" is a narrative about peace-building. Just over a year ago, I visited the Hiroshima Peace Memorial and listened to an atomic bomb survivor ghastly describing her experience that paralyzed the whole lecture room. Environments brings about different mindsets in people, different languages have speakers of those languages view concepts differently (like the difference of Green and Blue or Pink and Red as a small example).

Tokyo Art Museum Recognized in UNESCO List: An Overview of World Heritage Sites in Japan. Tokyo’s First World Cultural Heritage Site On July 17, 2016, the World Heritage Committee of UNESCO announced the official registration of “The Architectural Work of Le Corbusier, an Outstanding Contribution to the Modern Movement” on its World Heritage list. 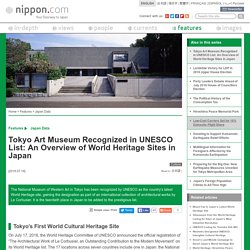 The 17 locations across seven countries include one in Japan: the National Museum of Western Art in Tokyo. The museum is Japan’s sixteenth World Cultural Heritage site and the first in Tokyo. This brings the country’s total number of World Heritage sites to 20, including its four World Natural Heritage sites. The Convention Concerning the Protection of the World Cultural and Natural Heritage (better known as the World Heritage Convention), adopted at the 1972 General Conference of UNESCO, called for a list to be created of natural and cultural sites of “outstanding universal value.” Japan Video Topics. The Asia-Pacific Journal: Japan Focus. Japan. People Japan. University of Hawaii Press - Japan. Precarious Japan. “Precarious Japan is a forward-thinking commentary on the current state of Japan, detailing a progressive history from the economic collapse in 1991 to how the country functions today in a modern, post-earthquake society. . . . 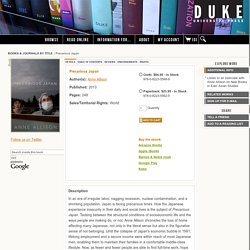 For those wondering just how precarious Japan’s future really is, this book is a good place to start.” — Jordan Sievers, Japan Times “The only reason that I didn't burst into tears while reading this book is because of extreme self-control.” — Eustacia Tan, With Love from Japan blog "Allison’s book is an impressive tour through important public discourses in Japan today, rooted in extensive discussion of contemporary popular literature and media. " — Kathryn E. Goldfarb, Somatosphere “[A]n important, thoughtful, and moving ethnography that deserves the attention of a wide audience.” — Carla Nappi, New Books in East Asian Studies "It will prove fascinating for almost any audience. 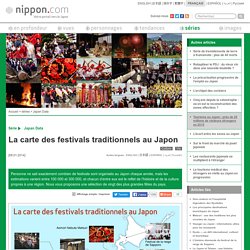 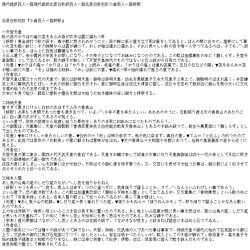 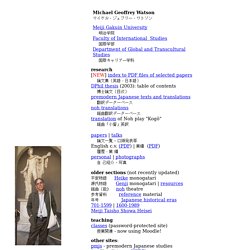 SOAS Occasional Translations in Japanese Studies ISSN: 2049-7571 onlineCopyright © 2012 SOAS, University of London www.soas.ac.uk/jrc/translations/ Kenzaburo Oe, "Huckleberry Finn and the American Dream in the Shadow of the Vietnam War", The Asia-Pacific Journal, Vol. 13, Issue. 42, No. 1, October 26, 2015. Translated by Hiroaki Sato Translator’s note: What follows is a translation of the second half of Ōe Kenzaburō’s article, America ryokōsha no yume—jigoku ni yuku Huckleberry Finn, which was first published in the September 1966 issue of the monthly Sekai (The World). The untranslated first half begins, “America. I shall never become entirely free from the oppressing, demonic power of the word America,” and describes how the writer has lived since boyhood “within the conflicting, extremely complicated [inferiority] complex that the word America evokes.” Ōe first read Huckleberry Finn as a boy in a remote Japanese mountain village.

Key Aspects of Japan. Anthropology of Japan in Japan. AJJは日本を人類学的に研究しようとする学者、特に日本在住の研究者に開かれた学会です。 毎年秋に定期的な大会を開催し、春にはワークショップをひらいています。 また日本文化人類学会の大会と連携した活動をおこなっています。 使用言語は1998年の創設以来、慣習として英語ですが、日本語を含む多言語の使用も認めています。 現在のところ、メンバーになるのに会員の推薦もいらなければ、会費も微収しておりません。 案内や連絡はwebsiteとe-mailにほとんどたよっています。 そのような意味でネットワーク型の学会ですから、どうぞ気楽にご参加ください。 学会事務局. Where Did Japanese Come From. By Namiko Abe It is not absolutely known to which language group Nihongo (Japanese language) belongs. The structure of Nihongo is completely different from Indo-European languages such as English and French. This is why it is seen as a difficult language to learn from a western perspective. It is known that Nihongo was developed within a reasonably stable (isolated) environment over a long period of time.

As a result of this isolation, a form of conversation developed wherein commonly known matters are not spoken of. Japanese Ghosts. By Namiko Abe It's Halloween time! Like many other western customs (Christmas, Valentine's Day etc.), the Japanese easily adopt it, especially for commercial purposes. There are pumpkins displayed at the stores, and some people wear costumes and go to parties. Japanese Monsters - Youkai. By Namiko Abe There are a few terms to describe Japanese ghosts. 国立国会図書館デジタルコレクション. Japan: Culture and History - Japanese Language and Literature - LibGuides at Portland State University.

8 Unspoken Social Rules that You should know before visiting Japan. Stand on the left side of Escalators People stand the left side of escalators and the right side is for people who walk faster. However, there is an exception which is in Osaka. Wabi-Sabi. Japanese aesthetics. Background to Japan. American Association of Teachers of Japanese. Study Abroad in Japan: At Home in Japan: What No One Tells You. Tutorial from the National East Asian Lanaguages Resource Center at The Ohio State University. くろしお出版WEB - リテラシーズ叢書５ 日本語教育学としてのライフストーリー - 語りを聞き、書くということ. BBC News website launches Japanese language site - BBC News. Starting today, you will be able to read and watch some of the BBC news website's best text and video stories on a new, Japanese-language site.

くろしお出版WEB - リテラシーズ叢書４ 異文化間教育とは何か - グローバル人材育成のために. Visit The English Lake District. Yuru Yuri - let's kiss. Ancient Japan. Meiji Restoration. Premodern Japanese Studies. PMJS is a worldwide network of scholars, students and professionals who do research specifically related to earlier periods of Japanese history, literature, art, culture, religion, and language. The network's main function is to serve as a platform for scholarly discussion and publication on topics related to premodern Japan. We also welcome the dissemination of information relevant to the field such as new publications, conferences, workshops, and job announcements. With over 1000 members from more than 30 countries, PMJS is the largest and most diverse academic network dedicated specifically to premodern Japan. The core of PMJS is a listserve that functions to facilitate scholarly discussion among members. PMJS Papers publishes academic material in both traditional and non-traditional formats, styles, and lengths.