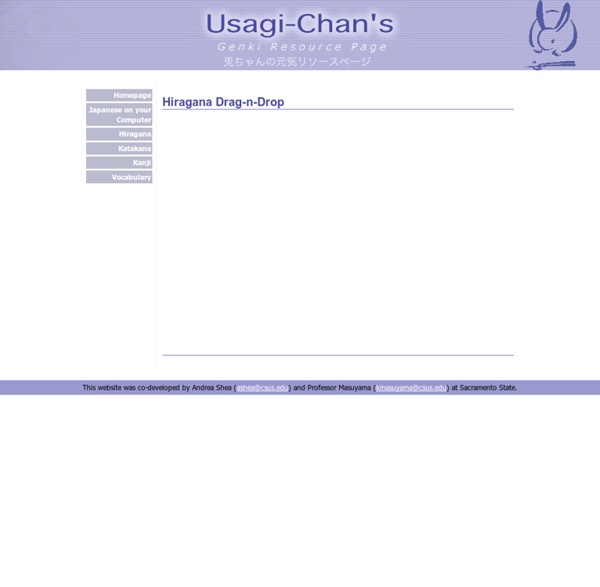 Learn Kanji Using Radicals | KANJIDAMAGE Japanese Numbers 100 – 900 | Japanese Language Blog Posted on 17. Mar, 2009 by Ginny in Uncategorized Unlike numbers 20 to 99, the number 100 has no relation to any previous single digit number. This is a number you’ll just have to memorize. Luckily for numbers 200 to 900, they look a lot like the numbers 2 – 9. 100 – hyaku (ひゃく) 200 – nihyaku (にひゃく) 300 – sanbyaku (さんびゃく) 400 – yonhyaku (よんひゃく) 500 – gohyaku (ごひゃく) 600 – roppyaku (ろっぴゃく) 700 – nanahyaku (ななひゃく) 800 – happyaku (はっぴゃく) 900 – kyuuhyaku (きゅうひゃく) There are a couple of numbers in particular that I want you to pay attention to. Another slight pronunciation change is the number for 600 and 800. Hopefully you’re finding a pattern. Tags: Japanese numbers Share this Post! Japanese Grammar> Avoid using anata whenever possible, and use the person's name with san instead. Similarly, when referring to a third person, use the person's name. The negative indefinite pronouns take a negative verb. The one reflexive pronoun is jibun (myself, yourself, etc.). There are no relative pronouns in Japanese, and the relative clause precedes the word it modifies. The demonstrative and iterrogative words, which are either pronouns, adjectives or adverbs, may be divided into four groups depending on the prefix: dare who nan, nani what nannin how many peopleikura how muchikutsu how manyitsu whendôshite why Particles wa Topic Yôko san wa daigakuin no gakusei desu. ga Subject Watashi wa sushi ga suki desu. o Direct object Torako wa kasasagi o mite imasu. no Possession, noun modification, apposition Simon wa musume no neko desu. ni object, location, direction, specific time Watashi wa Tanaka san ni hon o kasimashita. de Place of action, means, total, material e Direction Nihon e ikimasu ka. ga but

Japanese Hiragana typing game, hiragana typing game, Practice typing hiragana Before you begin: Important: Be sure that your operating system is a Japanese supported. Else you can't see how romanji characters changing to hiragana characters. By pressing the ALT+~on your keyboard will toggle to japanese typing mode and the usual setting. You need to enable you keyboard into japanese mode so that you can see how ROMANJI characters change to japanese hiragana. You may also Practice, Play Typing Katakana Game Japanese Grammar Guide This guide was created as a resource for those who want to learn Japanese grammar in a rational, intuitive way that makes sense in Japanese. The explanations are focused on how to make sense of the grammar not from English but from a Japanese point of view. Before you begin If your computer is not setup to display Japanese, you’ll want to enable Japanese support to read the Japanese text. Other formats Paperback – Available on Amazon.PDF Version – Philipp Kerling wrote an awesome script to convert the site to PDF.iOS app – The guide is now available for iOS devices created by Adam Critchley.Android app – The guide is now available on Google Play created by Ignatius Reza Lesmana. This work is released under a Creative Commons Attribution-Noncommercial-Share Alike License. The problem with conventional textbooks The problem with conventional textbooks is that they often have the following goals. A Japanese guide to learning Japanese grammar Suggestions

Home: Japan Society Japanese Cheat Sheet After 2 months of planning and composition (okay, so I did procrastinate quite a bit), I now understand how Moses felt when he descended Mount Sinai with the holy tablets. Behold, Nihonshock’s newly revised and much improved Japanese cheat sheet! This is a “cheat sheet” for the Japanese language. It is an attempt to condense and organize as many of the basic elements of the language onto one sheet of paper as possible. How do I use it? The intended use of this document is for you to download it, print it on two sides of one sheet of paper and keep it wherever you need it (in your Japanese textbook, on your desk, in your pocket, etc). It’s possible to keep the cheat sheet on your computer, but it won’t be anywhere near as handy or portable as a printed version, and you’ll need to do quite a bit of scrolling and zooming because of the small font size. What information is inside? Page 1 Page 2 Who is this for? This document will be most useful for beginner to intermediate Japanese learners.