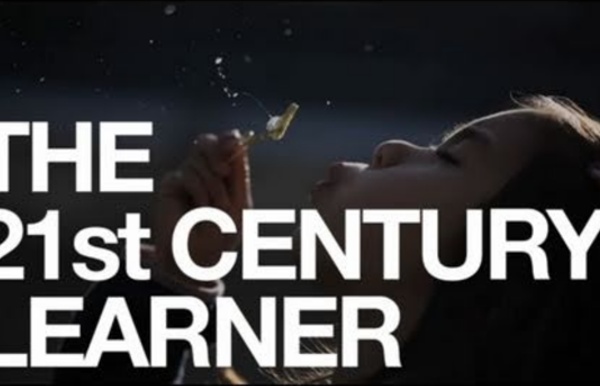 15 Characteristics of a 21st-Century Teacher Recent technological advances have affected many areas of our lives, including the way we communicate, collaborate, learn, and, of course, teach. Those advances necessitate an expansion of our vocabulary, producing definitions such as digital natives, digital immigrants, and the topic of this post—21st-century teacher. As I write this, I’m trying to recall if I ever had heard phrases such as 20th-century teacher or 19th-century teacher. Quick Google searches reassure me that there are no such word combinations.

What is TPACK? Abstract This paper describes a framework for teacher knowledge for technology integration called technological pedagogical content knowledge (originally TPCK, now known as TPACK, or technology, pedagogy, and content knowledge). This framework builds on Lee Shulman’s construct of pedagogical content knowledge (PCK) to include technology knowledge. The development of TPACK by teachers is critical to effective teaching with technology. Does games based learning work? « One of the questions educators ask me about games is “Does games based learning work?”. It’s a reasonable question, but it’s not the what people mean. Firstly, I can’t begin to answer without also asking them in return “Is play a serious activity?”. Most people seem believe it is, and can cite numerous examples from their own lives.

Digital Nativism Video Jessica Hunter was a shy and awkward girl who struggled to make friends at school. Then, at age 14, she reinvented herself online as Autumn Edows, a goth artist and model. She posted provocative photos of herself on the Web and fast developed a cult following. "I just became this whole different person," Autumn tells FRONTLINE. "I didn't feel like myself, but I liked the fact that I didn't feel like myself. I felt like someone completely different. Integrating the 4 Cs into Your Classroom This is a module of trainings designed to show how technology can be used to foster the 21st Century Skills of Collaboration, Communication, Critical Thinking, and Creativity. Although specific technologies are highlighted, there are hundreds more that are just as good that could be used for the same purposes! By the end of this learning module, the learner will be able to: Define the 4 Cs of 21st Century Skills.

Twenty Ideas for Engaging Projects The start of the school year offers an ideal time to introduce students to project-based learning. By starting with engaging projects, you'll grab their interest while establishing a solid foundation of important skills, such as knowing how to conduct research, engage experts, and collaborate with peers. In honor of Edutopia's 20th anniversary, here are 20 project ideas to get learning off to a good start. 1. Flat Stanley Refresh: Flat Stanley literacy projects are perennial favorites for inspiring students to communicate and connect, often across great distances. Now Flat Stanley has his own apps for iPhone and iPad, along with new online resources.

Creating a Game-Based Online Class One of the things that I like the most about the field of instructional design is the opportunity to think about that hard to quantify meta-level where you are teaching someone how to teach someone else. The most effective way to do this is to have your learner live the experience that you are trying to teach them to create. Unfortunately, the medium of a blog post does not permit me to teach you how to create a game-based curriculum by experiencing it.

Digital Nativism Prensky's Digital Nativism With an insulting tone worthy of the original American nativists who hated immigrants (especially Catholic ones), Marc Prensky speaks of pre-iPod humans (digital immigrants) contemptuously. (Prensky's work) In a rather shallow piece lacking in evidence or data, Prensky offers the terms "digital natives" and "digital immigrants" to set up a generational divide. His proposition is simple-minded. He paints digital experience as wonderful and old ways as worthless. Project-Based Learning Over time, the world of public education has grown increasingly difficult, for both students and teachers. Its focus has drifted from applicable, relevant instruction to test performance and attainment of standards. At times, the prognosis can seem bleak. However, there has been a renewed interest in and revival of John Dewey’s revolutionary 20th-century “learning by doing” theory, in the form of project-based learning (PBL) and the establishment of charter schools. With its focus on demonstration of knowledge and interdisciplinary ideals, project-based learning encourages students to become active participants in their learning.

Project Based Learning By Wayne D'Orio Here’s a riddle: Imagine there is a learning technique proven effective through 100 years of use that is now enhanced by the power of today’s technology. Imagine it can excite learners to continue their work well past the parameters of the school day. What is it, and would every school in the country do it? It is project-based learning, and the answer is yes, and no. Project-based learning can be traced back to John Dewey and it has come and gone since the early 20th century.