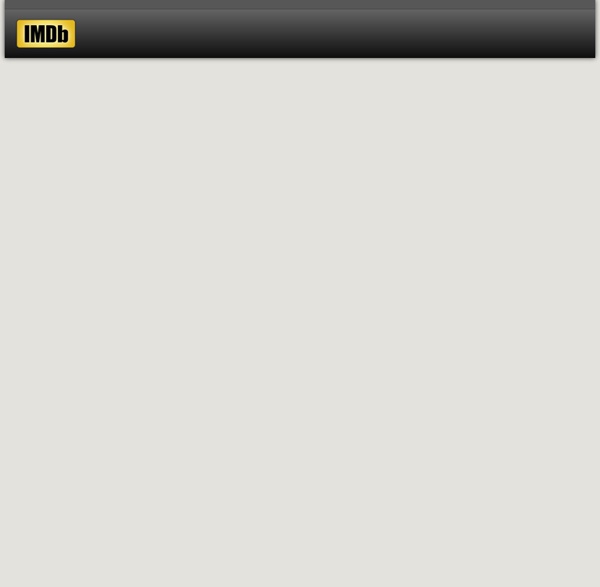 Goofs When Ofelia goes down the stairs in the labyrinth and is talking to the Faun, his shadow still shows Doug Jones' legs while they are in the stilts. The special effects crew took out his physical legs, but the shadow still exists. See more » Quotes [first lines] Pan: A long time ago, in the underground realm, where there are no lies or pain, there lived a Princess who dreamed of the human world. Soundtracks The River/El río Written by Javier Navarrete Produced by Emmanuel Chamboredon Ian P.

6 Utterly Traumatizing French Horror Films To Watch On Halloween The first time I sat down to watch a French horror movie, it was a film called Switchblade Romance (which would later get the name change High Tension for American Audiences), and it fucking floored me. It was, in a word, relentless. The movie pretty much gut-punched you in the first ten minutes, and never allowed you the chance to catch your breath again. While I have some definite issues with the ending of that movie (as most rational people do), there is no arguing that it opened the door for horror fans to sit up and take notice of the French. And that is just what the best horror fans did. I, being one of them.

In a Lonely Place Although lesser known than his other work, Bogart's performance in this film is considered by many critics to be among his finest and the film's reputation itself has grown over time along with Ray's.[2] The film is now considered a classic film noir, as evidenced by its inclusion on the Time magazine "All-Time 100 List"[3] as well as Slant Magazine's 100 Essential Films.[4] In 2007, In a Lonely Place was selected for preservation in the United States National Film Registry by the Library of Congress as being "culturally, historically, or aesthetically significant." Plot[edit] Bogart as Dixon Steele Dix claims to be too tired to read the novel, so he asks Mildred to go home with him, ostensibly to explain the plot.

The Caine Mutiny The Caine Mutiny is a 1951 Pulitzer Prize winning novel by Herman Wouk. The novel grew out of Wouk's personal experiences aboard a destroyer-minesweeper in the Pacific in World War II and deals with, among other things, the moral and ethical decisions made at sea by the captains of ships. The mutiny of the title is legalistic, not violent, and takes place during a historic typhoon in December 1944. The court-martial that results provides the dramatic climax to the plot. 7 Movies That Are Incredibly Hard To Watch I’ll go out on a limb and give a rough estimation that about 97% of movie buffs have come across at least one movie at some point in their lives that they just couldn’t watch from start to finish. Everyone has vastly different tastes in films, different things that make them tick and differing thresholds of tolerance for boredom, graphic violence and gore, downright stupidity and endless cliches. There are countless reasons why someone would decide to hit the stop button partway through a film. Filmmakers who are notorious for pushing the envelope are generally regarded as those who make the most disturbing of movies, with varying degrees of success. Some do succeed all the way and garner critical praise and lucrative financial gain, a la Quentin Tarantino. Others, while they may achieve a certain level of praise, do split people’s opinions straight down the middle about whether their films are artistic, or just plain torture porn.

Top Scary Movies; 5 Movies That Will Scare the Hell out of You This Halloween Horror movies are a funny bird. As you can tell from just looking at your Netflix account or by skimming through the selections of your local Redbox, there are so many of horror films that are produced on a steady basis, and you probably haven’t heard of many of them. I was shocked the other day when I discovered there was an actual horror movie entitled “Axe Giant: The Wrath of Paul Bunyan.” Was the world clamoring for a horror movie about Paul Bunyan? I haven’t seen this yet, and it may be enjoyable in a B-movie sort of way, but scary?

Key Largo Coordinates: Location of Key Largo, Florida (red dot near bottom of the map) December sunset, Key Largo Sunset, Key Largo 5 Horror Movies That Shouldn't Have Bombed!!! - Box Office success has very little to do with a film’s actual quality. There are so many factors at play – the release date, the marketing campaign, the general mood of the moment or the studio dumping it. And sometimes, audiences are just too dumb to get it the first time around. A surprising amount of the films we love and revere as classics today (though not every film on this list is thought of as such – some of them I just plain like) either flat-out bombed on their initial release or “underperformed” with regard to the expectations of the studio and filmmakers. Head below for 5 Horror Movies That Shouldn’t Have Bombed!!! The Thing (1982)

Dark Passage First edition cover Plot[edit] Vincent Parry, wrongly convicted of murdering his wife, escapes from prison and is taken in by Irene Jansen, an artist with an interest in his case.