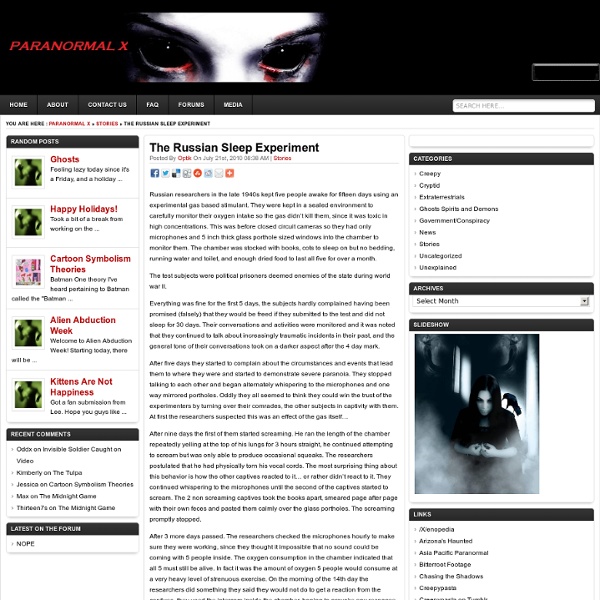 Need Some Motivation Right Now? Read This IMMEDIATELY If you’re in desperate need of some motivation, we’re going to fix that problem, right here, right now. Prepare yourself. WARNING: I’m going to swear and yell a little in this post. Desperate times call for desperate measures. You said you needed motivation. If this isn’t the kind of motivation you need, leave now. Alright. Here goes. Do you want some motherfucking motivation right now? I SAID, do you want some MOTHERFUCKING MOTIVATION RIGHT NOW? Do you want to get some seriously useful shit done today? Do you want to get off your ass and start producing instead of wallowing in despair, depression, self pity, fear, doubt or whatever is holding you back? Are you sick of not getting anything done? Let’s DO THIS. The point of this exercise is to give you motivation to do something right now. Follow the steps below carefully. 1. The world doesn’t care. And if you’re feeling depressed or down, stop feeling sorry for yourself while you’re at it. We all face obstacles. Did you catch that? Period. 2. 3. 4.

The Secret History of America The Greatest Conspiracy On Earth This May Be The Most Important Document You Ever Read In Your Life! Do you believe in a GRAND CONSPIRACY ? Do you believe Oswald acted alone ? Do you believe that government is corrupt ? The road that we are taking as a nation in America and as a human race on the planet Earth is being paved for us in advance and sold to us for a profit. Many people talk about conspiracies such as WATERGATE, IRAN-CONTRA, THE S & L (Savings and Loan) SCANDAL, THE FEDERAL RESERVE, OCTOBER SURPRISE, KENNEDY, THE FREEMASONS, THE COUNCIL ON FOREIGN RELATIONS and THE TRILATERAL COMMISSION, and even GREY ALIENS, but very few people know the real facts enough to explain them because they are not researched themselves. For AT LEAST five- to ten thousand years, mankind has been aware of MORE scientific and spiritual facts than we are currently aware of today as a great society and nation. The Assassins, as well as a society called The Order of Lady of Sion appeared at the same time around 1090 AD.

Explained at last: life, the universe and everything | Books | The Observer What existed before the Big Bang? To call the beginning of the universe the "Big Bang" (science shorthand for that most distant moment to which one can still trace the operation of our laws of physics) is to use something of a misnomer. Current evidence suggests that, far from being "big", the whole, vast expanse of space and all the visible galaxies and stars originated in a dense sphere of glowing gas much smaller than a pea. Some cosmologists, affecting a familiarity with events so far removed from our everyday experience, refer to the beginning now as just the "Bang", while general relativists – the scientists who study the physical consequences of Einstein's 1915 theory of relativity – draw a line at the base of their blackboards and say: this is the singularity where it all started. The era of the universe we live in began about 14 billion years ago, when all that we can see today was compressed to a very high density and pressure, a plasma hotter than that in the core of a star.

MakeMyTrip partners with OneAssist to offer theft and data-security to travellers MakeMyTrip, India’s leading OTA, has partnered with OneAssist Consumer Solution to offer assistance and protection products to customers. OneAssist’s EverydayAssist and TripAssist products are designed for travellers to secure their wallet and smartphone data against loss or theft and protect them from worries related with such incidents. In the event of theft or loss of credit or debit card or smartphone, MakeMyTrip customers can make a call from anywhere in the world and OneAssist will block the customers’ lost cards and smartphone, protecting their phone data against misuse and cards against financial loss. As part of the product package, OneAssist will also facilitate settling customer’s hotel bills & arrange for a return ticket in case the customer is unable to do so. Also, in case of lost passport while on travel, OneAssist will help in necessary documentation alongside providing for foreign language translation assistance. OneAssist co-founder Gagan Maini says: Simple?

Top 20 Unsolved Mysteries Unsolved Mysteries 1. The Creation of Man [ Wikipedia ] This is probably one of the most well known and controversial of mysteries known to man at the moment. The basic mystery is where did we come from? Many people believe we were created by some kind of God, others believe were naturally came into being through the process of evolution, and some even believe we were put onto earth by aliens. Because there is no conclusive evidence for either argument, this subject remains our greatest mystery. The concept of evolution states that through a series of adaptations and mutations from generation to generation, a creature can change dramatically over time. There are many arguments against evolution, mostly (in the West) from fundamentalist Christian bodies. The concept of creationism states that God made the Universe in the form in which it exists today. It attempts to explain away potential theological problems like dinosaurs, carbon dating, and the fossil record in general. 2. 3. 4. 5. 6. 7. 8.

Freud's *The Interpretation of Dreams* Chapter 1, Section D Back to Psych Web Home Page Back to The Interpretation of Dreams Table of Contents D. Why Dreams Are Forgotten After Waking That a dream fades away in the morning is proverbial. It is, indeed, possible to recall it. The forgetting of dreams is treated in the most detailed manner by Strumpell. In the first place, all those factors which induce forgetfulness in the waking state determine also the forgetting of dreams. * Periodically recurrent dreams have been observed repeatedly. According to Strumpell, other factors, deriving from the relation of the dream to the waking state, are even more effective in causing us to forget our dreams. Finally, we should remember that the fact that most people take but little interest in their dreams is conducive to the forgetting of dreams. It is therefore all the more remarkable, as Strumpell himself observes, that, in spite of all these reasons for forgetting the dream, so many dreams are retained in the memory. The observations of V. Write to Dr.

Global Warming's Terrifying New Math | Politics News If the pictures of those towering wildfires in Colorado haven't convinced you, or the size of your AC bill this summer, here are some hard numbers about climate change: June broke or tied 3,215 high-temperature records across the United States. That followed the warmest May on record for the Northern Hemisphere – the 327th consecutive month in which the temperature of the entire globe exceeded the 20th-century average, the odds of which occurring by simple chance were 3.7 x 10-99, a number considerably larger than the number of stars in the universe. Meteorologists reported that this spring was the warmest ever recorded for our nation – in fact, it crushed the old record by so much that it represented the "largest temperature departure from average of any season on record." The same week, Saudi authorities reported that it had rained in Mecca despite a temperature of 109 degrees, the hottest downpour in the planet's history. Not that our leaders seemed to notice.

Pearl Jam guitarist confirms 2013 release of 'experimental' album February 22, 2013 19:42 Mike McCready said that the follow-up to 'Backspacer' is influenced by Pink Floyd and punk rock Pearl Jam guitarist Mike McCready has said that the band will definitely be releasing a new album this year. Speaking to Rolling Stone, McCready said that the follow-up to 2009's 'Backspacer' will be coming out "this year, for sure". Of the content of the album, which will again be produced by Brendan O'Brien, McCready said inspiration was taken from Pink Floyd and punk rock, adding that the record is 'experimental'. He said: I would say as a cliché answer it's kind of a logical extension of what 'Backspacer' was. McCready said that seven songs are 'relatively completed' and there are an additional 15 'ready to go'. In turn, The Gaslight Anthem frontman Brian Fallon recently revealed that Pearl Jam have inspired his own band's plans for their next album. "I want to do the 'No Code' record [Pearl Jam's fourth album], that one.

Life of a nomad I’m confused. I’m simply confused as to how it’s possible that I have so far failed to properly explain how I’ve managed to travel/live/work abroad nonstop for 12 years straight (and counting). The questions are still pouring in every single day: How do you do it? How is it possible to travel for so long? Where does the money come from? And while I thoroughly enjoy communicating with readers (I’m being completely serious and encourage you all to continue sending your emails to me as often as you wish), the fact that these very questions are on the minds of so many of you out there has led me to believe that I need to do a better job at providing the answers. While it’s true that I’ve already written plenty of posts on the matter, clearly all of these posts, even as one collective entity, still fall well short of proving that a life of travel is not some crazy fantasy but a perfectly reasonable and easily attainable lifestyle option instead. So what am I to do? December 25, 1999: March 2000

30 Challenges for 30 Days Did you know that it takes 30 days to form a new habit? The first few days are similar as to how you would imagine the birth of a new river. Full of enthusiasm it gushes forth, only to be met by strong obstacles. So, take a moment to reflect on the question ‘Who do I want to be in 5 years?’ Check out this short TED talk first to get inspired: Now pick one or more challenges and stick with them! However, be cautioned, picking too many challenges at the same time can easily result in a failure of all of them. #1 Write a I-Like-This-About-You note/text/email each day for someone (Easy) This is the perfect way to let someone else know you care. #2 Talk to one stranger each day (Hard) This is a great one to cure approaching anxiety. #3 Take one picture each day (Hard) This one gets harder nearing the end of the challenge because at one point you will run out of the easy shots. #4 Re-evaluate one long-held belief each day (Intermediate) #5 Take a 30 minute walk each day (Easy) We recommend:

Resilient people more satisfied with life Public release date: 23-May-2012 [ Print | E-mail Share ] [ Close Window ] Contact: Joaquín T LimoneroJoaquin.limonero@uab.cat Universitat Autonoma de Barcelona When confronted with adverse situations such as the loss of a loved one, some people never fully recover from the pain. Researchers at the Basic Psychology Unit at Universitat Autònoma de Barcelona analysed the responses of 254 students from the Faculty of Psychology in different questionnaires. Research data shows that students who are more resilient, 20% of those surveyed, are more satisfied with their lives and are also those who believe they have control over their emotions and their state of mind. "Some of the characteristics of being resilient can be worked on and improved, such as self-esteem and being able to regulate one's emotions. [ Print | E-mail AAAS and EurekAlert!