The Poe Decoder - "The Raven" 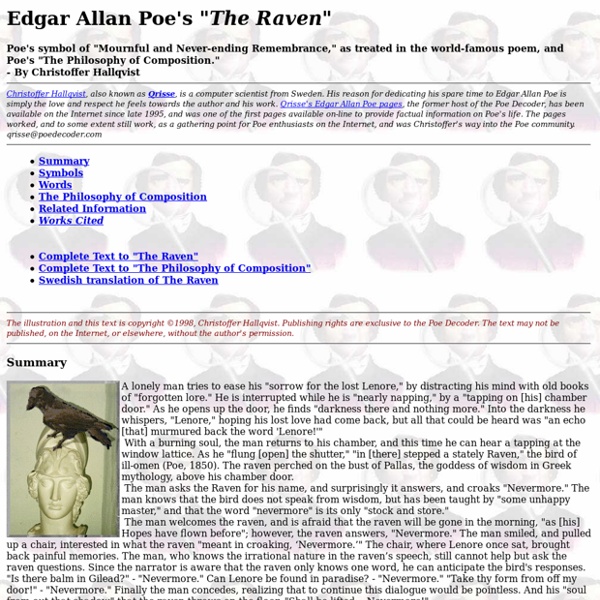 Edgar Allan Poe Born in Boston, he was the second child of two actors. His father abandoned the family in 1810, and his mother died the following year. Thus orphaned, the child was taken in by John and Frances Allan, of Richmond, Virginia. Although they never formally adopted him, Poe was with them well into young adulthood. Tension developed later as John Allan and Edgar repeatedly clashed over debts, including those incurred by gambling, and the cost of secondary education for the young man. Poe switched his focus to prose and spent the next several years working for literary journals and periodicals, becoming known for his own style of literary criticism. Poe and his works influenced literature in the United States and around the world, as well as in specialized fields, such as cosmology and cryptography. Life and career Early life He was born Edgar Poe in Boston, Massachusetts, on January 19, 1809, the second child of English-born actress Elizabeth Arnold Hopkins Poe and actor David Poe, Jr.