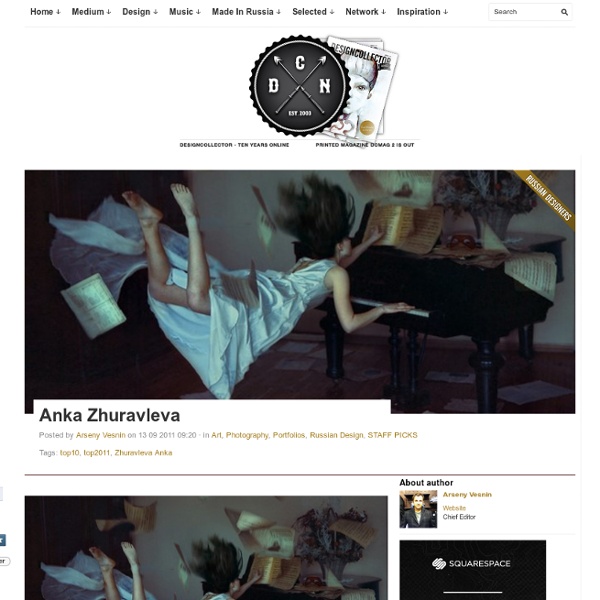 Moscow raised and StPete based awesome artist and photographer Anka Zhuravleva invites you to be mesmerized by her latest photo-artwork series “Distorted Gravity”. Anka-Zhuravleva.com

Nemertes Research Nemertes Research is a research-advisory firm that specializes in analyzing and quantifying the business value of emerging technologies headquartered in Mokena, Illinois. The Times called it "a respected American think-tank",[1] while others mention its name as a concrete example in an article criticizing "unscrupulous think tanks".[2] Research focus areas[edit]

I Didn't Know Animals Could Do That! Written by PETA | August 2, 2012 The following graphic shows some of the things that we have in common with our animal friends—and some of the differences that humans can only envy. Respect! I Didn’t Know Animals Could Do That! – An infographic by the team at I Didn’t Know Animals Could Do That! How To Do Easy Mehndi Designs (Tattoos) Learn how to create simple mehndi henna designs. The big bold floral patterns shown in this VideoJug tutorial are exotic yet perfect for beginners. Hi, my name's Reena. The Beauty of Jessamyn Series Portrait 2 by Tony Lin This is an image from a series I shot of one of my favortie models Jessamyn. I tend to shoot Jessamyn in different styles of modelling including fashion as we have become so used to working with each other, even though she lives on the other side of Australia from me. This is my personal favorite portrait shot of Jessamyn. Tags beauty, female, girl, goddess, portrait

Hammack Home This book is an introduction to the standard methods of proving mathematical theorems. It has been approved by the American Institute of Mathematics' Open Textbook Initiative. Also see the Mathematical Association of America Math DL review (of the 1st edition), and the Amazon reviews. The second edition is identical to the first edition, except some mistakes have been corrected, new exercises have been added, and Chapter 13 has been extended. (The Cantor-Bernstein-Schröeder theorem has been added.)

The nonagon (Method „A“) « Sacred geometry THE NONAGON (Method „A“)with example of trisection of angles larger than 90° Foreword to Chapter Eight Before we say anything about the nonagon, we will „single out“ one of the fundamental laws of sacred geometry that we might have noticed in our presentations up to now and which will be deepened in our forthcoming chapters.

Animals in funny situations Not everyone owns a pet, or has the chance to come across any animal daily for that matter, so it’s refreshing to see some of them captured in funny and interesting situations. Funny situations are around us in everyday life. All we need to do is to spot it. These photos will not leave anyone indifferent, animals can be so funny . Stellar by Ignacio Torres Beautifully executed animations by Texas photographer Ignacio Torres from his series Stellar. Via his website: This project began from the theory that humans are made of cosmic matter as a result of a stars death. I created imagery that showcased this cosmic birth through the use of dust and reflective confetti to create galaxies. The models organic bodily expressions as they are frozen in time between the particles suggest their celestial creation.

Bisection of Yin and Yang The flag of South Korea (and of Kingdom of Korea from 1883) contains the ancient yin-yang symbol (Taijitu in Chinese, Tomoye in Japanese and Taegeuk in Korean) that represents the struggle, merger and co-existence of two opposites (could be hot/cold, male/female, sky/earth, moon/sun, etc.) In the diagram Yin (the negative aspect) is rendered in black, with Yang (the positive aspect) rendered in white. Luminescent Bathtubs and Washbasins – Light from Sopha Industries Latest concept of bathtubs and washbasins from SOPHA Industries, known in France since 1973, is one of those which would be remembered. It’s absolutely brilliant and modern. The concept became a collection called Light. Its main feature is built-in 20W halogen lamps which could light as neutral white as colored. Lamps are positioned inside half-transparent polyethylene boxes. The shape of tubs and washbasins is mostly very simple even minimalist.

A Singular Creation Art Community We would like to ing you this feature tutorial by Linda Bergkvist, renowned in the digital arts community for her gorgeous portrayal of characters. In this tutorial, Linda shows us step by step how she paints realistic eyes. About Linda Bergkvist Linda Bergkvist is a renowned digital artist who currently lives in Sweden. Linda Bergkvist's website can be found at www.furiae.com.