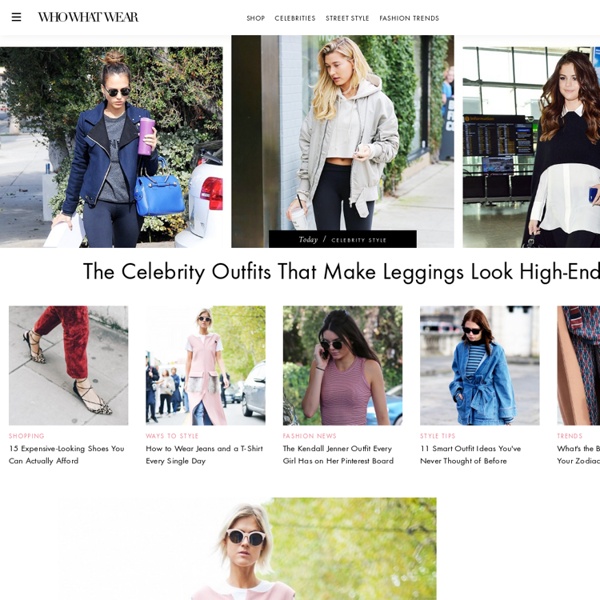 15 Chic and Creative Ways to Tie a Scarf How to tie a half-bow scarf To tie the half-bow scarf, you should first loop the scarf around your neck and tie once– like the first step of tying your shoelaces. Then, take one side of the scarf and make a one loop, as if you were only tying one side of the bow on your shoes. Take the longer section of the scarf and wrap it in front and then behind the entire scarf, next to your neck. Garance Doré - Page 4 The thing I heard the most this weekend during our Open Studio was from readers who came over to say: “I’ve been following your blog for years, it’s so great to see how it’s evolving…!” and nothing could make me happier than feeling that empathy. It’s fantastic, because it always reminds me of how I started — not even talking about it, being almost a little embarrassed to have the audacity to imagine that I could have a blog, or that I had this micro dream of doing something of my own. Back then, I didn’t tell anyone about it — only my three closest friends, actually. Read more

Spell & The Gypsy Collective Posted: 10 Apr. 2014 To celebrate the changing seasons and the upcoming release of our Fall/Winter 14′ collections we’re offering our most exciting INSTAGRAM GIVEAWAY yet! We’ve teamed up with the stunning BYRON AT BYRON RESORT AND SPA to offer one of our lucky instagram followers one of the biggest prizes we’ve ever offered.

212/BLOG - Fusing art and progressive fashion culture™ This Sunday a reconstructed bit of animation rarely seen, tremendously entertaining, and historically significant will screen at BAM. The Adventures of Prince Achmed, by pioneering, avant-garde, and often overlooked German filmmaker and female artist Lotte Reiniger, employs silhouetted black cardboard cutouts on illuminated glass to craft this dreamlike homage to The Arabian Nights. Developed using stop animation and originally released in 1926, this special closing day event, hosted by BAMcinemaFest, has enlisted two founding members of the Irish ambient rock band 3epkano's and avant-garde cellist Erik Friedlander to arrange and perform a new score as they find their muse in the oldest surviving animated feature film to date. More than eighty years later, what's most surprising about The Adventures of Prince Achmed is still how extraordinarily beautiful it is. Just as it must have been for viewers back in 1926.

DIY gift: hinge earrings i get lots of inspiration from hardware elements – as you may be able to tell from my Screw You jewelry pieces – so when i happened upon these very lightweight and beautifully shaped hinges at the hardware store, i knew they had to be earrings! i love these as a DIY gift for the holidays! Prep It: plierswire cuttersopen brass jump rings – 2 large and 2 smallbrass or gold plated earring wireshinges from hardware store – i chose a set of very lightweight brass hingesE6000 glue Style Scrapbook: DIY "OMBRE DENIM SHIRT" December 29, 2011 in Uncategorized by Andy I FINALLY got around to do this DIY but since I didn’t want to ruin one of my favorite denim shirts, I went and bought a cheap one at a small store and luckily, the operation was successful!. …This DIY is as simple as they come so if you are feeling adventurous, here is what you need and the step by step: *Special fabric bleach in powder (if you can’t find it, use normal bleach) *Gold buttons (make sure they are the same size as the buttons you are replacing)

Studded Hearts Planet Blue’s lastest fall campaign They produce the best lookbooks and quite often too! LUXLA Thank you @Oleg333 #gasworks #pandapup 7:04 pm • 12 April 2014 • 1 note 6:15 pm • 11 April 2014 The LUXLA Spring vibes #TheLUXLA #springvibes #jewelry #Fashion #photography #babe #art #inspiration DIY graffiti #shirt Don’t tag a wall, tag a shirt! Get inspired by street artists and wear your own graffiti with some fabric spray and an old piece of clothing that needs some sprucing! Use a # (hashtag) for a fun commentary on the new kind of tagging. #SHARE this video with and hashtag #mrkate! #ThankYou #CommentBelow