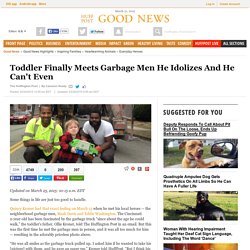 EDT Some things in life are just too good to handle. Quincy Kroner had that exact feeling on March 13 when he met his local heroes -- the neighborhood garbage men, Mark Davis and Eddie Washington. The Cincinnati 2-year-old has been fascinated by the garbage truck “since about the age he could walk,” the toddler’s father, Ollie Kroner, told The Huffington Post in an email. But this was the first time he met the garbage men in person, and it was all too much for him -- resulting in the adorably priceless photo above. “He was all smiles as the garbage truck pulled up. Friday was a long time coming for Quincy. The 2-year-old is a big fan of vehicles, but especially trucks, which is why he was rewarded with a toy garbage truck after successful potty training. Best Met Gala Looks of All Time. Feed » Brand Creative : The Best F/W Campaigns So Far. Every top tier brand ushers out a new campaign each season, but only a select few push creative boundaries instead of just pushing product. 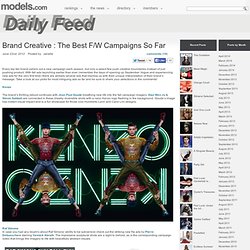 With fall ads launching earlier than ever (remember the days of opening up September Vogue and experiencing new ads for the very first time) there are already several ads that impress us with their unique interpretation of their brand’s message. Take a look at our picks for most intriguing ads so far and be sure to share your selections in the comments! Kenzo The brand’s thrilling reboot continues with Jean Paul Goude breathing new life into the fall campaign imagery. Iris and Tavi. Yesterday The Metropolitan Museum of Art played host to a conversation between style legend Iris Apfel, and Rookie Editor-in-Chief (and a budding style icon herself) Tavi Gevinson, in honor of the Costume Institute exhibit, “Schiaparelli and Prada: Impossible Conversations,” on view until August 19. 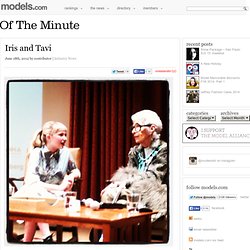 The bringing together of Tavi, aged 16, and Iris, aged 90, was an inspired pairing as each has not only a unique sense of style, but also the reputation for some hilarious one-liners. Apfel’s comments on Rei Kawakubo’s bump collection for Comme des Garçons “There’s no sense to pay a fortune and look like a freak… I can look ugly on my own and it won’t cost me a penny!” Had the whole auditorium roaring. The dialogue hit some serious notes too, however, with Gevinson declaring that ideas of good and bad taste are irrelevant, and that what matters more in style is having a sense of humor.

Apfel agreed immensely, saying, “When the fun is taken out of dressing, you might as well be dead!” Just One Look. My List: Karl Lagerfeld in 24 Hours. 8:00 A.M. 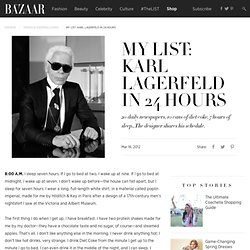 I sleep seven hours. If I go to bed at two, I wake up at nine. If I go to bed at midnight, I wake up at seven. I don't wake up before—the house can fall apart, but I sleep for seven hours. I wear a long, full-length white shirt, in a material called poplin imperial, made for me by Hilditch & Key in Paris after a design of a 17th-century men's nightshirt I saw at the Victoria and Albert Museum. Ralph Lauren Abira Leopard Ballet Flat: 100 Homecoming Shoes Under $100: Trendspotting. 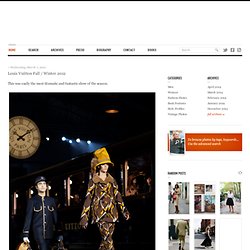 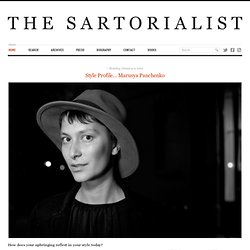 I grew up in Russia after the fall of the Soviet Union. During that time, imported goods from China were all you could buy. So, I was educated on quality and creativity by my mom, who sewed all of my clothes. Style Profile… Bruce Pask. Current job? 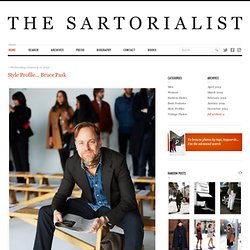 Men’s Fashion Director at T Magazine. First job? I was a Newsie in Arizona– I delivered the Yuma Daily Sun (get it?!) On my bike after school. During college I worked at the Gap while interning at museums in Georgetown, then graduated to Esprit the summer after. Style Profile… Adrianna Glaviano. Current profession? 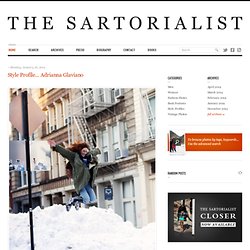 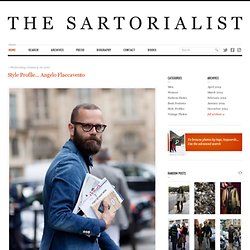 I customized backpacks in high school. It began with mine, then everyone wanted one. Style Profile… Michael Haar. Current Occupation? 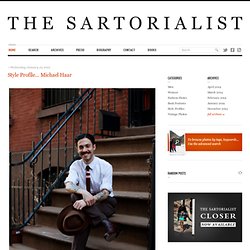 Barber and Archivist Which era influences your style the most? My fascination lies in the era of Vaudeville. It was sparked in college when a professor brought in some early 1900’s Jazz & Blues recordings; they blew me away. It was a curious time (approx. 1881-1932) when live entertainment was the primary form of entertainment– there was NO radio or television, and talking pictures wouldn’t take off until 1927! Style Profile…. Victoire Chopinaud. Current profession? I’m currently studying at l’Ecole de la Chambre Syndicale de la Couture, the fashion school in Paris where “masters” such as YSL, Dior and Vionnet came before me.