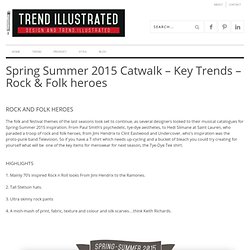 ReRunRoom vintage clothing & furniture by ReRunRoom. NukemeShop. India's New Wave. LONDON, United Kingdom — When LVMH awarded their inaugural prize to Thomas Tait back in May, the real surprise wasn’t the recipient of the grand prize but the announcement of two additional special prizes. 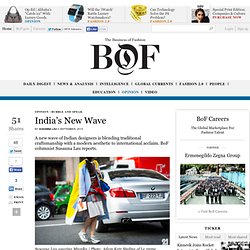 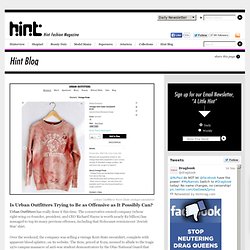 Urban Outfitters has really done it this time. The conservative-owned company (whose right-wing co-founder, president, and CEO Richard Hayne is worth nearly $2 billion) has managed to top its many previous offenses, including that Holocaust-reminiscent 'Jewish Star' shirt. Over the weekend, the company was selling a vintage Kent State sweatshirt, complete with apparent blood splatter, on its website. The item, priced at $129, seemed to allude to the tragic 1970 campus massacre of anti-war student demonstrators by the Ohio National Guard that that left four dead and many more wounded, becoming a symbol of college activism and state brutality. What to wear to New York Fashion Week? - Styled by Sofia Barattieri - Mrs Motilo - Join our community today - Motilo. 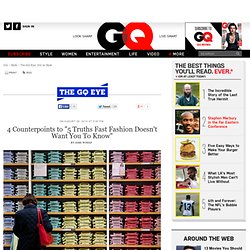 It's rapid release style of the latest runway trends at an affordable price is so effective, in fact, that Inditex, the company that owns Zara, is now that largest clothing brand on the planet. But The Huffington Post isn't impressed, and attempted to expose the ugly side of that industry. The author makes valid points about the potential of lead in some of the clothes at fast-fashion retailers and the realization that child labor is still being used to produce some of the garments. GQ: Get Real, Fast Fashion Isn't Going Anywhere - Rants. Friday, August 29, 2014, by Leslie Price Image via. 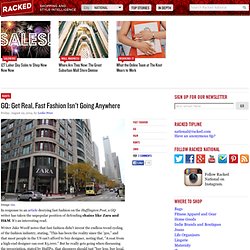 In response to an article decrying fast fashion on the Huffington Post, a GQ writer has taken the unpopular position of defending chains like Zara and H&M. Marks In Time. Lincoln Center Falling Out of Favor With New York Fashion Week Presenters. Photo Nothing fades faster than a shiny new toy. 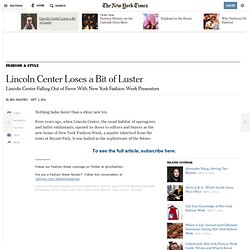 Four years ago, when Lincoln Center, the usual habitat of operagoers and ballet enthusiasts, opened its doors to editors and buyers as the new home of New York Fashion Week, a mantle inherited from the tents at Bryant Park, it was hailed as the sophisticate of the future. “Everyone thought it was going to be a more civilized experience,” said Anne Slowey, Elle magazine’s fashion news director. “The downside to Bryant Park was that you’d be tripping over wires getting in the door. Why Fashion Week Is Important, And How It Could Be Better - NYFW Spring 2014. This New York Fashion Week went off with the usual highs, lows and PR drama, but it started on an unhappy tone. 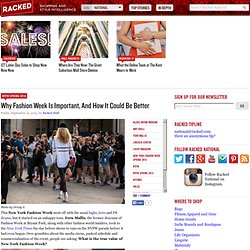 Fern Mallis, the former doyenne of Fashion Week at Bryant Park, along with other fashion world insiders, took to the New York Times the day before shows to rain on the NYFW parade before it had even begun. Over grumbles about the media circus, packed schedule and commercialization of the event, people are asking: What is the true value of New York Fashion Week? Photo by Driely S. "[NYFW] is a nice celebration of the industry and all of the art that goes into it, the creative minds and the talented craftsmen," Whitney Pozgay, the designer behind contemporary line WHIT, told Racked. Elephant Branded. 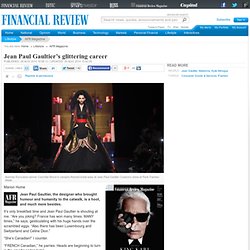 Marion Hume Jean Paul Gaultier, the designer who brought humour and humanity to the catwalk, is a hoot, and much more besides. It’s only breakfast time and Jean Paul Gaultier is shouting at me. “Are you joking? France has won many times. “She’s Canadian!” “FRENCH Canadian,” he parries. New York Fashion Week Spring 2015 Preview by Maya Singer. Ethical Fashion, Clothes swapping. OUR FASHION REVOLUTION STORY. Killing the Skinny Jean - BoF - The Business of Fashion. 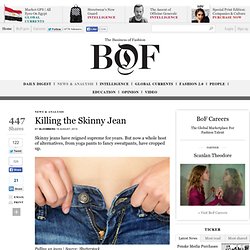 After all, women love and loathe them in equal measure. Three years ago, clothing merchants tried to snuff out the trend with an innovation called flares. Women kept right on buying their skinnies. Now, chains from mass market Gap Inc. to luxury-leaning Bloomingdale’s are trying again with looser styles. Gap’s answer: dressy sweat pants. The goal is to get women to buy new wardrobes and jolt anemic apparel sales.

“Women basically said, ‘I’m not wearing tight jeans — I’m done with them,’” he said. SYMPATHETIC PRICING. Trendwatching.com?s MINI TRENDS. HAiK + KAIBOSH two-way acetate sunglasses are fully reversible. Aug 14, 2014 HAiK + KAIBOSH two-way acetate sunglasses are fully reversible HAiK + KAIBOSH two-way acetate sunglasses are fully reversibleall images courtesy of KAIBOSH norwegian eyewear company KAIBOSH have collaborated with clothing brand HAiK on a series of limited edition reversible sunglasses. the ‘two-way’ sunglasses can be used both ways by simply flipping the temples around. each frame is made with an acetate front, are designed with a special hinge, available in round or rectangular shaped shades and five different color ways. the lenses are hand crafted using high quality tri-acetate polarised CR39 lenses with anti-scratch coating and feature UVA/B protection. to get your hands on a pair, see here. the ‘two-way’ in blue/white leopard colorway. 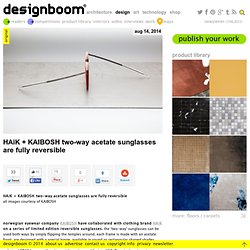