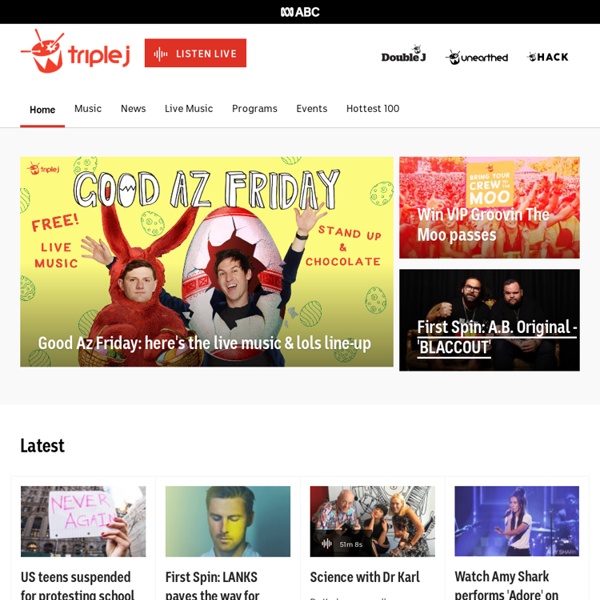 LiveStream Podcaster Live streaming is hardly new on the web. And a lot of startups are focused on it. One of them, Mogulus, now hopes to simplify the process, while upping the quality and adding new options. Mogulus’ is launching a new desktop application tonight called Procaster. But much more interesting are the side features of the new app. You can also zoom in on any area of a screen to highlight it with the click of a button. Even more interesting may be the game-casting feature. With Procaster, all of this can be done using any standard computer. Procaster is being unveiled right now at the NY Video Meetup. Can You See the Sunset? Why are white people on Sunrise with no experience calling for Indigenous child removals? | NITV This morning, I woke to the continuation of a national debate about the need to place Indigenous children with white families because of sexual abuse. Twitter soon became aghast with the all-white panel Sunrise convened to discuss the Federal Assistant Minister for Children and Families David Gillespie’s comments about placing Indigenous children with non-Indigenous families. Sexual abuse, child protection and Sexually Transmitted Infections (STIs) among children are challenging topics to discuss. They are emotive issues for Indigenous and non-Indigenous people alike. Gillespie has used the rates of STIs among young Indigenous people to justify his claims that the guidelines that that urge child protection agencies to place Indigenous children with Indigenous families, be relaxed. What the panellists, Prue MacSween and Ben Davis (4GB) failed to mention was some of the most relevant information on the issue - there is a tenuous link between STIs and child abuse.

KCRW Livestream web-TV Livestream, formerly known as Mogulus,[4] is a live streaming video platform that allows users to view and broadcast video content using a camera and a computer through the internet. It offers a free ad-supported service and multi-tiered premium services.[5] Livestream also offers wireless HD broadcasting in the form of a device combination called Livepack, described as "a satellite television truck in a backpack. History[edit] Livestream was cofounded as Mogulus in 2007 by Max Haot, Dayananda Nanjundappa, Phil Worthington, and Mark Kornfilt, and has offices in New York, Los Angeles and Bangalore.[11] It launched with a free streaming service, and introduced its white label “pro” service in April 2008 with Gannett Newspapers as its first customer. Services[edit] Livestream[13] is both a virtual television studio and embeddable video player, offering users the opportunity to produce and broadcast Web video in the manner of a television network. Concerts[edit] Twitcam[edit] See also[edit]

Zunerama Australian Aboriginal Flag Marching from Parliament House down King William Street to Victoria Square, Adelaide, to celebrate the 30th anniversary of the Aboriginal Flag, 8 July 2001. The Australian Aboriginal Flag represents Aboriginal Australians. It is one of the official flags of Australia, and holds special legal and political status. It is often flown together with the national flag and with the Torres Strait Islander Flag, which is also an official flag of Australia. The flag's width is 1.5 times its height. It is horizontally divided into a black region (above) and a red region (below). Status[edit] The Government of Australia granted it Flag of Australia status, under the Flags Act 1953, by proclamation on 14 July 1995.[2] Due to an "administrative oversight",[3] the 1995 proclamation was not lodged so that it would continue in force indefinitely; hence it automatically expired on 1 January 2008. Symbolic meaning[edit] The symbolic meaning of the flag colours (as stated by Harold Thomas) is:[5] Colours[edit]

Websites It is estimated the wild population of Siberian tigers at around 350-450 tigers. Almost all wild Siberian tigers live the Southeast corner of Russia in the Sikhote-Alin mountain range east of the Amur River. Their former range included northeastern China and the Korean Peninsula, and as far west as Mongolia. They are the largest of the tiger species and can grow up to 13 feet in length and weigh up to 700 lbs. The Siberian –or Amur- tiger is considered a critically endangered species with the primary threats to its’ survival in the wild being poaching and habitat loss from intensive logging and development. Tigers are most commonly poached for their fur and for their body parts used in Traditional Chinese Medicine. In 1993 the State Council of the People’s Republic of China issued a notice declaring the use of tiger bone for medicinal purposes to be illegal. The other vital concern for the survival of the Siberian tiger in the wild is habitat loss. These are formidable requirements.

Free Oldies Music - Our Musical Heritage - Playa Cofi Jukebox Touch (sport) Touch (also known as Touch Football or Touch Rugby) is a variant of rugby league that is organised by the Federation of International Touch (FIT). Distinctive features of touch football include the ease of learning it, minimal equipment requirements and the ability to play it without fear of major injury. While it is generally played with two teams of six on-field players, some social competitions allow different number of players per team on the field. It is played by both sexes, and in age divisions from primary school children to over-50s. Touch shares many terms in common with rugby league (e.g. onside, offside, intercept). Acting Half, or just Half (also informally called Dummy or Dummy Half): the player who receives the ball from the ground following the rollballDump or Quickie: a quick rollball to further attacking opportunities from the ensuing play. Rules The number of people on a field at one time is 6, but up to 14 people can be on the team.

Current News Feeds A SURGE in the number of applications for undergraduate science and maths courses has been attributed in part to a federal government scheme. The scheme is aimed to reduce student fee contributions in priority areas. Applications grew by 12.6 per cent to 19,390 for courses starting this year, following a 17 per cent rise to 17,222 last year. Demand was flat until last year, a spokesperson for Tertiary Education Minister Chris Evans said. The federal government allocated $562 million over four years in the 2008 budget to enable universities to lower fees for science and maths courses, amid concerns over the low demand for the courses, especially among high-performing students. Rob Norris, Monash University science dean and president of the Australian Council of Deans of Science, said applicants nominating science as their first preference at Monash next year had jumped by 28 per cent. "If it were clearly cheaper to do an arts degree, they may very well do that.