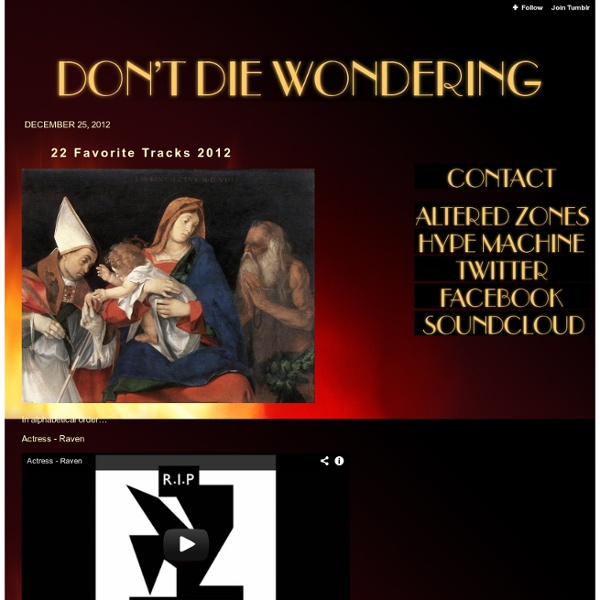 DanceCrasher DanceCrasher – the monkey speaks his mind – Home About DanceCrasher Music For Kids Who Can't Read Good: Weird in a good way. Like go An Album and a Song is a series where I pick a favorite album and song from a year (working up from 1960) for your listening pleasure. One rule: The year’s album and song can not both come from the same artist. Strangely enough, the Abbey Road got mixed reviews on it’s initial release, but retrospectively it’s rightfully considered The Beatles' last and perhaps greatest masterpiece. The album contains some of the finest songwriting of the band's careers whether it was Lennon's “Come Together”, Harrison’s “Something" (his greatest Beatles contribution), or McCartney’s masterful Side 2 medley, which sees the most legendary band of all time going out in the most grand fashion possible. Michael Jackson obviously had an incredible, groundbreaking solo career but if singing lead on the Jackson 5's "I Want You Back" was his only achievement, he’d still be a legend in my book. Listen to Abbey Road on Youtube and “I Want You Back" on Spotify.

Flashlight Tag Friday, October 11, 2013 Yuno - Grapefruit Oh buddy I can finally see the sun I can finally hear your voice. Music Pickings elite + taste. We manage Wale, Mike Posner, All Out, PRGz. Consult Y&R, Orisue clothing, Cloud9 watches. Last night I saw the Grammy nominations and was ecstatic as my friend and former client Wale was nominated for Best Rap Song. As I scrolled through the nominees I noticed an unfamiliar name garnering a nomination in the EDM category: Al Walser. I wouldn’t consider myself an EDM connoisseur but I am pretty familiar with the big names and up and comers.

Extremely Loud & Incredibly Close yvynyl The following was sent to me as a Letter to YVYNYL, but Mark Trecka also wrote it as “a reflection on travel, in general, and on experiences accrued while traveling in October 2013 while on tour with Angel Olsen and her band.” He is one third of Pillars and Tongues, along with Ben Babbitt and Beth Remis. Listen to their latest End in Memory EP, released last week. The Music Ninja - Discover new music everyday Scene and Heard with Will McGuirk Paul Reddick Band is booked to play the Music By The Bay club in Pickering. The blues player of the first order will be in Nov. 25. MuchMusic presents: K-Os Oct. 2 at the Masonic Temple in Toronto. The versatile rapper originally from Whitby will perform an one hour concert featuring collaborations with friends such as Emily Haines , Shad , Seb Grainger and others. Universal Music Canada will release the footage as a combination CD/DVD on Oct. 4. Luke Doucet has curated the first Sleepwalk Guitar Festival which will take place Nov. 4 - 6 at the Great Hall in Toronto.