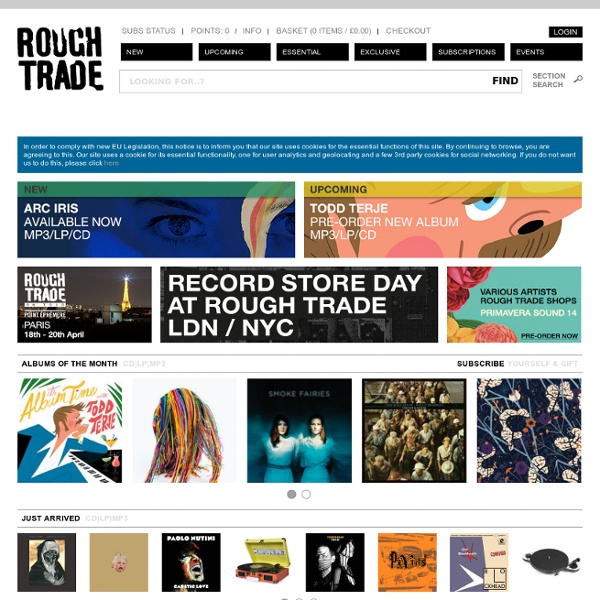 GoodNoisyCore Thrash Hits — The World’s Loudest Rock Music Website Illegal Art - Netlabel Shop The Keystone Cutups - DVD People Like Us & Ergo Phizmiz - Moon "This work explores the relationships between early silent-comedy and early avant-garde cinema. Using the influence of slapstick comedy on the Surrealists as a starting point, the pieces, through video-collage, combined with a musical score, reflect simultaneously upon the histories of two distinct schools of cinema, whilst producing a series of new works informed by both silent comedy and 'art' cinema." -Vicki Bennett Audio-only downloads included.

David Merta David Merta is an illustrator born in Slovakia. He came to England to study Illustration at Art University in Bournemouth, where he was taught by established industry names such as Joel Lardner, Marcus Oakley and David Callow. He enjoyed England so much he decided to stay after he graduated in 2012, and is now available for commission. His illustrations are marked by fine, careful executed details juxtaposed to organic textures and loose free-flowing strokes and shapes. Human figures are frequently depicted in his work, using a combination of the imagined and the observed, with his most recent works indulging in the use of vibrant colours. Here are some beautiful examples of his work, you can find more on his website and follow him on Twitter.

Screw Rock 'n' Roll First, the depth of the crisis is masked for the ALP by the electoral system. The two party preferred system inflates the focus on Labor when the real mood of the electorate is one of a cultural and emotional disengagement with the whole democratic system. The crisis is masked again by compulsory voting when representative democracy itself is now part of the problem as new horizontal and more direct forms of democracy permeate our lives, often online. But in Oz, while you are legally bound to participate in a system that, to say the least, is losing its legitimacy, democracy becomes more and more just an edifice. Of course, the same applies to the Liberals, but it matters more for the ALP because the right is always in power, regardless of whether it’s in office.

songs you taught me If you are a new angler one of the first challenges, before you ever get out on the water, is learning the terminology and what equipment you will need for the type of fishing you want to do. Fishing tackle is the term for everything fishing related, from reels,lines, floats, rods, baits & lures to nets, waders and tackle boxes. The selections and differences are massive, and knowing what you need, and even what is what, can be overwhelming to a new angler. Terminal tackle is the type of fishing tackle that is attached to the end of your fishing line and includes leaders, swivels, sinkers, floats and snaps.

Salao Coboi and his creatures inspired by fashion shows Salao Coboi: The 9 Worthies Well this is weird. You don’t normally associate strange, grotesque monsters with high-end fashion (unless of course, you do) but these are brilliant! Apolinário Pereira, a Portuguese visual artist and sculptor, makes these little creatures for a living, many of them inspired by the strange and glorious looks seen on the catwalk. This series is inspired by high-end fashion labels such as Maison Martin Margiela, Jil Sander, Raf Simons, ACNE and Paul Smith and the great thing about them is that they aren’t created with a cynical edge as you’d perhaps presume they may be. This is probably why these little guys are actually selling for a lot of money and are well-loved and in-demand by fashion designers worldwide.

Root Blog - frequent drool Saturday December 19, 7pm Microscope is very pleased to welcome San Francisco-based artist Paul Clipson back to the gallery for an evening of new and recent Super 8 and 16mm film – screened in their original formats – presented with Mono No Aware. The program of works made over the past three years includes films in which “aspects of memory, dreams and recordings of the everyday are juxtaposed with densely layered, in-camera edited studies of figurative and abstract environments vast and small, all within a flowing formal and thematic experimental aesthetic that encourages unplanned-for results.” The screening will be followed by a Q&A with Paul Clipson. $8 admission Total running time: 60 minutes