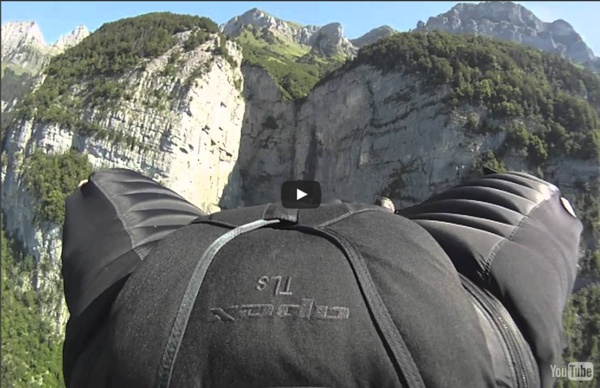 Take a virtual ride down a mountainside on the world's scariest 'rollercoaster' By Daily Mail Reporter Updated: 09:51 GMT, 24 November 2011 For some people the mere thought of skiing down a mountain is off-putting enough. But this Austrian alpine-coaster offers what is perhaps the most frighteningly fast - and seemingly dangerous - downhill descent there is. The single-pipe ride, which is located in Mieders, usually provides tourists with a slow, open trek down the mountainside. But one hardy adventurer recorded video footage of himself hurtling down the steep incline without applying the brakes.

21 Habits of Happy People - Global One TV Contributed by Cindy Holbrook “Happiness is a habit – cultivate it.” ~ Elbert Hubbar Happiness is one aspiration all people share. No one wants to be sad and depressed. We’ve all seen people who are always happy – even amidst agonizing life trials. Plitvice, a watery paradise in Croatia - StumbleUpon In recent years, Croatia has changed from a relative unknown to one of the trendiest destinations in Europe. To a great extent this is due to the country's rocky littoral, which, washed by the Adriatic, is considered one of the most beautiful of the Mediterranean coastlines. Then there is the rich history and cultural heritage of medieval towns such as Dubrovnik, Split and Sibenik. But the well-deserved popularity also depends on the protected natural areas, which make up some ten per cent of the country's area.

Most popular photography on StumbleUpon! 2011 is over, In this article, I am showcasing the most beautiful photographs that were stumbled on StumbleUpon. Let us take a look at this truly jaw-dropping collection and enjoy! Source: StumbleUpon *None of the images on this page are mine,they were found on StumbleUpon, meant to inspire.Any problems, just email. Experience Human Flight Experience Human Flight from InfinityList on Vimeo. Sometimes you have to slow things down to comprehend how far humans can push themselves. Experience Human Flight is a collaboration between French jump champs the Soul Flyers and several top Australian skydivers put under their charge. At just under two minutes, this video lasts almost twice as long as a typical skydive freefall. Of course, you can make a fall last longer by wearing a wingsuit or jumping from the stratosphere — Half a century later, Capt. Joseph Kittenger still holds the record for highest parachute jump at 102,800 feet.

Very Sad - StumbleUpon "When I was 17, I read a quote that went something like: "If you live each day as if it was your last, someday you'll most certainly be right." It made an impression on me, and since then, for the past 33 years, I have looked in the mirror every morning and asked myself: "If today were the last day of my life, would I want to do what I am about to do today?" And whenever the answer has been "No" for too many days in a row, I know I need to change something. Tempest Freerunning Academy Looks Like Real-Life Video Game Think of the Tempest Freerunning Academy as parkour meets video games. Unlike similar academies, this one comes with its very own Super Mario Bros. inspired area. Video after the break. [via Likecool - Gizmodo] Interesting Posts Around the Web

7 Lessons From 7 Great Minds - Global One TV - StumbleUpon Have you ever wished you could go back in time and have a conversation with one of the greatest minds in history? Well, you can’t sorry, they’re dead. Unless of course you’re clairaudient, be my guest. But for the rest of us, we can still refer to the words they left behind. Even though these great teachers have passed on, their words still live, and in them their wisdom. I’ve made a list of seven what I believe are some of the greatest teachings by the world’s greatest minds. Extraordinary BMX Tricks Categories October 25, 2010 1:02pm By Rowdy Joe Videos Extraordinary BMX Tricks High Existence - StumbleUpon Memorize something everyday.Not only will this leave your brain sharp and your memory functioning, you will also have a huge library of quotes to bust out at any moment. Poetry, sayings and philosophies are your best options.Constantly try to reduce your attachment to possessions.Those who are heavy-set with material desires will have a lot of trouble when their things are taken away from them or lost. Possessions do end up owning you, not the other way around. Become a person of minimal needs and you will be much more content.Develop an endless curiosity about this world.Become an explorer and view the world as your jungle. Stop and observe all of the little things as completely unique events.

Watch a man climb a mountain in under five minutes // Current To Our Faithful Current.com Users: Current's run has ended after eight exciting years on air and online. The Current TV staff has appreciated your interest, support, participation and unflagging loyalty over the years.